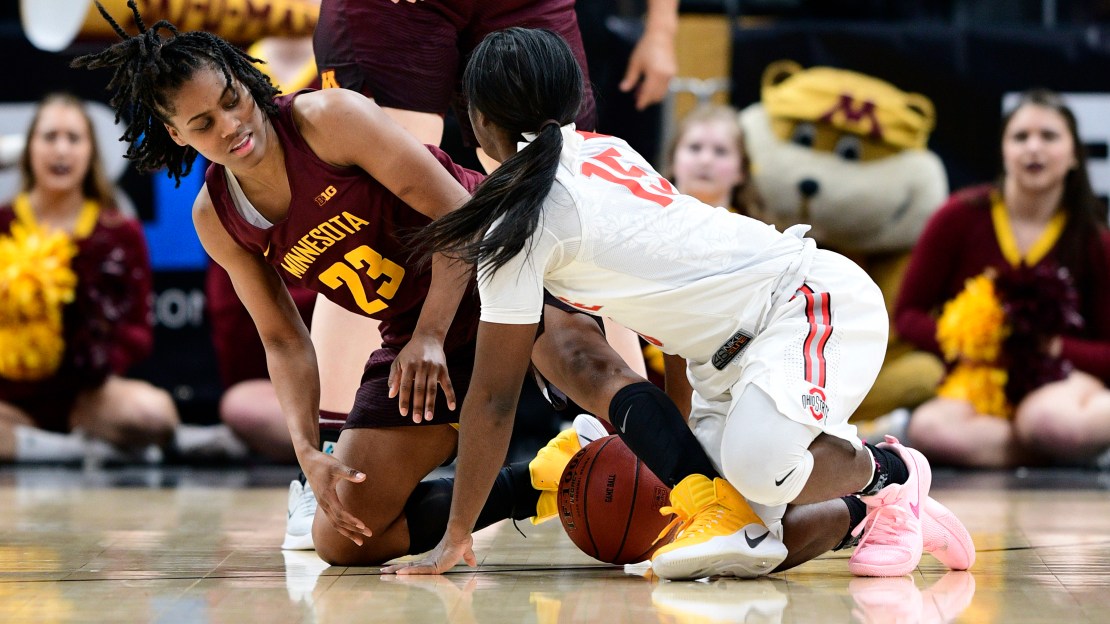 It will be No. 1 vs. No. 2 in the Big Ten women's basketball tournament final Sunday in Indianapolis.

Catch up on the semifinals below.

OHIO STATE 90, MINNESOTA 88
(AP) Kelsey Mitchell scored 30 points, Stephanie Mavunga had 26 points, a Big Ten Conference Tournament record 21 rebounds and seven blocks, and No. 13 Ohio State used a late run to edge fourth-seeded Minnesota 90-88 in a semifinal game on Saturday. The top-seeded Buckeyes didn't secure a spot in the championship game until Carlie Wagner's 12-foot jumper from the right of the lane bounced off the rim as time expired.

Survive and Advance. That's what March is all about
RECAP: https://t.co/RA58NdoqvR pic.twitter.com/CtS9UVgdQG

MARYLAND 66, NEBRASKA 53
(AP) Brianna Fraser scored 18 points on 6-of-7 shooting and Eleanna Christinaki had 14 points and a career-high 16 rebounds to help No. 17 Maryland beat Nebraska 66-53 on Saturday night in the Big Ten Tournament semifinals. No. 2 seed Maryland (25-6) will play top-seeded and No. 13 Ohio State in the championship game Sunday. The Terrapins won the only other matchup between the teams this season 99-69 on Jan. 22 in College Park, Maryland.