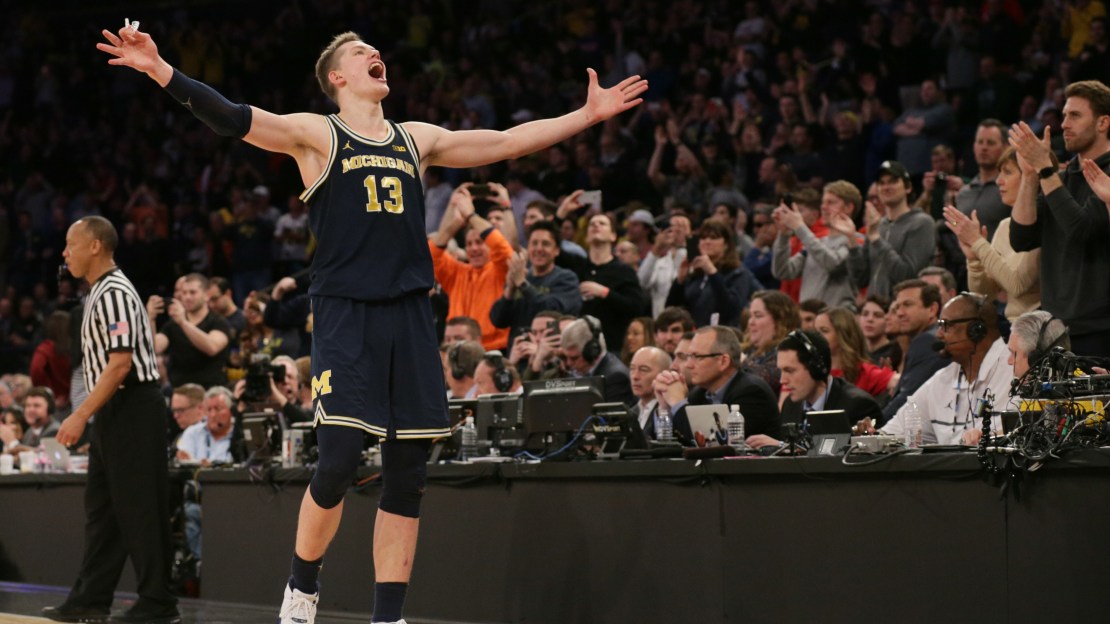 NEW YORK — To say the Michigan-Michigan State rivalry is intense would be an understatement. These schools just don?t like each other. And that intensity continued to manifest itself in Saturday?s semifinal Big Ten tourney clash.

A trip to the Big Ten title game was on the line. And the fifth-seeded Wolverines won, taking a hard-fought 75-64 decision and ending top-seeded MSU?s 13-game winning streak. The defeat also likely killed any hope the Spartans had for a No. 1 seed in the NCAA tourney.

Best star: Let?s hear it for Moe Wagner, who tallied 15 points and paced the team with eight rebounds, helping the Wolverines outrebound their rival, 36-33.

Best shot: Muhammad-Ali Abdur-Rahkman let fly with a 3-pointer as the shot clock was about to expire. The ball lazed around the rim and dropped through, setting off a charge through the crowd. The shot gave the Wolverines a 62-54 lead with 2:48 to go. Michigan shot 44 percent compared to Michigan State?s 38.

It was over when: A 3-pointer by Michigan State?s Matt McQuaid with 3:22 left cut Michigan?s lead to 59-54. But the Spartans would get no closer. Michigan answered with the aforementioned Muhammad-Ali Abdur-Rahkman?s killer 3-pointer and never looked back.

Did you see that? With Michigan leading, 13-6, with 15:36 left in the first half, Michigan State?s Nick Ward was whistled for a technical after he went nose-to-nose with Charles Matthews.

Best tweet: Spike Albrecht. The former Michigan (and Purdue) point guard is a great follow, especially during his old teams' games. He provided many gems during this one, highlighted by the tweet. Honestly, former Michigan stars were on their game in the aftermath of this rivalry win, with Zack Novak and D.J. Wilson throwing some shade.

Best photo: Michigan's Jordan Poole. The confident freshman knew how to react to Michigan State star Miles Bridges fouling out late in the second half.

Miles Bridges fouls out, and Jordan Poole waves goodbye from the bench. ? pic.twitter.com/RgrbzSAGT4