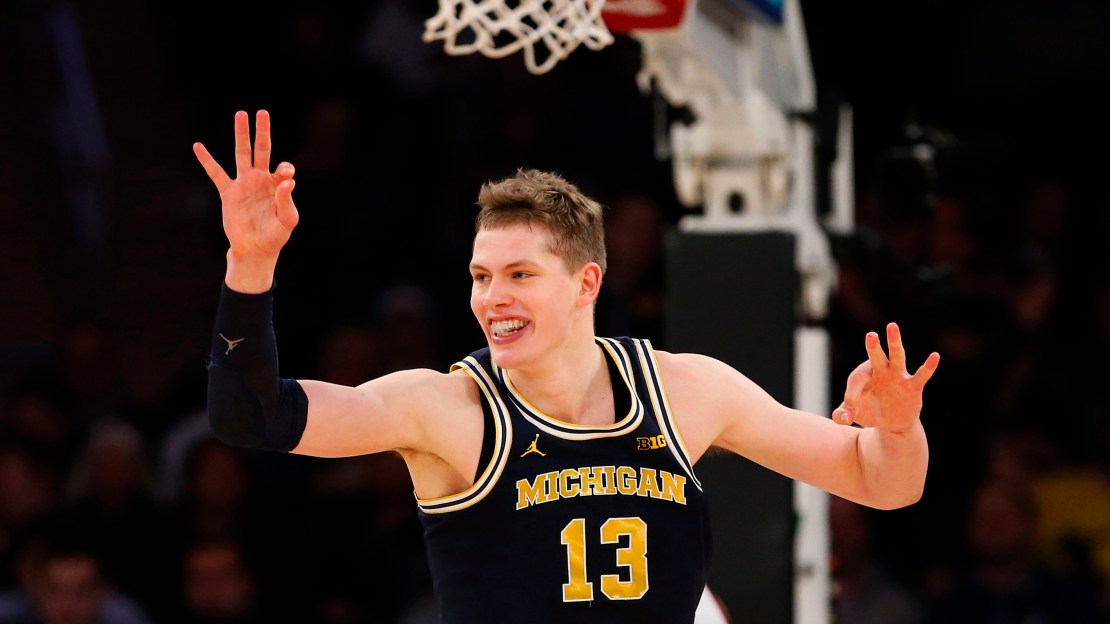 NEW YORK — This is familiar territory for Michigan. It won the Big Ten tourney as a No. 8 seed last year. And, it?s looking to make a similar run this March as a No. 5 seed as it rides a seven-game winning streak. Michigan took a step closer to another title with a 77-58 win vs. No. 4 Nebraska.

This is a hot Wolverines team which last lost at Northwestern. Nebraska entered the day with a sparkling 22-9 overall record, a 13-5 Big Ten mark and with dreams of the Big Dance dancing in their head. But those dreams are all but dead after this loss. Yes, Nebraska has a lot of wins, but most are hallow. The quality of the victories is lacking. Still, this was an historic season on many fronts from Tim Miles? crew.

Best player: Take your pick among Moe Wagner, Muhammad-Ali Abdur-Rahkman and Duncan Robinson, who all scored in double-figures. Let?s go with Wagner, who had 20 points on 9-of-16 shooting to go with 13 rebounds.

Best dunk: Midway through the first half, Michigan?s Moe Wagner caught the ball at the arc in a corner. He head-faked by his defender, drove to the basket and delivered an authoritative two-handed slam.

Best shot: It was a pretty scoop and score by Michigan?s Zavier Simpson, who drove the lane and with one hand scooped and lifted the ball high over an outstretched arm, off the glass and into the hoop. That gave the Wolverines a 50-35 lead in the second half.

It was over when: Nebraska had whittled Michigan?s lead down to seven in the second half. But that?s when the Wolverines went on a 10-2 run to take a 50-35 lead with 11:03 left. About five minutes later (6:01), Michigan led, 61-42. The Wolverines never looked back and cruised to victory as their bench outscored Nebraska?s, 20-5.

"I've got to find a German way to tell him that fouling is stupid." ?