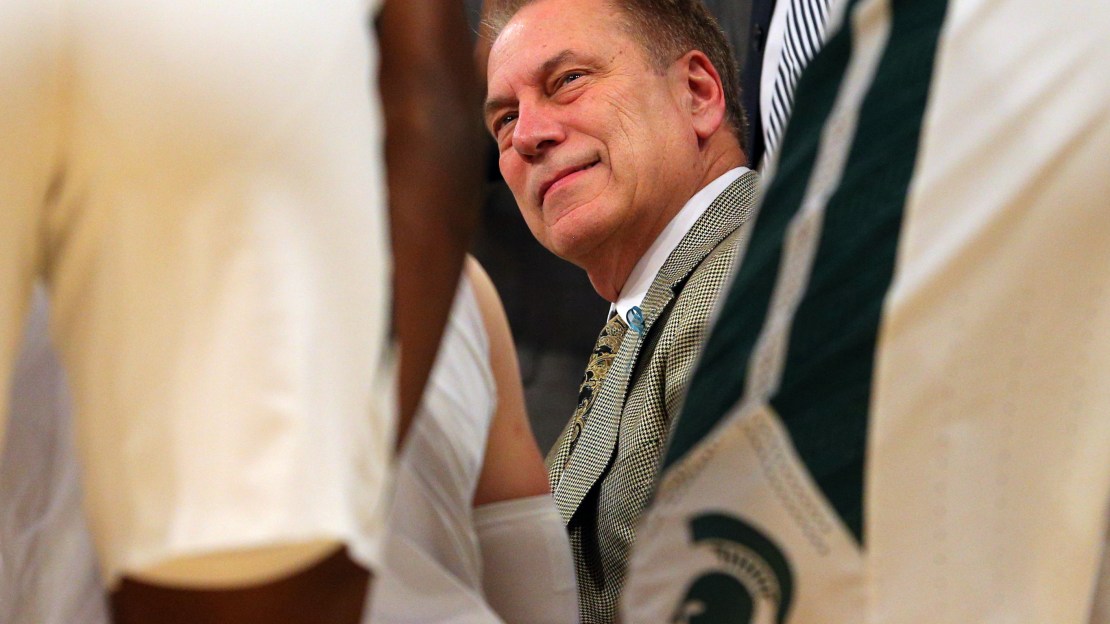 NEW YORK — Michigan State arrived in New York as the No. 1 seed. And the Spartans delivered on their promise by beating No. 9 Wisconsin in their opening game of the Big Ten tourney Friday afternoon.

It wasn?t a thing of beauty, as the Spartans had to fight to the last seconds to hang on for the win, the team?s 13th in a row. The Badgers gave it a valiant effort before succumbing. Wisconsin will miss the NCAA tourney for the first time since 1998, ending a 19-year run.

Best player: Wisconsin's Ethan Happ had a game-high 22 points and was spectacular. But let?s go with MSU?s Miles Bridges. He led the Spartans with 20 points, hitting 7-of-15 shots with nine rebounds.

Best shot: Early in the game, Michigan State?s Cassius Winston went end to end and made a sweet up-and-under move to score and give his team a 12-10 edge. It was a thing of beauty.

Best dunk: This one is gonna be difficult to top, as Wisconsin's Brad Davison lobbed a perfect pass to Khalil Iverson, who caught the ball in midair with his back to the basket and slammed it home. Unbelievable.

It was over when: Not until the final seconds could Michigan State exhale. The Spartans led, 63-60, with Miles Bridges at the free throw line with a chance to ice the game with 27 seconds left. But Bridges missed the front end of a one-and-one, giving Wisconsin a chance to tie the game with a 3-pointer. After a timeout, the Badgers were unable to get a good look at the hoop, as Brad Davison?s deep and contested 3-pointer didn?t draw iron. Game over. Spartans win despite committing 11 turnovers and being outscored 36-26 in the paint.

Did you see that? Who is that in the crowd? Former big-league pitching ace John Smoltz, a native of Michigan. Former Michigan State players Branden Dawson and Alvin Ellis III were sitting courtside, too.

As Centerfield by John Fogerty blares, MSG cameras cut to John Smoltz who is in attendance for today?s game. pic.twitter.com/JjcsxOkLR8