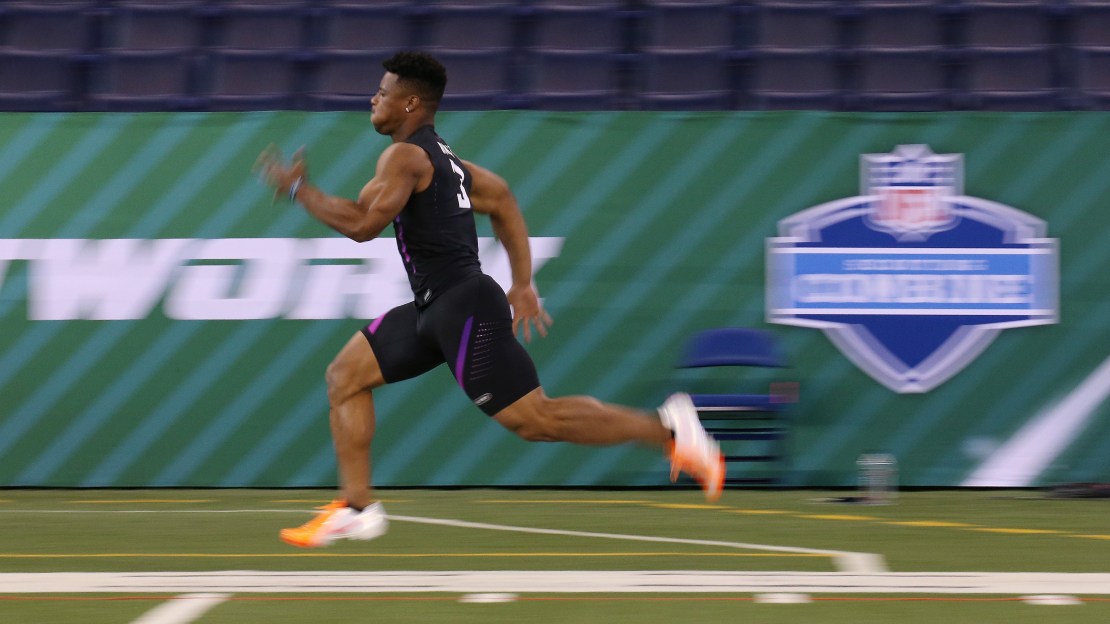 This will surprise no one who watched Saquon Barkley during his decorated Penn State career: The electric running back and likely early first-round pick of the 2018 NFL Draft was the talk of the NFL Combine on Saturday.

You name the event, and Barkley turned plenty of heads – all while topping a host of current and former NFL stars' Combine stats.

See the specifics of Barkley's head-turning day in the tweet below, and watch some of his highlights below it.

.@saquonb21 showing off his hands out of the backfield. #NFLCombine pic.twitter.com/JoRsygM9Ay

The only player with 25+ bench press reps and a 40+ inch vertical at the 2017 Combine was eventual #1 overall pick DE Myles Garrett (33 reps, 41? vertical)@PennStateFball@saquonb21