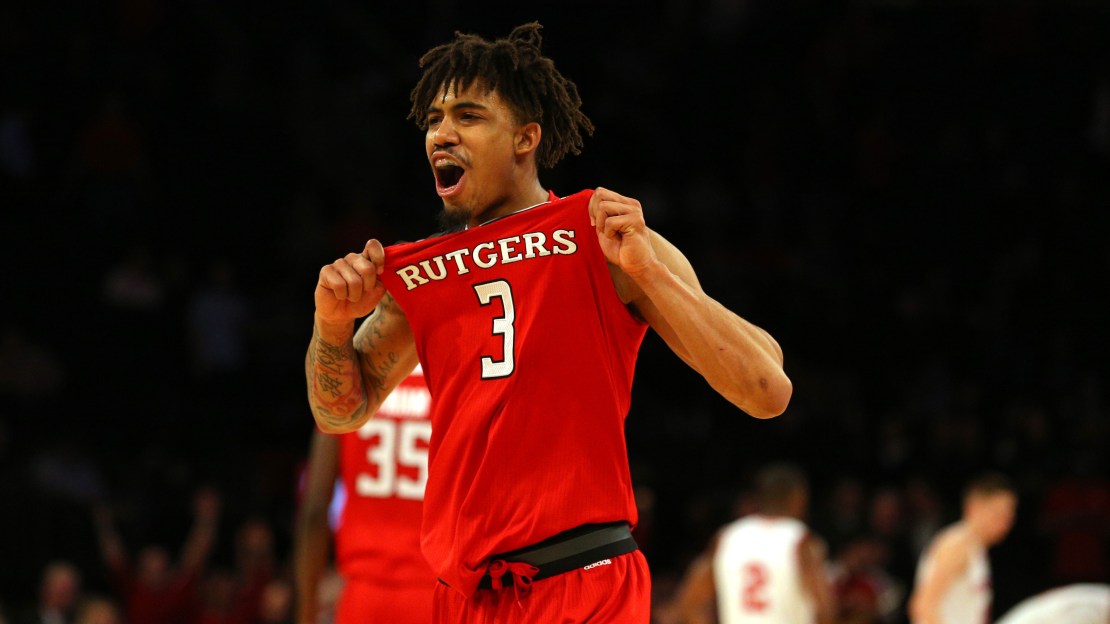 NEW YORK — Seeded 14th, Rutgers turned some heads by beating No. 11 Minnesota in the first round. It was the second year in a row the Scarlet Knights had opened with a win in the Big Ten tourney. But Rutgers wasn?t satisfied, taking down No. 6 Indiana, 76-69, to advance to the quarterfinals playing within close proximity to its campus.

No one saw this, as the 2018 Big Ten tourney now has a darling team. A date with No. 3 Purdue looms. The Scarlet Knights came oh-so-close to toppling the Boilers in February, falling 78-76 in Piscataway.

Indiana arrived in New York looking for a positive punctuation mark on what has been a middling debut season for Archie Miller. Alas, it didn?t happen. It will be a long offseason in Bloomington. But better days are ahead for the Hoosiers.

Best star: Rutgers? Corey Sanders. This was his night. The 6-2 junior was in a groove, hitting shots from long distance while also attacking the rim with ferocity. It was something to behold. He finished with 28 points, hitting 12-of-20 shots with three assists. Interestingly, Sanders didn?t attempt a 3-pointer.

Best shot: With time ticking away, and the shot clock running down, Corey Sanders-that guy, again-went isolation and crossed over his defender a few times before elevating for the stepback shot right in front of his bench. Swish. What a thing of beauty.

Best dunk: My, oh, my, Rutgers Corey Sanders unleashed the most vicious jam yet at the Big Ten tourney. After coming up with a turnover in the first half, Sanders sprinted down court, launched himself, cocked his right arm, cradled the ball and slammed it home. It was an epic jam that would make a poster of. The pro-Rutgers crowd exploded in delight. Sanders did it again late in the game, splitting a double-team to deliver another monster one-handed jam.

It was over when: This was a close battle throughout the second half. Indiana cut Rutgers? lead to 72-69 on two free throws with 18 seconds left. But that?s as close as IU would get as it didn?t score again and the Scarlet Knights iced the game with four free throws.

Did you know? For a while in the first half, it looked like Indiana may run away from Rutgers as the Hoosiers built a 16-point lead. But the Scarlet Knights stormed back, closing the first half on a 21-4 run to lead 29-28 at intermission.