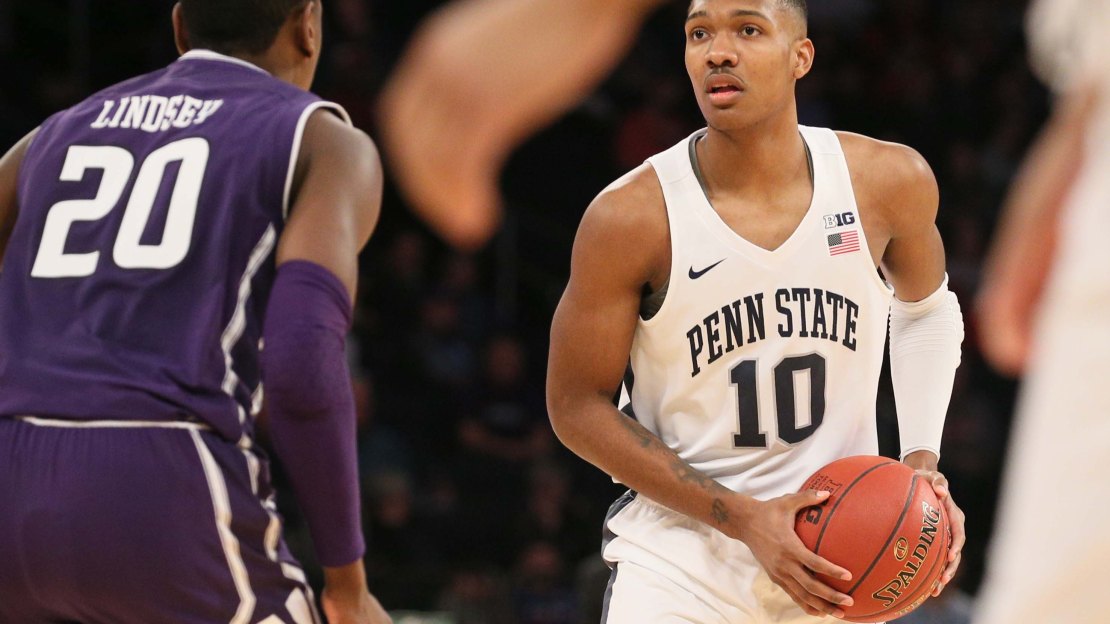 No. 7 Penn State lives to fight another day following a 65-57 win vs. No. 10 Northwestern. And the Nittany Lions did it even though it shot 36 percent and was without key big man Mike Watkins, who is out for the entire tournament with injury. Having only five turnovers was key.

Now, Penn State will take on No. 2 Ohio State, a team it already has beaten two times this season. Interesting.

To say this has been a disappointing season for Northwestern would be a colossal understatement. A season after making the NCAA tourney for the first time ever-and winning a game, too-the Wildcats reverted to form in 2017-18 even though they returned the bulk of their key players from last season's Cinderella team.

Best star: Tony Carr was outstanding, notching a game-high 25 points on 8-of-20 shooting. He hit 6-of-10 3-pointers, grabbed six boards and tallied four assists in 39 minutes.

Best dunk: Early in the game, Penn State's Josh Reaves sprinted down court with the ball after a Northwestern turnover. Unabated and unencumbered on the way to the hoop Reaves rise up and delivered a vicious dunk.

Best shot: Penn State was leading, 55-54, late in the second half. That's when Josh Reaves stepped up and drained a big 3-pointer. Then, Tony Carr followed with another 3. That made it 61-54, Penn State. And the Nittany Lions never looked back.

Did you see that? In the first half, Northwestern's Scottie Lindsey rose for a layup and his left elbow hit Penn State's Lamar Stevens in the mouth. Lindsey was whistled for a flagrant 1 foul; he later fouled out.

@PennStateMBB's Lamar Stevens after taking a flagrant foul to the face. pic.twitter.com/gfph2604Cy