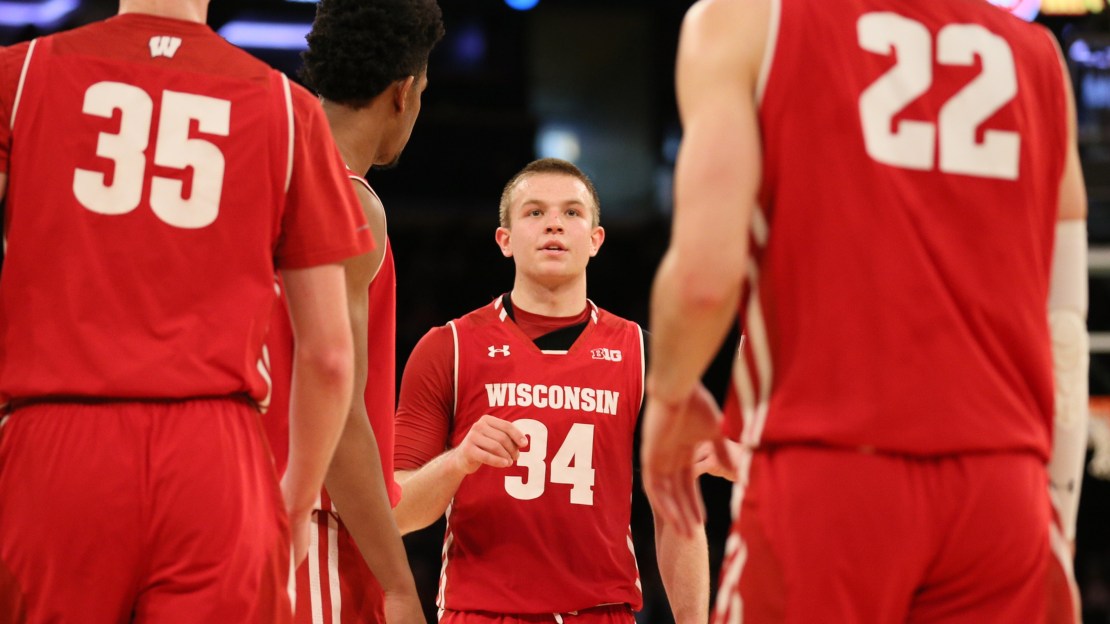 This was a classic nip-and-tuck No. 8 vs. No. 9 game, as Maryland (8) took on Wisconsin (9). And the Badgers earned a hard-fought 59-54 win to move on to play No. 1 Michigan State on Friday. Wisconsin lost a close one to the Spartans in the season finale last Sunday, falling 68-63.

Greg Gard?s team is playing its best ball of the season, going 5-2 in the last seven games.

Maryland brought some mojo to New York, going 4-3 in its last seven. But the Terrapins end a disappointing season, ending a three-year NCAA tourney run.

Full boxscore is over here, too.

Top stat: 48, points that the Maryland trio of Kevin Huerter, Bruno Fernando and Anthony Cowan combined for. Their teammates had an aggregate six.

Top shot: With the game tied, 53-53, with less than two minutes to play, Wisconsin?s Brevin Pritzl got into the lane and sank a jumper to give the Badgers a 55-53 lead with 28 seconds left. That proved to be the game-winning shot, sending Wisconsin on to Friday?s action.

This is not only another thunderous @TerrapinHoops Bruno Fernando dunk, it's also a … #BTNStandout x @Discover. pic.twitter.com/3OxHL113nK

It was over when …: Maryland trailed, 55-53, and had the ball. Terrapin sharp-shooter Kevin Huerter got fouled. But the 75 percent free-throw shooter missed the first attempt and hit the second. Wisconsin then hit two free throws to take a 57-54 lead. Then, Maryland saw the Badgers Khalil Iverson steal a pass, get fouled and sink two free throws to ice the game in the final second.

Did you see that? Wisconsin A.D. Barry Alvarez and football coach Paul Chryst were in attendance.

The @BadgerFootball power tandem is in the house for @BadgerMBB game today! Put on your neck roll. #B1GTourney pic.twitter.com/4QfJqc8rPR

You know who loved the @BadgerMBB win at @TheGarden?@BadgerFootball coach Paul Chryst, that's who. pic.twitter.com/fZ1wz6IAHx