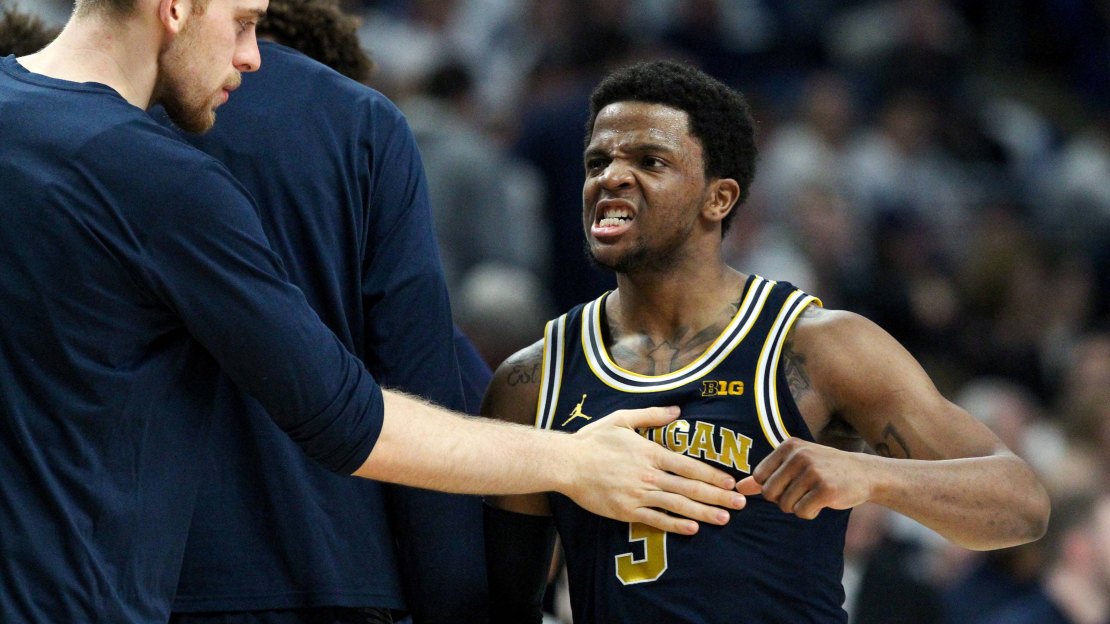 The Big Ten tourney kicks off Wednesday with two games, as No. 13 Illinois takes on No. 12 Iowa and No. 14 Rutgers battles No. 11 Minnesota.

As always, an automatic bid to the NCAA tourney is on the line in New York, though it looks like Michigan State, Ohio State, Purdue and Michigan already have bids locked up and are just jockeying for NCAA seeds. Nebraska? It may need a win (or two, or three) to punch its Big Dance ticket for the first time since 2014.

Here are some things to look for as the 21st Big Ten tourney preps to kick off.

Probably not as good as its seed: No. 6 Indiana. The Hoosiers have been plagued by inconsistency in Archie Miller?s maiden voyage during a 16-14 campaign (9-9 Big Ten). Not one of Indiana?s nine league victories came vs. a squad that finished with a winning Big Ten record. IU arrives in New York on a two-game slide. Indiana will open vs. the winner of No. 11 Minnesota-No. 14 Rutgers; gotta like IU?s chances to win that tilt. But the Hoosiers? ride figures to end in the quarterfinals vs. No. 3 Purdue, which won the only meeting between these schools, 74-67 in Bloomington.

Probably better than its seed: No. 5 Michigan. The Wolverines have won five in a row and seven of eight and are playing as well as any team in the Big Ten. John Beilein has his team peaking at the right time, as the Wolverines look to repeat as Big Ten tourney champs after rising from a No. 8 seed to win it all last season. There is no shortage of talent with players like Mortiz Wagner, Charles Matthews, Muhammad-Ali Abdur-Rahkman, Jordan Poole, Isaiah Livers, Duncan Robinson and Zavier Simpson. Don?t be shocked to see Michigan playing No. 1 Michigan State in the semifinals on Saturday. The Wolverines won the lone meeting between these rivals this season, taking an 82-72 decision in East Lansing.

You don?t want to play this team: No. 7 Penn State. Yes, the Nittany Lions struggled down the stretch with three losses to end the regular season. Still, Penn State is a dangerous squad with lots of talent in Tony Carr, Lamar Stevens, Shep Garner, Josh Reaves and Mike Watkins, whose status is unknown after he injured a knee late in the season. Just ask Ohio State, which lost two games to the Nittany Lions. If PSU gets rolling, look out.

You don't want to play this team, Part II: No. 9 Wisconsin. The Badgers are playing some of their best ball as the tourney nears in what has been a trying season that will see the program's 19-year run in the NCAA tourney end. Before suffering a narrow defeat to MSU in the finale, Wisconsin won three in a row and four of five. In that stretch was a win vs. Purdue. If the Badgers beat No. 8 Maryland in the second round, a rematch with the Spartans would loom. Ethan Happ, Brad Davison, Brevin Pritzl and Khalil Iverson make Wisconsin dangerous.

Lots on the line: No. 1 Michigan State. The Spartans are playing like the best team not just in the Big Ten, but in the nation. MSU has ripped off 11 wins in a row en route to building a program-best 28-3 mark and earning the program?s first league crown since 2012 and first outright Big Ten title since 2009. And the Spartans have done all of this amid a cloud of controversy, as the program has been named in an FBI investigation while also coming under scrutiny on how it has handled sexual assault allegations. Can Tom Izzo?s squad stay focused with a team many feel is his most gifted ever? Izzo has been to seven Final Fours, but he hasn?t won it all since 2000–the last time a Big Ten has cut down the nets. With a league tourney title, the Spartans may perhaps earn a No. 1 NCAA seed.

Lots on the line, Part II: No. 4 Nebraska. This is the Big Ten?s lone bubble team. Tim Miles has engineered one of the best stories, leading the Cornhuskers to a 22-9 overall mark and a 13-5 Big Ten record. That?s the best league record in school annals. And Nebraska is hot, having won eight of nine to close the season and earn a double-bye in the Big Ten tournament. Despite the glitzy record, some pundits feel the Huskers still have work to do if they want to reach their first NCAA tourney since 2014. The issue: A lack of quality wins. Perhaps a victory in the quarterfinals vs. No. 5 Michigan (Nebraska?s likely foe) would be all that?s needed. Or maybe the Huskers need to reach the Big Ten title game, which would mean beating No. 1 Michigan State in the semifinals-the likely foe. Bottom line: Nebraska has to win vs. good teams.

Best chance to be a Cinderella: No. 5 Michigan. Not only are the Wolverines playing some of the best basketball in the conference, but, as the No. 5 seed, their path includes as many as three chances to knock off a higher seed. Assuming Michigan beats the Illinois-Iowa winner in its tourney opener, No. 4 Nebraska and, likely, No. 1 Michigan State looms. The Wolverines, of course, were blown out by the Huskers this season, but that game was in mid-January at Pinnacle Bank Arena, so who knows what happens now on a neutral court. As for the Spartans, Michigan beat its bitter rival earlier this season at the Breslin Center. Card those upsets, and No. 2 Ohio State or No. 3 Purdue could be looming in the Big Ten title game. The Wolverines split with the Buckeyes and lost two narrow decisions to the Boilermakers. See what I'm getting at here? Reigning event champ Michigan could be primed to make a second consecutive Big Ten tourney run.

Best chance to be upset: No. 4 Nebraska. The Cornhuskers have a lot to play for, as mentioned above. Still, it wouldn?t be a shock to see No. 5 Michigan-the Huskers? likely foe in the quarterfinals-topple the Huskers. The Wolverines are hot, having won five in a row. And they will be looking for payback vs. a Cornhuskers club that beat them by 20 points (72-52) this season in Lincoln in the only meeting between the schools. That was Nebraska?s only Big Ten win vs. a team that finished with a winning conference record. But the Huskers have won eight of nine. The lone loss? A confounding defeat at Illinois.