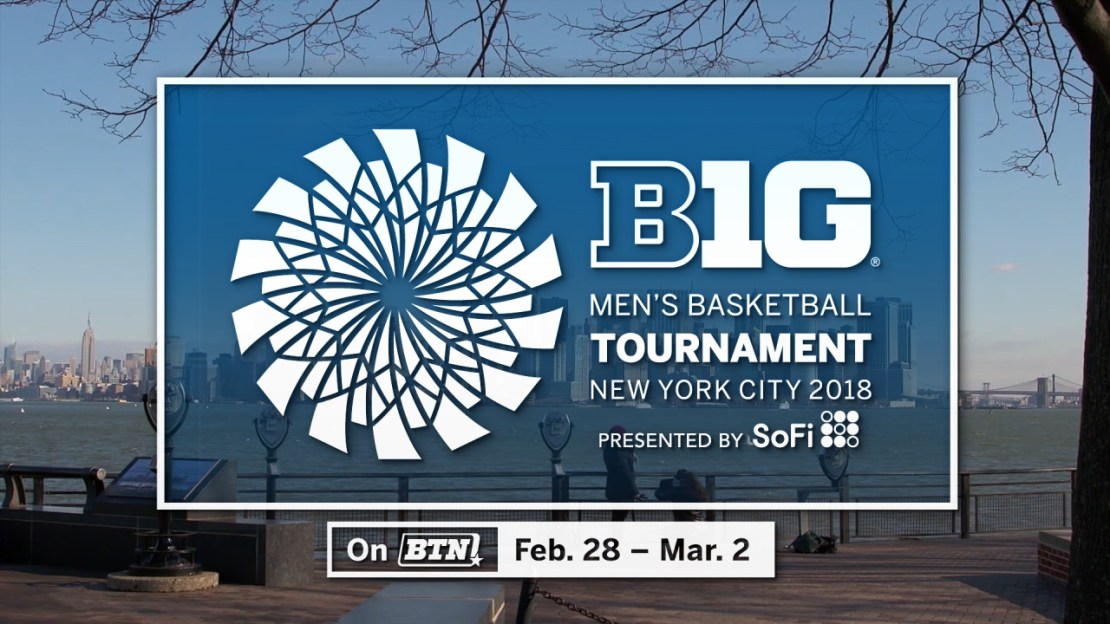 Coverage begins at 5 p.m. ET today with the exclusive, live announcement of the annual Big Ten basketball awards on the BTN Live: All-Conference Selection Show. Host Rick Pizzo and Jon Crispin will reveal All-Big Ten selections, as well as Big Ten Player, Coach of the Year and Freshman of the Year. Interviews with select award winners will also be included.

Studio coverage will continue before and after games all week, including seven live shows on Thursday and Friday, and features Dave Revsine, Mike Hall and Pizzo rotating as hosts along with analysts Andy Katz, Crispin, Morris, Robbie Hummel, Stephen Bardo and Mike DeCourcy. A complete listing of on-air talent for game broadcasts can be found HERE.

BTN?s digital content during the men?s basketball tournament, including live on-site broadcasts and interviews with Andy Katz via @BigTenNetwork on Twitter, behind-the-scenes Periscope streams and additional branded content will be presented by Libman. The BTN Instagram account will feature the photography of both Fred Daniels and Anthony Geathers, including game action and shots from iconic scenes in and around New York City. Tournament sponsor SoFi will also present several animated digital shorts throughout the week featuring Big Ten coaches and students.

The Journey, BTN?s Emmy-nominated original series, will be at the Garden to capture behind-the-scenes footage throughout the tournament. The one-hour season finale of The Journey: Big Ten Basketball 2018 will debut at 7:30 p.m. ET on Wednesday, March 7.

The Big Ten Men?s Basketball Tournament Presented by SoFi begins on Wednesday, Feb. 28, at Madison Square Garden with the first 10 games airing live on BTN, BTN2Go and Fox Sports GO. The daily schedule is listed below (all times Eastern). Please note, times are all approximate. All programming is also available to be streamed