Best of the week that was: Carsen Edwards, Jordan Bohannon & Spartans make headlines 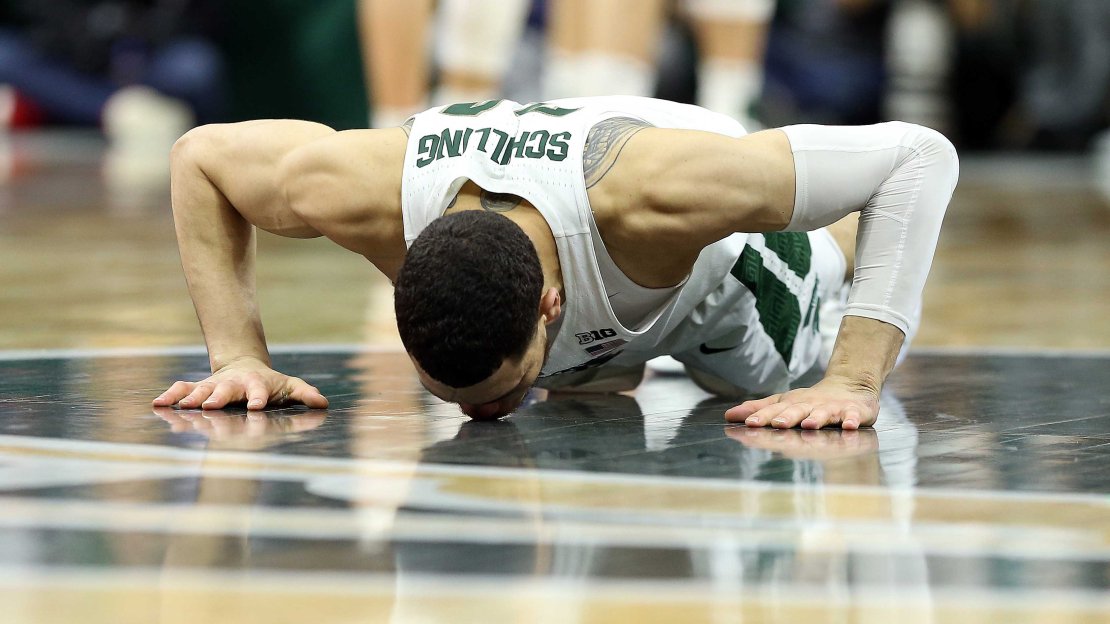 Schools celebrated Senior Days across the Big Ten, so emotions packed many arenas. It was an exciting week of action, as Michigan State clinched its first outright Big Ten title since 2009 and schools looked to polish NCAA resumes with the Big Ten tourney right around the corner.

Get the best of the week that was.

Biggest surprise: Michigan. The Wolverines closed the regular season with five wins in a row and seven in eight games. The lone loss? A confounding 61-52 defeat at Northwestern. Regardless, John Beilein?s club is playing as well as any with Big Ten tourney set to begin.

Biggest disappointment: Penn State. The Nittany Lions had a chance to make a push toward consideration for an NCAA bid. Alas, Penn State fell flat by losing at home to Michigan, 72-63, on Wednesday and then losing at Nebraska on Sunday. Barring a miracle run to the Big Ten tourney title, Penn State will miss the NCAA tourney for the seventh season in a row.

Best win: Michigan 72, Penn State 63. It was a dominating victory on the road vs. a Nittany Lions squad that was desperate for a win over a ranked team to enhance its NCAA resume. It was Michigan?s fourth win in a row. Ohio State?s double OT triumph at Indiana on Friday was impressive, as well.

Best team: Michigan State. It has to be, right? The Spartans claimed their first outright Big Ten title since 2009 this past week, first beating Illinois to clinch a share of the crown, and then holding off Wisconsin to own the title themselves. Tom Izzo's team finishes the regular season with a 28-3 clip, including 16-2 in Big Ten play. Has there ever been a quieter 28-3 team?

Best player: Purdue's Carsen Edwards. The sophomore tallied a career-high 40 points on 11-of-19 shooting at Illinois, the first 40-point game for Purdue since Glenn Robinson scored 44 points in a victory against Kansas in the 1994 NCAA Tournament. Edwards also joined Illinois' Brandon Paul as the only Big Ten players to score 40 points in a conference game in the last 20 years. In the season finale vs. Minnesota, Edwards finished with 18 points, four rebounds, seven assists, one block and three steals. As he's been all season, Edwards was simply sensational.

Best stat: 19 points in 96 seconds. How does one does such a thing?! Iowa?s Isaiah Moss showed us how, stringing together the remarkable sequence at Minnesota on Thursday. It all started with 1:36 to play: 3-point play, jump shot, 3-pointer, 3-pointer, jump shot, 1 of 2 free throws, 2 of 2 from the line and another 3-pointer. Moss came into the night averaging 10.6 points per game and blew past his previous career-high 25 with room to spare.

Best moment: Iowa's Jordan Bohannon. All that separated Bohannon from an Iowa record Sunday night was one free throw. Having made 34 straight freebies, tying late Iowa icon Chris Street's program record, the sophomore star missed a free throw on purpose to keep Street's record intact. After the game, Bohannon said, "That's not my record to have. That record deserves to stay in his name."

"That's not my record to have. That record deserves to stay in his name."

Best dunk: Michigan's Jordan Poole. This guy's going to be fun to watch the next few years. The freshman posterized Penn State on a transition And-1 hammer. Poole was such a big fan of the finish, he found the camera under the basket and did his thing. Equally impressive was this James Palmer Jr. dunk vs. Penn State.

Best senior day moment: Michigan State seniors kiss midcourt logo. (Watch the full thing in the video at the top of the post.) It?s a tradition like none other in the Big Ten. On Senior Night, the seniors, while leaving the court for the final time, kiss the Spartan logo at center court. Former Michigan State great Shawn Respert started the fun. The Spartans won the game, too, topping Illinois to clinch a share of the program?s first Big Ten title since 2012, as a banner declaring such was raised to the rafters of the Breslin Center. Hey, why wait? MSU clinched its first outright Big Ten crown since 2009 with a win at Wisconsin on Sunday.

All the feels. #CMS40 #Hawkeyes pic.twitter.com/tgv7CeaJBZ

Best tweet: Ohio State's Jae'Sean Tate & Iowa's Jordan Bohannon. Tate gave a stirring Senior Night speech on Tuesday that almost brought him to tears. Actually, it did bring him to tears, and his father called him out for it. Bohannon had the perfect response to keeping a cherished Iowa record intact Sunday night.

Best voice: Kim Garner shows off singing pipes. On Senior Night at Penn State on Wednesday, Shep Garner?s mother belted out the National Anthem. And, it was a beautiful thing for a woman who is a professional jazz singer.

Did you see this? Brad Davison returns from shoulder injury. The freshman has had his left shoulder pop out of place several times this season, so he knows what to do and how to bounce back from it. It happened again in Sunday's loss vs. No. 2 Michigan State. Davison missed only seconds of action, before returning and hitting back-to-back deep jumpers. He didn't slow down the rest of the way, finishing with a career-high 30 points.

.@BadgerMBB's Brad Davison is a WARRIOR.

He left the game to pop his shoulder back into place, then did this… pic.twitter.com/ChrkOmCung