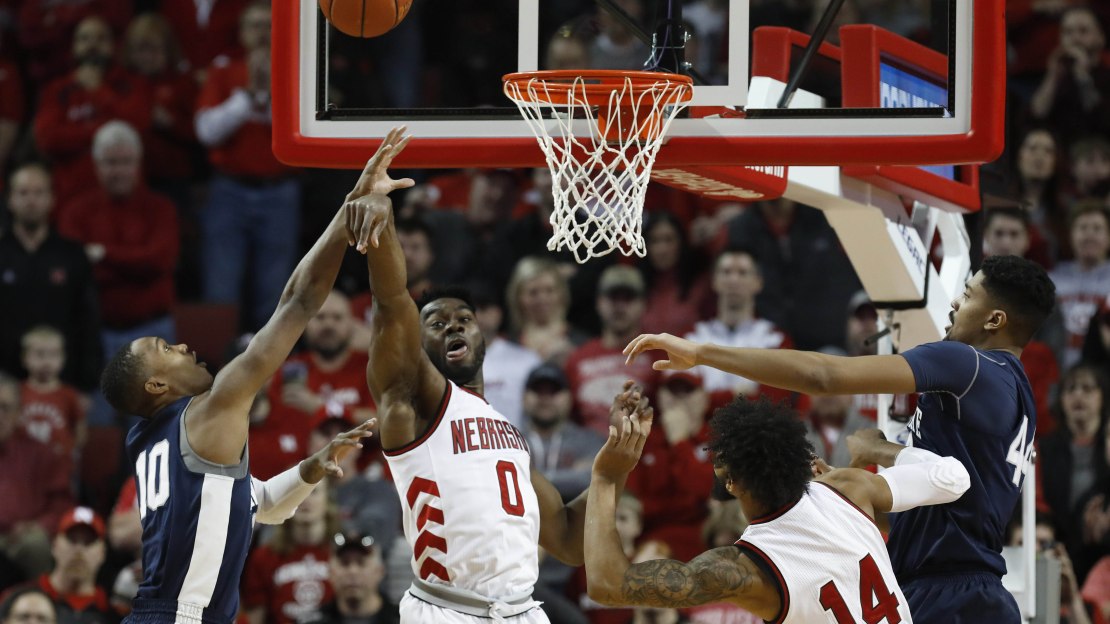 LINCOLN, Neb. (AP) Nebraska made history Sunday night, setting a program record for conference wins and winning 22 games overall for just the third time in school history with its 76-64 victory over Penn State.

"It's a very important night, a historic night from what I'm hearing," said Nebraska coach Tim Miles. "I'm just really proud of these guys, to have that, at least, accomplished. Now certainly we have more goals and we want to go a lot farther. But I'm just happy that this night they can enjoy that and put that in their back pockets."

Nebraska (22-9, 13-5 Big Ten) clinched the No. 4 seed and double-bye into the quarterfinals of next week's conference tournament. The Huskers kept hopes alive for their first NCAA Tournament berth since 2014.

"I'm just glad we finished it, got that bye,' said Nebraska senior Anton Gill, who played his final regular season home game Sunday. "We're not going to New York to just play around. We want to win that, too. We really feel like we have the best team in the Big Ten. More wins would obviously help. But if you ask my opinion, we've proven throughout the year we're a tournament team."

The Nittany Lions cut the Nebraska advantage to 12 six times in the last 4:13, but got no closer.

"I'm really proud of my team the second half there," Penn State coach Pat Chambers said. "Obviously they jumped us. Give Tim (Floyd) and Nebraska credit, they've been playing really good basketball the last month and came out and punched us in the mouth."

Nebraska took control with a 17-3 first-half run, highlighted by three straight baby hooks by Jordy Tshimanga, going up 25-10 on Copeland's basket with 6:44 left in the half.

Isaiah Roby had 13 points for Nebraska and James Palmer Jr. and Glynn Watson Jr. had 11 points each.

Nebraska: With Sunday's win, the Huskers broke the school record for most conference wins in a season at 13. The previous mark of 12 conference wins was set in 1965-66 when Nebraska played in the Big Eight Conference and in 1915-16 when the Huskers were a member of the Missouri Valley Conference. Nebraska was undefeated at home in conference play for the ninth time in school history.

Penn State: The Nittany Lions played without Mike Watkins, the team's second leading scorer, who had 20 points and 15 rebounds in the Penn State's 76-74 overtime win over Nebraska in State College on Jan. 12.

Nebraska's Evan Taylor on Senior Night – "It was crazy. All my teammates were saying I was going to be the one to cry of all the seniors. I was "nah, nah, nah.' But in the tunnel, I got emotional. Everything I had to do to get here, it was a journey…I'm glad the whole community accepted me and we were able to finish strong."

Nebraska will play in the conference tournament quarterfinals Friday.

Penn State will play Northwestern on Thursday in the second round of the Big Ten Tournament.