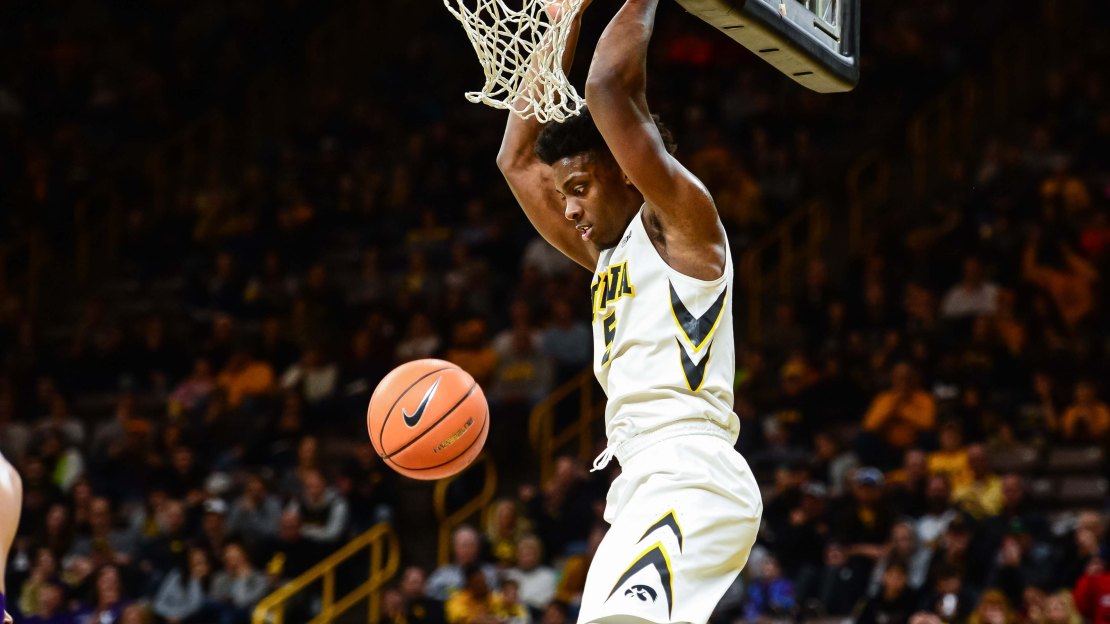 Luka Garza had 18 points for the Hawkeyes (13-18, 4-14), who locked down the No. 12 seed for next week's Big Ten tournament with its first victory in nearly a month. They'll face Illinois on Wednesday in New York.

This was essentially a meaningless game for the Wildcats (15-16, 6-12) – who had already clinched the No. 10 seed for the conference tournament before the game – and they played like it in the first half.

Iowa, a team that trailed by at least 18 points in every Big Ten road game, jumped ahead by 18 when Bohannon's 3 from the edge of the mid-court logo made it 30-12. Bohannon continued his torrid shooting with another 3 from well beyond the arc to extend Iowa's lead to 43-21.

Scottie Lindsey tried to keep the Wildcats within striking distance with nine 3s, pulling them within 73-65 on back-to-back shots from beyond the arc. But a Nicholas Bear steal after a rare missed free throw by Bohannon carried Iowa out of danger.

Lindsey scored 32 points and was 9 of 11 on 3s to lead the Wildcats, who've lost six straight.

Northwestern's Vic Law, who is averaging 12 points a game, missed his second consecutive contest with an injured toe.

Northwestern: Giving Law more rest was the smart play given how little was on the line for the Wildcats. Northwestern will face seventh-seeded Penn State on Thursday at 6:30 p.m. ET. The Wildcats lost to the Nittany Lions on the road 78-63 on Jan. 5, but beat Penn State 70-61 at home two weeks later.

Iowa: This was the final home game for senior Dom Uhl, who entered play with just 65 minutes logged all season. The only player from Uhl's class that has made a significant impact for the Hawkeyes this season is reserve redshirt junior Nicholas Baer – and he came to Iowa as a walk-on. That's just part of the reason the program has fallen so far this season.