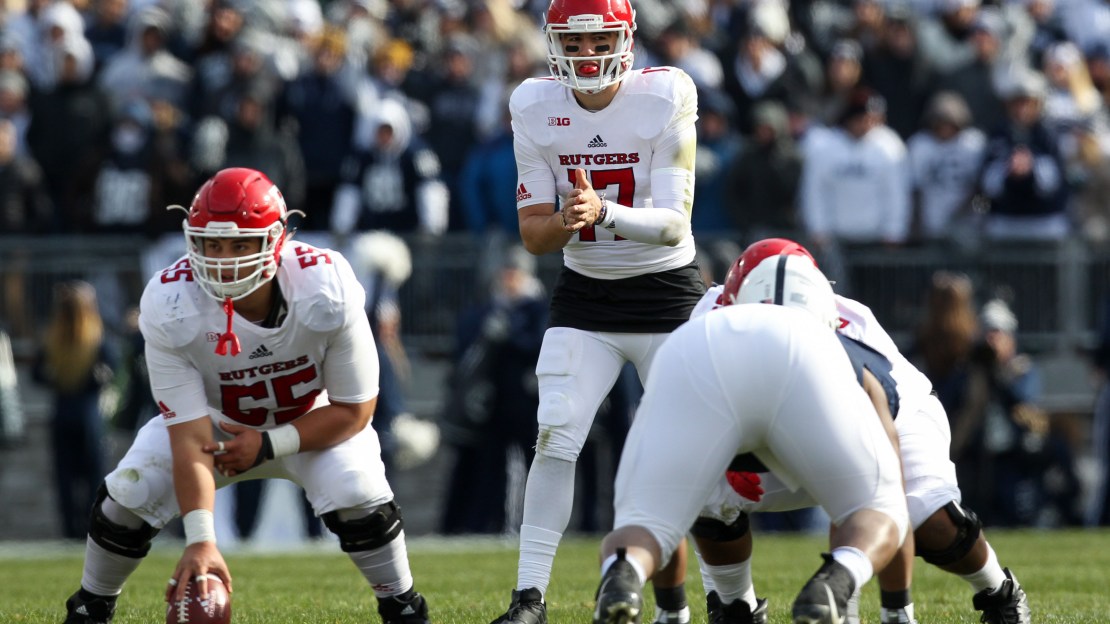 No one said it would be easy. But Chris Ash is making progress at Rutgers. That was apparent last season, his second with the Scarlet Knights. Rutgers improved from 2-10 (0-9 in the Big Ten) in 2016 to 4-8 overall (3-6 Big Ten) last season. But work remains to be done for a program that teems with potential.

The offense struggled mightily all season, as Rutgers ranked 13th in the Big Ten in scoring (18.0 points per game) and last in total offense (262.7 yards per game). The passing game was abysmal, ranking last in the conference (115.6 ypg). Quarterback play must improve. The defense wasn?t much better in 2017. The Scarlet Knights finished 11th in the Big Ten in scoring (28.3 ppg) and 11th in total defense (398.6 ypg).

The staff underwent some big changes in the offseason. Offensive coordinator Jerry Kill stepped down for health reasons after the season and Ash tabbed Chris McNulty to take over. It is his second stint as the Scarlet Knights offensive coordinator, as he also pushed the buttons in 2007-08 under Greg Schiano. McNulty was the tight ends coach for the Los Angeles Chargers. If you are scoring at home, that is nine offensive coordinators in nine years for RU under three head coaches.

Corey Brown was hired as defensive line coach from Miami (Ohio), Nunzio Campanile was brought in to coach running backs from New Jersey prep power Bergen Catholic, Noah Joseph was hired from Indiana to be co-defensive coordinator and safeties coach and Cory Robinson was added from Temple to coach cornerbacks and be the pass-game coordinator.

Quarterback: This spot has been an issue for several years. When will it become a strength? Incumbent senior Gio Rescigno is back and will be a competition with sophomore Johnathan Lewis, junior Tom Flacco and true freshman Jalen Chatman and Artur Sitkowski. Lewis is a Cardale Jones clone who has flashed potential. Flacco is a transfer from Western Michigan and the younger brother of Joe of the Baltimore Ravens. Sitkowski is an early enrollee who has a lot of potential.

Receiver: It will be difficult to replace Janarion Grant, a playmaker. There are no seniors in this group, as the staff is looking for sophomores Hunter Hayek, Bo Melton and Everett Wormley to step. It?s vital, as so much more is needed from this group if Rutgers wants to bring a vertical aspect to its offense. Senior Jerome Washington is the tight end. He led the team with 28 grabs last season.

Offensive line: The Scarlet Knights bid adieu to G Dorian Miller and G Marcus Applefield. But the unit has potential with the return of senior Tariq Cole, sophomore Nick Krimin, sophomore Michael Maietti, junior Jonah Jackson and junior Kamaal Seymour. Look for Cole at left tackle, Krimin at left guard, Maietti at center, Jackson at right guard and Seymour at right tackle. This unit needs to get a consistent push in the run game.