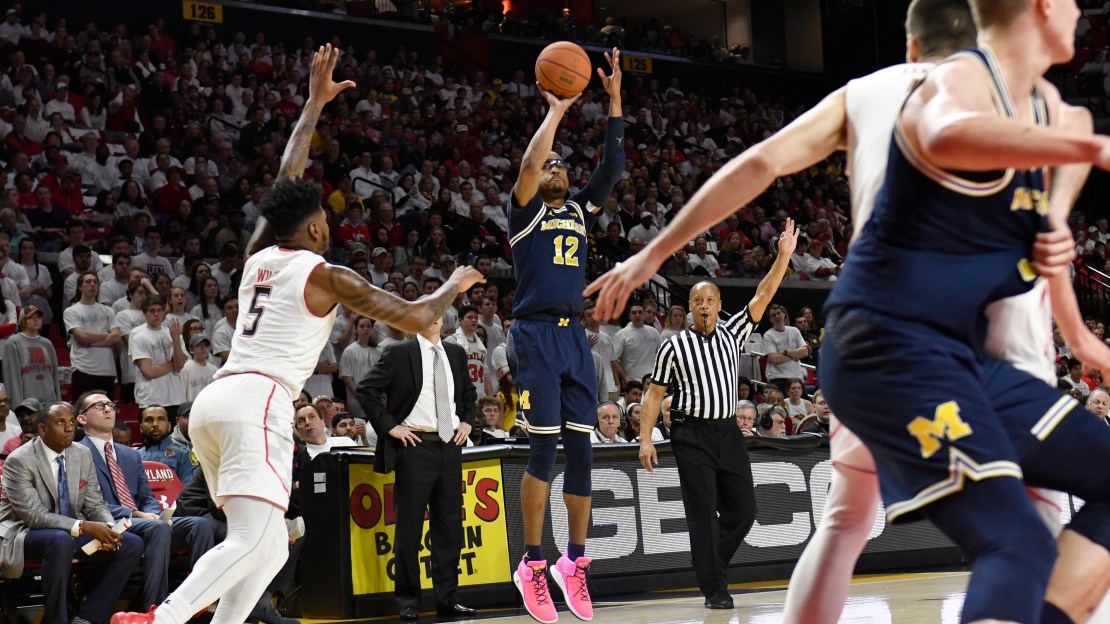 (AP) Muhammad-Ali Abdur-Rahkman scored 22 of his career-high 28 points in the decisive first half, and No. 17 Michigan easily defeated Maryland 85-61 Saturday for its fifth straight victory.

The Wolverines (24-7, 13-5 Big Ten) have clinched the No. 5 seed in the conference tournament, but can earn a No. 4 seed and a double bye if Nebraska loses to Penn State on Sunday.

Anthony Cowan Jr. scored 17 for Maryland, which suffered its most lopsided home loss since a 104-72 defeat against Duke on Jan 3, 1998.

Abdur-Rahkman made six 3-pointers in the first half and also led the Wolverines with five rebounds and four assists. The senior guard cooled off in the second half, but nevertheless surpassed his previous career best of 26 points.

After Michigan rattled off 10 straight points to take a 20-12 lead, Kevin Huerter hit a 3 for Maryland before Jaaron Simmons launched the pivotal 16-3 run with a long-range jumper. Jordan Poole chipped in with a pair of 3-pointers and another by Abdur-Rahkman made it 34-18.

The Wolverines had three turnovers in their opening four possessions, but added only one more before halftime.

Michigan: The Wolverines have plenty of momentum to bring into the Big Ten Tournament. Michigan won it all last year, and again appears ready to take on the big boys in the conference.

Maryland: A flat performance at home means the Terrapins have to win the Big Ten Tournament to extend their run of appearances in the NCAA Tournament to four.