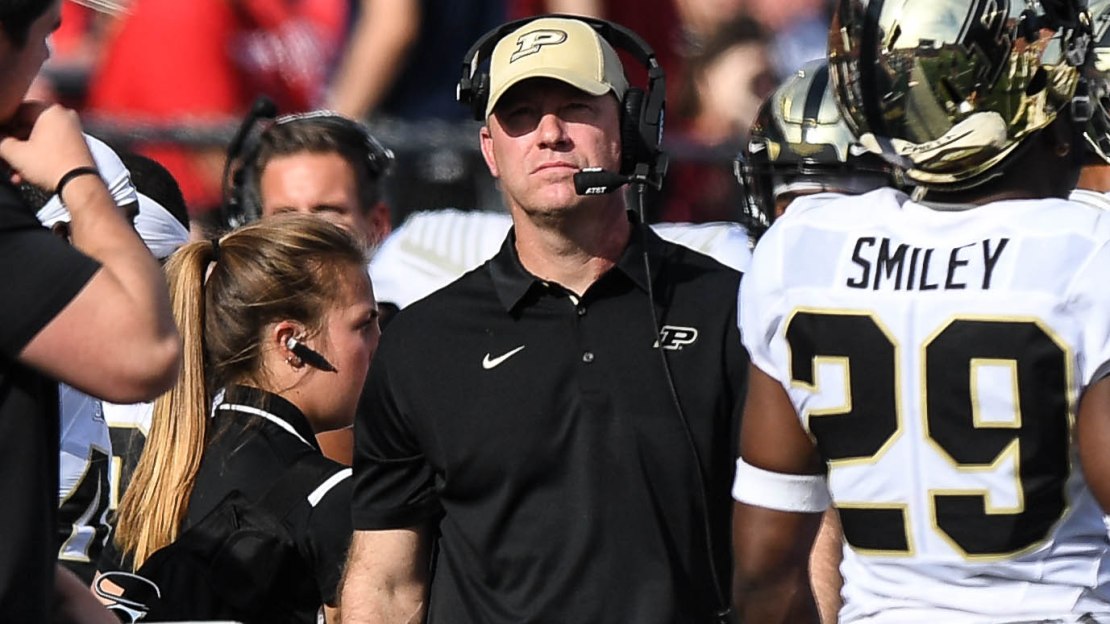 What a difference a year makes. This time in 2017, Jeff Brohm was about to embark on his first spring practice at Purdue. He faced myriad questions and personnel shortcomings as he began the process of sweeping up the wreckage left by the former regime.

Expectations were minimal: Just win two or three games ? and don?t get embarrassed. Well, Brohm exceeded everyone?s wildest dreams, grinding out a 7-6 record that included the school?s first bowl appearance since the 2012 season and first bowl win since 2011. Along the way, Brohm showed deft roster management and coaching acumen by adjusting his offense along the way. It was impressive.

The offense? It had some lulls, but Brohm continued to tweak, alter and adjust. At times, the team relied on the run game. On other occasions, Purdue was pass-happy. Credit Brohm for figuring out a way to maintain an offensive pulse, as the Boilers ranked No. 9 in the Big Ten in scoring (25.2 ppg) and No. 5 in total offense (403.1 ypg) despite some severe talent limitations.

The staff lost standout special teams coach Tony Levine, who left to spend time with his family. Mark Tommerdahl was hired from Utah State to work with special teams and tight ends. Sage veteran Kevin Wolthausen was promoted to coach with the defense. He was a quality control coach last year.

Receiver: This area was plagued with inconsistency and a dearth of talent last year. The staff maximized it. More will be needed in 2018. And the talent is improving. The Boilermakers typically operate from a three-receiver set. The top trio figures to be sophomore Jared Sparks, sophomore Jackson Anthrop and senior Isaac Zico, a former JC. Sparks played a bit of QB last year and should benefit from focusing on wideout. Keep an eye on early enrollee Amad Anderson, a big target. Senior Terry Wright arrived as a JC transfer last year and finally could emerge. Redshirt freshman Tyler Hamilton, sophomore KeyRon Catlett, senior Jarrett Burgess, sophomore Benaiah Franklin and redshirt freshman D?J Edwards are others to watch. In the summer, freshman Rondale Moore arrives as Purdue?s biggest recruit in over a decade. Expect him to quickly move into the starting lineup.

Linebacker: Some big holes to fill with T.J. McCollum and Ja?Whaun Bentley gone along with key reserve Garrett Hudson. Junior Markus Bailey is a special player and could be one of the Big Ten?s top linebackers. He will line up inside after playing on the outside in 2017. But who will line up with him? Sophomores Derrick Barnes, Cornel Jones and Tobias Larry will get long looks. Barnes saw the most action of the aforementioned trio, but keep an eye on Larry and Jones, who may be the middle linebacker. The staff likes him. That tandem may end up filling out the open starting spots.

Defensive line: Big worries here with Gelen Robinson, Austin Larkin, Eddy Wilson and Danny Ezechukwu gone. The good news: junior tackle Jalen Neal is back as an anchor inside. He is a stud. Watts could be the other tackle. Senior Ray Ellis, a former JC, and junior Alex Criddle also will work on the interior this spring. Keep an eye on redshirt freshman Allen Daniels. Juniors Chazmyn Turner and Kai Higgins could get the first shots at end. Higgins could fill the ?Leo? spot, a hybrid linebacker/end spot that Ezechukwu played. Redshirt freshman Giovanni Reviere is an intriguing physical specimen off the edge. Sophomore Semisi Fakasiieiki is another one to watch.