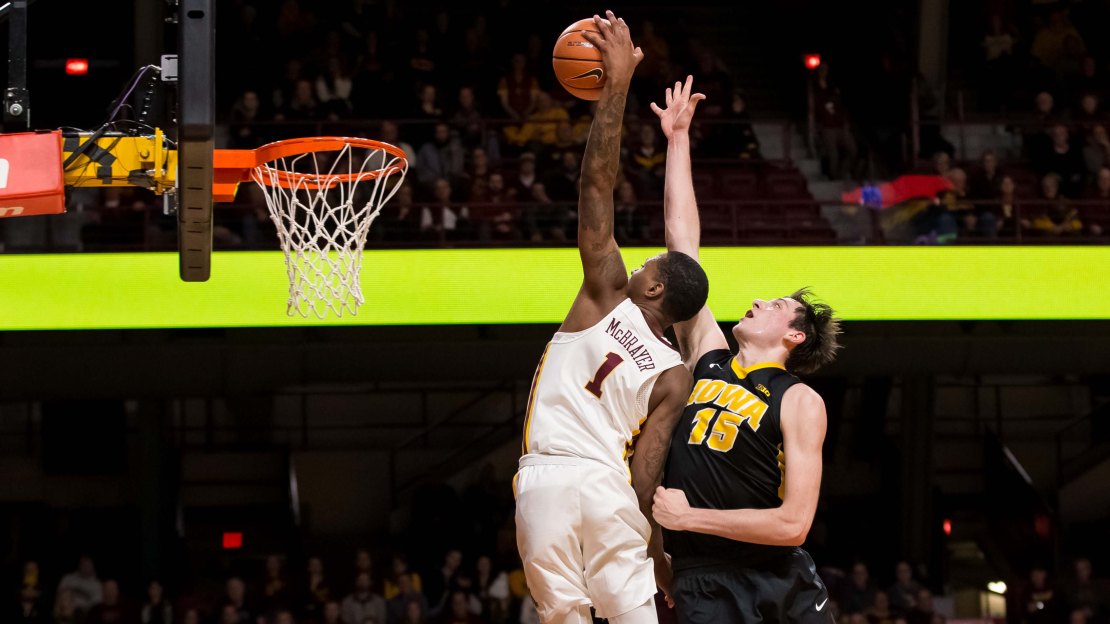 Minnesota stormed to a 22-2 lead thanks in large part to an ice-cold start by Iowa. In the Hawkeyes' first 16 possessions they went 1-for-8 shooting from the floor with no offensive rebounds and eight turnovers.

Meanwhile Mason scored 12 points, the last coming on a three-point play to put the Gophers up by 20 barely eight minutes in.

Then it was Minnesota's turn for a scoring drought. The Gophers went 7 1/2 minutes without a point as Iowa cobbled together an 11-0 run, thanks to seven points by Garza.

The Gophers finally responded as Murphy hit a baby hook as the shot clock expired to restore Minnesota's lead to double digits. The junior forward ended the half by slamming home an alley-oop pass from Mason to give Minnesota a 31-19 halftime lead.

Iowa clawed back to as close as two points in the second half as Moss went on a late tear. The sophomore guard's third 3-pointer made the score 84-82 with three left before Fitzgerald hit two free throws to ice it for Minnesota.

Both teams are assured of a bottom-four finish in the conference standings and could face each other again in the opening round of the Big Ten Tournament on Wednesday in New York.

Iowa entered the game with the third-worst net turnover rate in the Big Ten at -2.1 per game.

Iowa: Sophomore guard Jordan Bohannon, the Hawkeyes' second-leading scorer on the season at 13.2 points per game, was held scoreless for the first time all season. He attempted just two field goals but distributed six assists.

Minnesota: On senior night at Williams Arena, Mason got the Gophers offense going with a 3-pointer to open each half. Meanwhile senior center Bakary Konate grabbed nine rebounds in the first half and finished with two points and 10 boards.