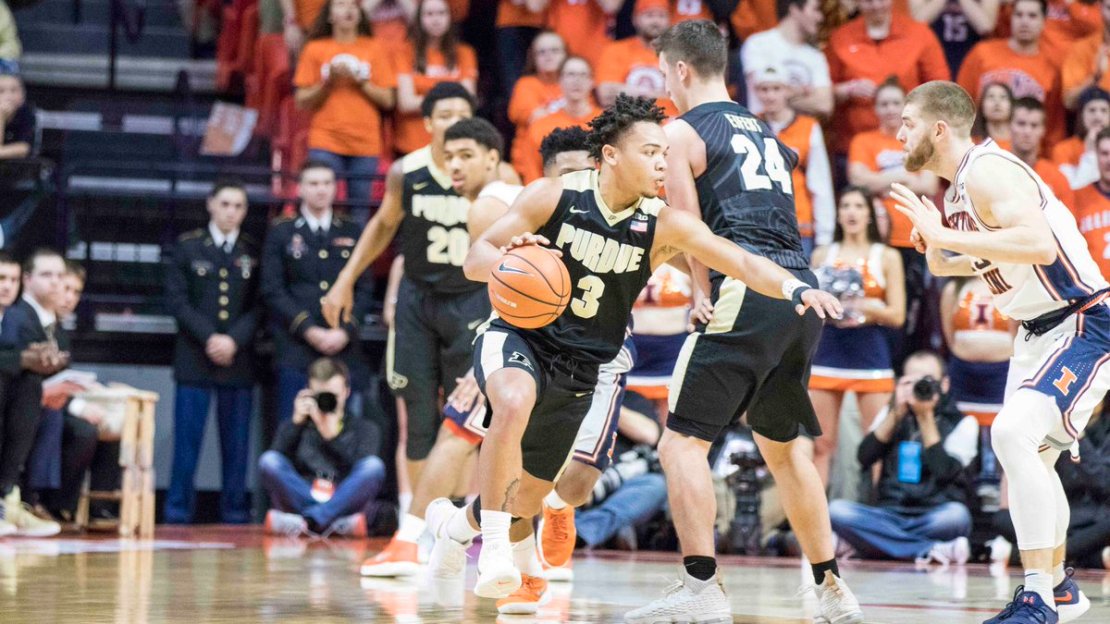 The Boilermakers were without their second-leading scorer Vincent Edwards but had no problem scoring.

Purdue shot 58.3 percent from the field and 47.8 percent from beyond the 3-point line. Edwards and Mathias each had four from behind the arc.

There were eight lead changes in the first half, highlighted by two big runs. With just under 10 minutes left Edwards stole the ball and went down for a huge dunk to spark a 17-6 run for the Boilermakers. The Illini responded with a 10-3 run to close out the half trailing 43-38.

Illinois stayed within striking distance the rest of the game, but ultimately Purdue's size and Edwards scoring were too much. The sophomore scored 25 of his points in the second half, including a monstrous dunk on Trent Frazier with just under seven minutes to play.

The Boilermakers also outrebounded the Illini 33-20.

Illinois continues to struggle in close games. The Illini have now lost 10 games this season by single digits.

After losing three straight games, Purdue has reestablished itself in the Big Ten with two close victories over Penn State and Illinois. The Boilermakers are one win away from tying the second most victories in school history.

Purdue will close out the regular season at home against Minnesota on Sunday. The Golden Gophers are led by Jordan Murphy, who is ranked seventh in the Big Ten in scoring at 17.1 points per game.

Illinois hits the road to face Rutgers on Sunday. The Scarlet Knights are ranked second in the Big Ten in scoring defense.