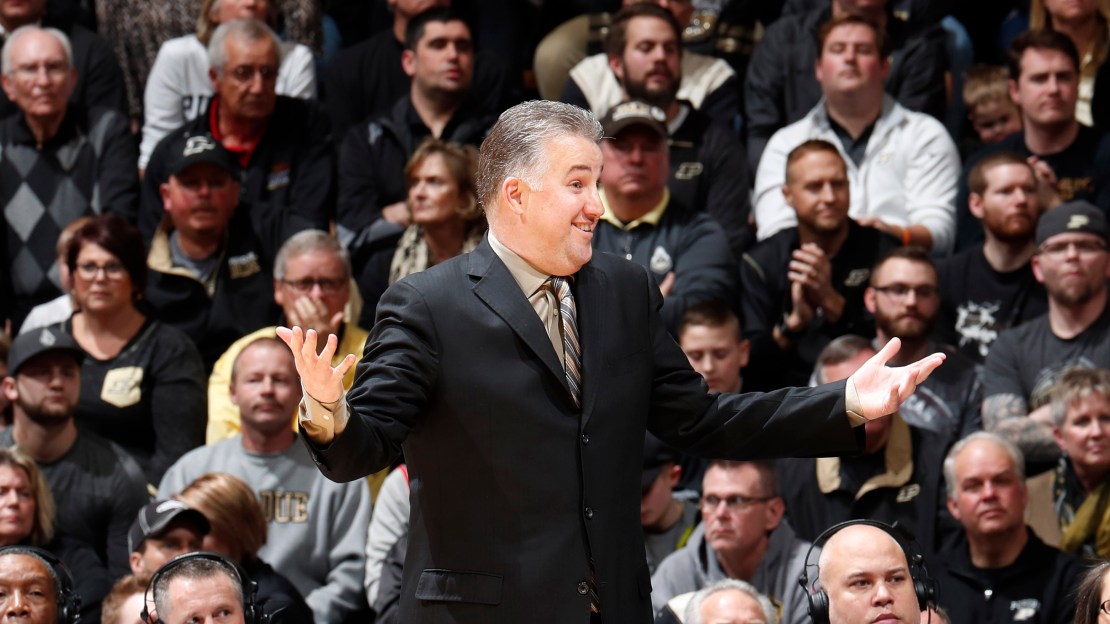 Michigan's win over Penn State gives us even more clarity. 9 of the 14 teams have only 2 options in terms of their seed range and Maryland is already locked in at #8. Ohio State, Illinois, Rutgers and Iowa are the only teams that could potentially have more than 2 options on their seed range.

Purdue needs to beat Illinois tonight to keep their hopes alive of sharing the Big Ten title. If they lose, they will be locked in as the #3 seed, which would leave Michigan State and Ohio State as the top 2 teams (order TBD). If Purdue wins tonight, the Wisconsin-Northwestern winner will be the #9 seed with the loser being the #10 seed. If Purdue loses, then the winner of the Wisconsin-Northwestern game is NOT locked into the #9 seed because of a weird tiebreaker situation (detailed under Wisconsin and Northwestern's scenarios below). As for the bottom, things got a little clearer after last night but not a ton. Minnesota's win over Iowa made the math easier for them and they can clinch the #11 seed tonight if Illinois loses. Speaking of Illinois, they can still finish anywhere from 11-14 while Rutgers and Iowa can be anywhere from 12-14.

I've broken it into 4 tiers. The first tier is the 3 teams fighting for the Big Ten Title. The second tier is teams 4-7, which have all clinched at least a single bye. The Huskers and Wolverines are the only teams that can clinch a double bye and both will finish in the Top 5 in the standings. Penn State's loss means that they join Indiana in the race for the #6 and #7 seeds. The 3rd tier is teams 8-10 which currently have a single bye. The final tier is the bottom 4 teams that are locked into playing on Wednesday. I won't put every scenario for bottom 3 teams since there are several so I'll just list the seeding ranges for those 3. I'll break them down more in depth entering the weekend.

The teams are listed by their current place in the Big Ten Standings (tiebreakers included).