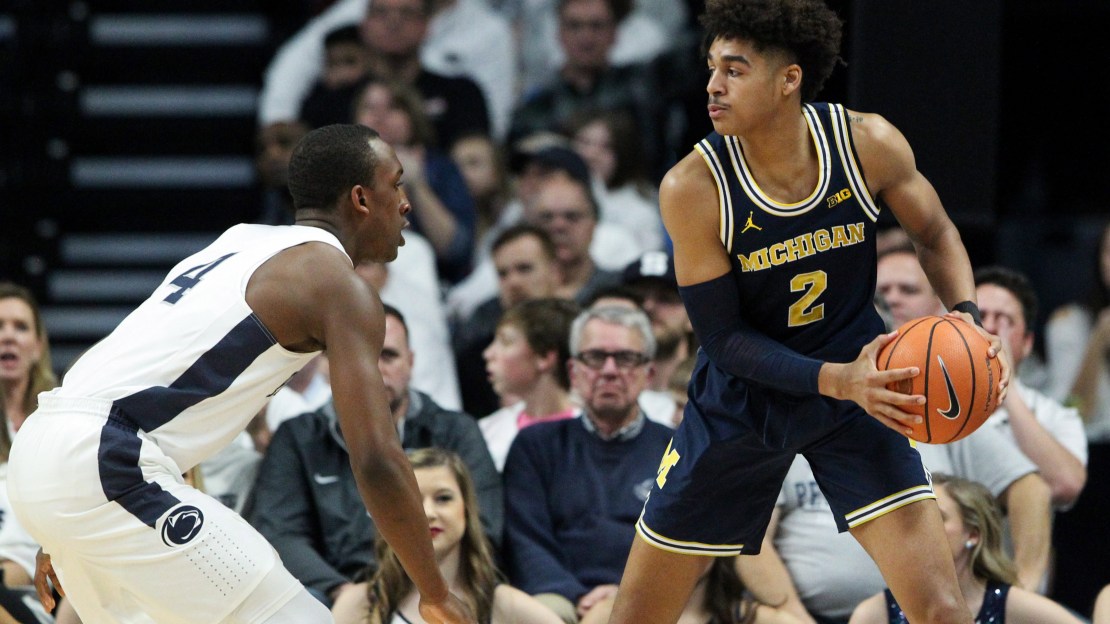 Tony Carr scored 21 points and Lamar Stevens added 19 for the Nittany Lions (19-11, 9-8) who trailed for all but about four minutes.

Michigan took control with a 25-12 run midway through the first and Robinson made Michigan's fifth of 10 3-pointers to put the Wolverines up by 13, their biggest lead of the game, with 3:52 left in the opening half. Back-to-back jumpers from Stevens cut Michigan's halftime lead to 34-26.

The Nittany Lions opened the second with a 13-4 run and took a 39-38 lead when Carr rolled a floater off his fingertips, drew a foul and made the free throw with 16:12 left.

But the Wolverines went ahead for good on Muhammad-Ali Abdur-Rahkman's 3-pointer with 10:19 left. Michigan players combined to go 9-for-10 from the free throw line in the final minute to close out the game.

Michigan: The Wolverines are guaranteed to be seeded no worse than fifth in the Big Ten tournament with the win. They'll have a chance to improve that as the teams above them in the standings No. 9 Purdue and Nebraska still have games remaining.

Penn State: With a 3-point loss to Purdue in their last game, the Nittany Lions badly needed this one for their NCAA tournament resume. Watkins will be nearly impossible for Penn State to replace if it has to move on without him. The 6-foot-6 forward is third in the country shooting 69.2 percent from the field. He has 13 double-doubles on the season and leads the team with 68 blocks and 258 rebounds. The players who would likely replace his minutes -Julian Moore and Satchel Pierce – have averaged just 10 and eight minutes per game respectively.