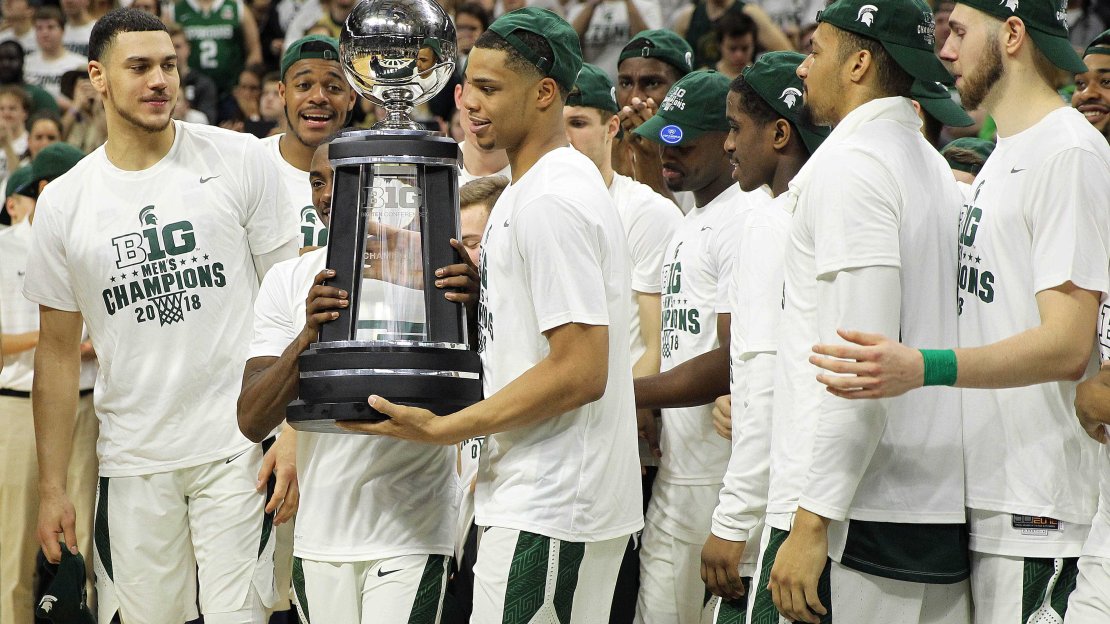 As we move along in the final week of the regular season, Wednesday features a pair of Big Ten basketball games.

Things becoming clearer among the teams that are in the top 10 in the standings while the bottom is still a complete mess. Tiebreakers will likely play a big part so for most of them I just put how a bye or double bye can be clinched along with best and worst case scenarios.

Michigan State?s win on Tuesday gave them a share of the Big Ten title and a top 2 seed in New York. It also means that Purdue can?t get the #1 seed and are locked into a Friday evening game, just don?t know if it?s as the #2 or #3 seed. Ohio State?s win means that the #1 seed will be decided this weekend as both the Buckeyes and Spartans hit the road. The Buckeyes can be anywhere from #1 to #3. Nebraska?s win over Indiana makes it a 2-team race with Michigan for the 4 seed and the final double bye. Even though the bottom 4 teams are set, they can all finish somewhere between 11-14 despite the losses from Illinois and Rutgers on Tuesday.

I?ve broken it into 4 tiers. The first tier is the 3 teams fighting for the Big Ten Title. The second tier is teams 4-7, which have all clinched at least a single bye. The Huskers and Wolverines are the only teams that can clinch a double bye from this group but 3 different teams could finish 5th and 6th. The 3rd tier is teams 8-10 which currently have a single bye. The Wisconsin-Northwestern game on Thursday will be for the #9 seed unless a crazy scenario happens (detailed under Wisconsin and Northwestern?s scenarios below). The final tier is the bottom 4 teams that are locked into playing on Wednesday. I won?t put every scenario since there are several for the bottom 4 teams so I?ll just list the seeding ranges for each team. I?ll break the bottom down more in depth later in the week.