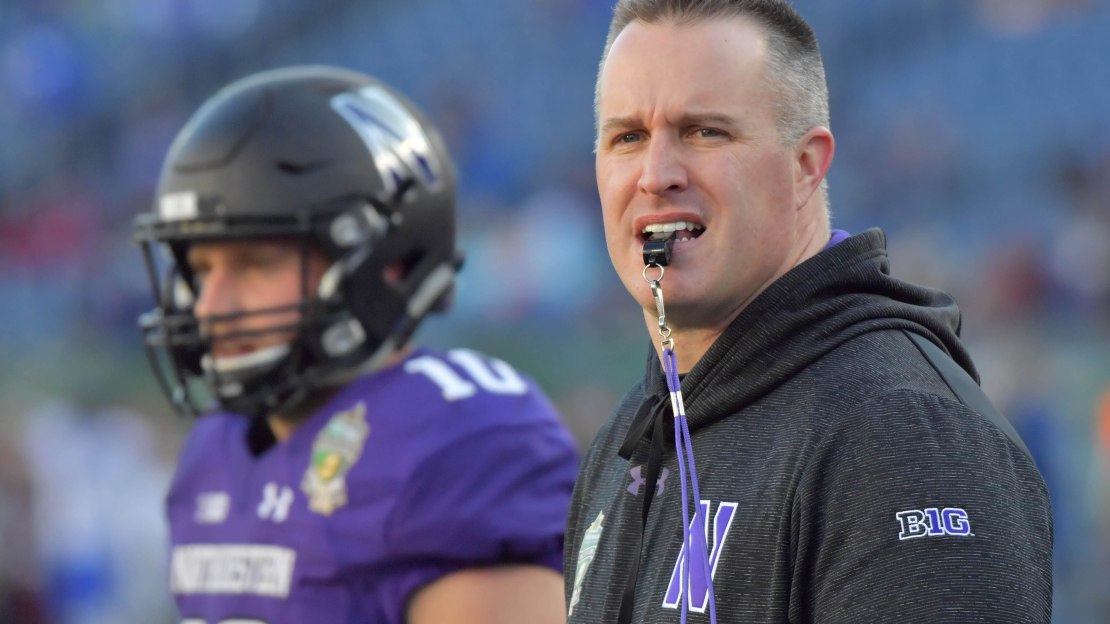 These are happy days in Evanston. Northwestern is coming off its second 10-win season in the last three years and its third under Pat Fitzgerald. The program is rolling and may be on the precipice of a breakthrough to a Big Ten West title as it has gone to bowls each of the last three seasons.

And so, Northwestern is the latest of our 2018 Spring Football previews.

A sparkling facility is rising on the banks of Lake Michigan. And talent is abundant in Evanston. More good news: Many key players will be back in 2018, but keep an eye on QB Clayton Thorson. He suffered a knee injury in the Music City Bowl win vs. Kentucky and may not be ready for the start of the season.

The 2017 season was the seventh in a row that the staff remained intact. But change has taken place in the offseason. Defensive backs coach Jerry Brown, a Northwestern lifer, has retired after 25 years. And linebackers coach Randy Bates left to become defensive coordinator at Pitt. Fitz hired Lou Ayeni and Tim McGarigle, both of whom played for Northwestern. Fitzgerald also hired Jeff Genyk, who worked in Evanston from 1994-2003. Ayeni was the running backs coach at Iowa State, the position he?ll lead at NU. He'll also be the recruiting coordinator.

With Ayeni on board, former running backs coach Matt MacPherson is now coaching the secondary. McGarigle was the Green Bay Packers' defensive quality control coach and will coach the linebackers at NU. Genyk has 25 years of experience, working recently at Vanderbilt, Wisconsin, Nevada, and Cal. He will run special teams; Genyk was the head coach at Eastern Michigan from 2004-08.

Quarterback. With Clayton Thorson out recovering from injury, this is a chance for others to impress. Keep an eye on junior T.J. Green, redshirt freshman Andrew Marty, and sophomore Aidan Smith. There will be plenty of reps available, as the staff will be getting a look at the future of the position. If Thorson isn?t ready for the start of the season, who would get the nod in the opener at Purdue on Aug. 30?

Safety. It will be difficult to replace Godwin Igwebuike and Kyle Queiro, two bellwethers in the secondary. But the staff is confident in senior Jared McGee, sophomore JR Pace, and sophomore Travis Whillock. True freshman Jeremiah McDonald is among five early enrollees so he may figure in the mix.

Linebacker. Northwestern lost Brett Walsh to graduation, Nate Hall is recovering from surgery and there are a limited number of scholarship players on the roster this spring because of health-related retirements. Still, this unit has some nice options. Key players to watch are sophomore Paddy Fisher, senior Nate Fox, sophomore Blake Gallagher, sophomore Jango Glackin, redshirt freshman Pete McIntyre and true freshman early enrollee Khalid Jones. Fisher was one of the top freshmen in the Big Ten last year. He reminds some of a young Pat Fitzgerald. Yes, Fisher is that promising.