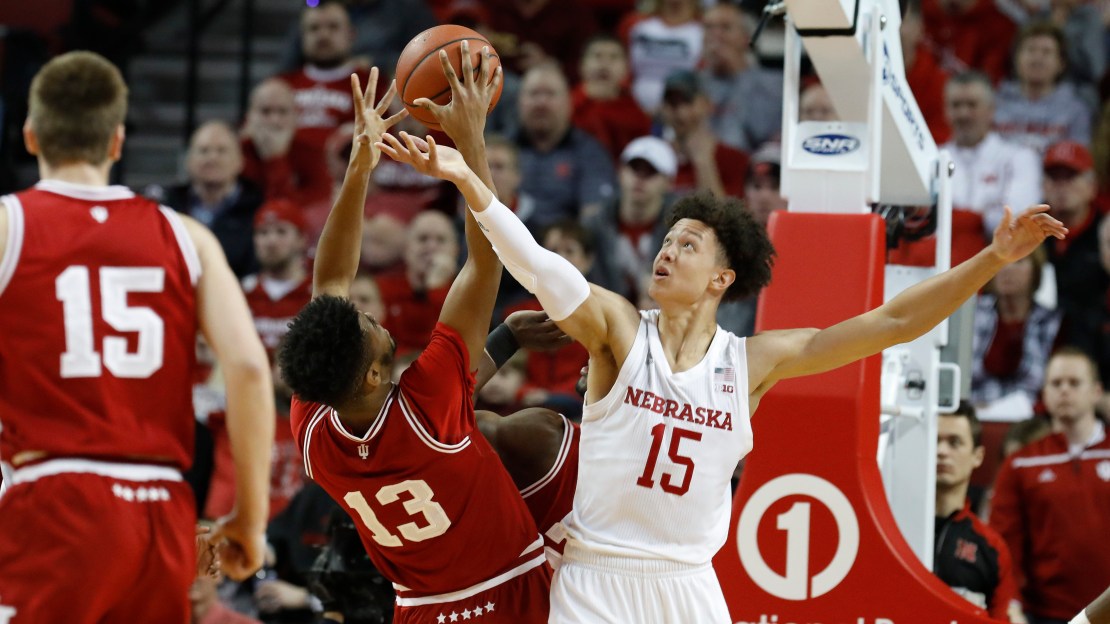 Indiana started a 10-2 run in the second half with back-to-back 3-point plays by Justin Smith and Juwan Morgan, taking a 41-37 lead with 13:50 remaining. Nebraska answered with 10 straight, including a 3-point play and two free throws by Evan Taylor, and led the rest of the way.

The Huskers, who tied a school record with their 12th conference win, finished off the Hoosiers when Palmer had two free throws and a dunk during an 8-0 run that made it 64-53 with 1:51 remaining.

Indiana somehow emerged with a halftime lead despite a shaky first 20 minutes, going ahead 26-25 after Devonte Green and Johnson scored on hard drives in the final 90 seconds. Nebraska had a chance to regain the lead it held for much of the first half, but Roby missed a 3-point shot as time ran out.

Nebraska had taken a 25-22 lead on a 3-point basket by Thomas Allen with 1:52 remaining, but the Huskers made just 3 of 15 from behind the arc in the first half and did not attempt a free throw.

Indiana also hurt itself with nine turnovers but never trailed by more than five points in the half, facing its largest deficit at 9-4 after a Roby dunk.

Indiana: The Hoosiers had built some late-season momentum by beating four consecutive Big Ten lower-division teams. They will try to rebound with a Friday night home game against Ohio State that concludes their regular-season schedule.

Nebraska: The NCAA tourney hopes remain fragile, but Nebraska picked itself up nicely after its costly loss at Illinois. The play of Palmer, a junior, continues to be an important part of one of the Huskers' best seasons in years.