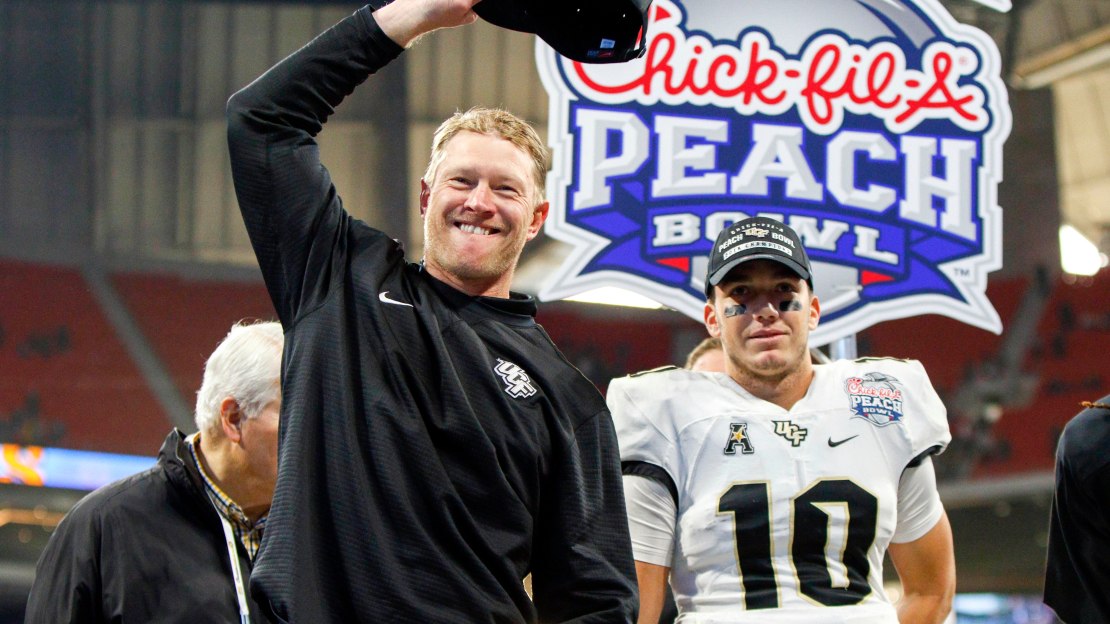 Bill Callahan couldn?t do it. Neither could Bo Pelini nor Mike Riley. Maybe Scott Frost can bring Nebraska its first conference title since Frank Solich delivered a Big 12 championship in 1999.

No doubt, the arrival of Frost has excited a passionate Nebraska fan base that had to endure a dreary three-year run by nice-guy Riley, who went 19-19 overall and 12-14 in the Big Ten. A former Cornhusker quarterback who led the program to a share of the 1997 national championship, Frost has come home after becoming a coaching darling last season in guiding Central Florida to a 13-0 mark capped by a bowl win vs. Auburn and No. 6 AP poll finish. He has had a meteoric rise in the coaching ranks; back in 2008, Frost was working at FCS Northern Iowa. Now, the 43-year-old is tasked with making Nebraska a Big Ten and national title contender.

Last season was disappointing, any way you slice it. Nebraska went 4-8 overall and 3-6 in the Big Ten. The only win vs. a team that finished with a winning record came at 7-6 Purdue in the final seconds. And who can forget the near-home loss in the opener vs. Arkansas State?

Quarterback. This is going to be interesting. The new staff has some talent to work with, even though Tanner Lee opted to turn pro. There isn?t much game experience. Sophomore Patrick O?Brien arrived on campus with a fat scrapbook. Redshirt freshman Tristan Gebbia and sophomore Andrew Bunch also are in the mix. The race figures to come down to O?Brien and Gebbia. A wild card: True freshman Adrian Martinez, a hyped prospect who may end up being the guy.

Offensive line. There is talent to work with, but this unit needs to improve. Sophomores Matt Farniok and Brenden Jaimes are top options at the tackle slots. Seniors Jerald Foster and Tanner Farmer should be a strong duo at guard. Senior Cole Conrad and junior Michael Decker will compete at center. For years, this position group defined Nebraska football. But for too long, the front hasn?t been dominant. That must change if the Huskers want to regain their glory.