Big Ten primer: Get ready for the final week of the regular season 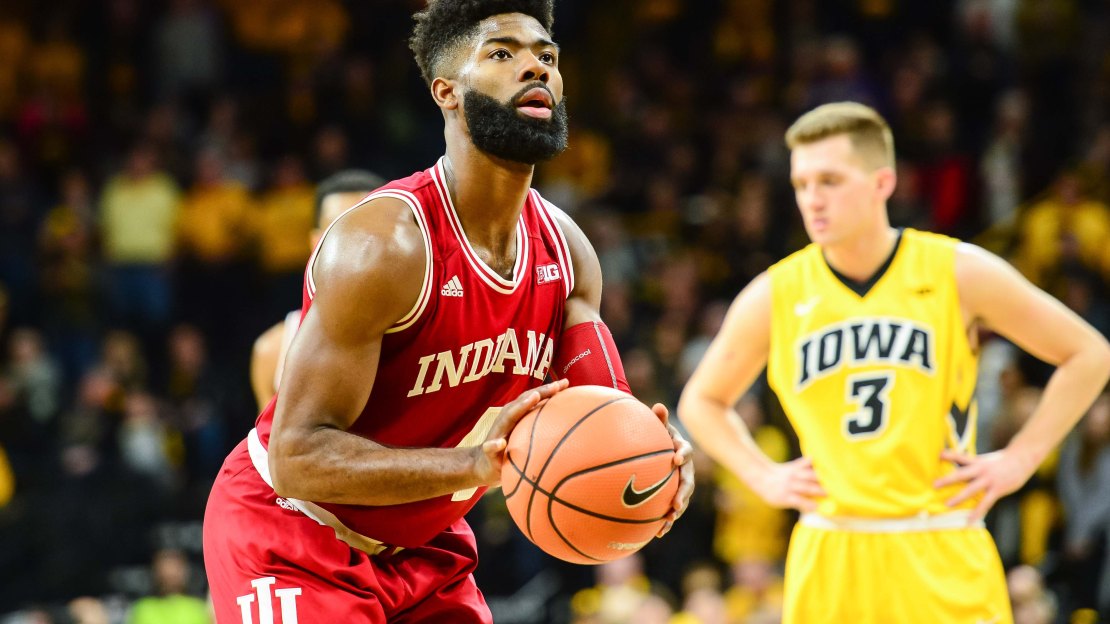 The final week of the season is here. And, there?s a lot on the line. Nebraska, Penn State and Indiana are jockeying for NCAA bids-the hopes of some better than others–while Michigan State is looking to lock up its first Big Ten title since 2012.

Game of week: Penn State at Nebraska, Sunday. This one lost a little bit of luster after both teams lost Sunday, but it's still a very big game. Who saw something like this happening in November, or even a month ago? But here we are, as these traditional football powers will square off in a basketball game that matters. The Cornhuskers were winners of six in a row prior to their loss at Illinois on Sunday. Did that defeat doom the Huskers? hopes to earn their first NCAA bid since 2014? The Nittany Lions have come to life, winners of six of their last eight. The lone losses coming at Michigan State and at Purdue. PSU has a two-game sweep of Ohio State on its resume. The Nittany Lions' rise has correlated with the Jan. 25 return for Josh Reaves from an academic suspension. The loser of this game probably can kiss their NCAA hopes good-bye.

Don?t overlook this game: Ohio State at Indiana, Friday. The Hoosiers closed last week on a four-game winning streak, keeping their faint NCAA hopes alive. IU has gotten better because of defense. And that defense will be tested by Ohio State, which is coming off a tough week in which it lost two games to fall out of first place. The Buckeyes need to regain their mojo, while the Hoosiers need another marquee win to bolster its NCAC cause.

Must win: Penn State vs. Michigan, Wednesday. The Nittany Lions got off to a rough start this season, including a loss to Rider and a confounding overtime defeat at home to Minnesota. Any wiggle room evaporated a long time ago. If Penn State hopes to reach the NCAA tourney for the first time since 2011, it probably needs to win out-and then do some damage in the Big Ten tourney. Even then, PSU may be a longshot. Still, the Nittany Lions just need to focus on winning and finishing strong.

Best individual matchup: Penn State?s Lamar Stevens vs. Nebraska?s James Palmer Jr., Sunday. These are two wing talents that finally are getting their due. Palmer is a transfer from Miami (Fla.) who has had just-add-water impact and could be a first-team All-Big Ten choice. Stevens is a dynamic athlete who is a key cog on one of the best starting fives in the Big Ten.

Upset alert: Michigan State at Wisconsin, Sunday. Could the Spartans get beat when it plays in Madison on Sunday? Yes, this arguably is the worst Badger team since the late-1990s, as UW will miss the NCAA tourney for the first time since 1998. Still, Wisconsin showed it still has fight when it upset No. 6 Purdue last week in the Kohl Center. And Michigan State showed it can fall into lulls, as the Spartans almost lost at Northwestern last week but pulled off a 27-point rally-the biggest in Big Ten history-to avoid the embarrassing setback. A loss could cost MSU an outright Big Ten and possible No. 1 NCAA seed.

Big week: Indiana. The Hoosiers are fighting for their NCAA life. And they can make a big impression this week. First, Indiana plays at Nebraska on Tuesday. The Cornhuskers are turning into a national darling, as Tim Miles has breathed life into the program with the help of transfers like James Palmer Jr. and Isaac Copeland. Then, on Friday, the Hoosiers play host to Ohio State. The Buckeyes, losers of two straight, have been one of the most surprising teams in the nation under first-year coach Chris Holtmann. If Indiana can win both games, it could be set up to earn an NCAA bid if it has a good showing in the Big Ten tournament.