Best of the week that was: What a week of B1G upsets, drama 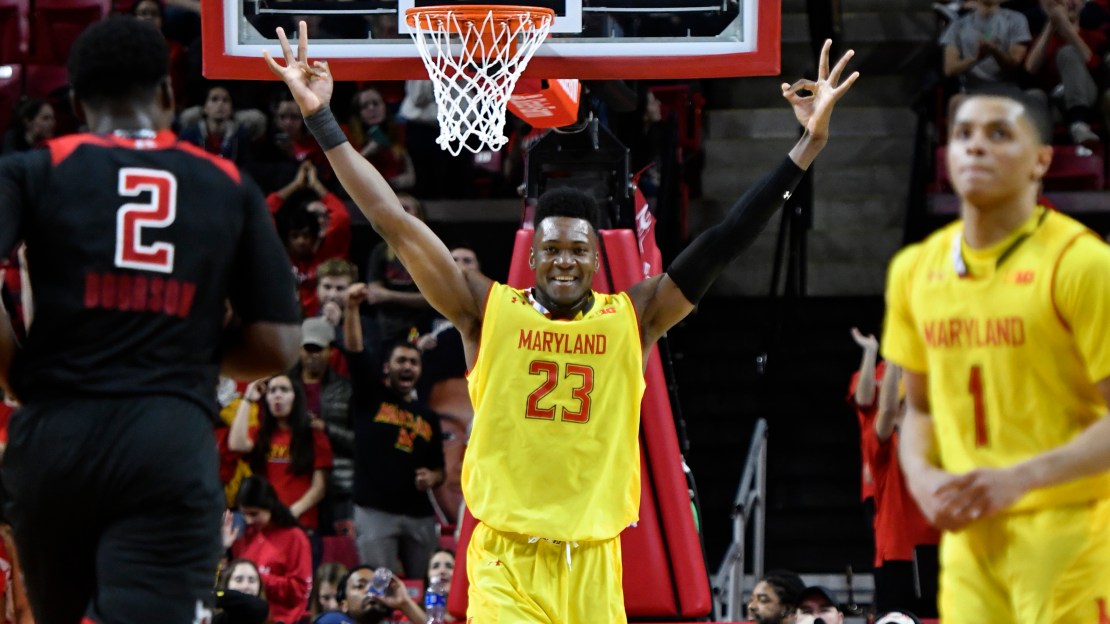 It was ?Upset City? in the Big Ten this week in what was perhaps the most drama-packed week of the season. Top-10 teams lost three times, and we saw the biggest comeback in Big Ten history.

Want more? White-hot Nebraska got dumped at last-place Illinois. And so it went during a week when coaches were chugging Pepto-Bismol.

Take a look back at what was a breathless week in the Big Ten.

Biggest surprise: Indiana. Don?t give up on the Hoosiers yet! Archie Miller?s club is playing its best basketball of the season, winners of four in a row after IU had dropped four in a row. A commitment to defense is paying off, as the Hoosiers (9-7) look to make a late run to the postseason. If Indiana can win-out at Nebraska and vs. Ohio State ? and then win a few games in the Big Ten tourney ? who knows. Credit Juwan Morgan, Devonte Green and Robert Johnson.

Biggest disappointment: Ohio State. The Buckeyes began the week on top of the Big Ten. They ended the week looking up at first-place Michigan State after suffering losses at Penn State and at Michigan. No Big Ten team has a tougher schedule down the stretch than OSU. And, it?s starting to catch up to the Buckeyes. Despite the hiccups, this continues to be a special season for Ohio State, which has a bright future under Chris Holtmann.

Best win: Wisconsin vs. No. 6 Purdue & Penn State vs. No. 8 Ohio State. There were two-both on Thursday. Each was equally as impressive. First, a Wisconsin team that was 11-16 overall and 4-10 in the Big Ten and is going nowhere fast unceremoniously dumped No. 6 Purdue, 57-53. It was the Boilermakers? third loss in a row and caused fans to rush the court at the Kohl Center. Second, Penn State throttled visiting No. 8 Ohio State, 79-56. It was the Nittany Lions? second win vs. the Buckeyes this season, as PSU won in Columbus earlier this year on a last-second 3-pointer. Like in Madison, fans stormed the court in State College. A third one could be added here, to be honest, and that would be Michigan State's 27-point comeback at Northwestern. (More on that one below.)

That, folks, is how the biggest comeback in Big Ten hoops history was sealed.

No. 2 @MSU_Basketball stormed back from 27 down at Northwestern to clinch its 10th straight win Saturday: pic.twitter.com/b2YwNOF1Jm

Best dunk: Maryland?s Bruno Fernando vs. Rutgers. Fernando had an absolutely nasty throw-down off an inbound pass in the Terrapins' easy win Saturday night. Holy-moly!!! Hide the women and children.

Best shot: Iowa's perfect start vs. Indiana. This isn?t a singular shot. Instead, let?s tip our hat to Iowa, which hit its first 10(!) shots vs. Indiana on Saturday. Alas, the Hawkeyes still lost to the Hoosiers, 84-82, getting outscored 62-36 after hitting those first 10 shots.

Best pass: Penn State's Josh Reaves. Do yourself a favor and check out the beautiful full-court pass the do-it-all guard delivered to star Tony Carr on an inbound pass to beat the first-half buzzer. It was simply amazing.

Best moment: Wisconsin upsets Purdue on Frank Kaminsky Night. On a night when Wisconsin honored Frank Kaminsky, one of the best players in program history who had his jersey retired, Ethan Happ led the current crop of Badgers to their biggest win of a challenging season. Happ finished with 21 points and 12 rebounds after the school retired Kaminsky's jersey, and Wisconsin beat No. 6 Purdue, 57-53, on Thursday to hand the Boilermakers their third straight loss.

Best story: Austin Hatch in uniform on Michigan senior day. By now, you know Hatch's story; if not, you have some catching up to do. The two-time deadly plane crash survivor gave up basketball and hasn't played for Michigan since 2014-15–now around the team as an undergraduate student assistant–but John Beilein made him an honorary captain on senior day vs. rival Ohio State. It was a great sight.

Did you see this? If smashing Ohio State wasn?t fun enough for Penn State fans, they had Flavor Flav in the stands rooting for the Nittany Lions on Thursday. He is Penn State G Shep Garner's cousin. Something else you may have missed: Purdue star Vincent Edwards sprained his ankle and missed Sunday night's game vs. Penn State. The senior star is questionable for the Boilermakers' final two game, as well.