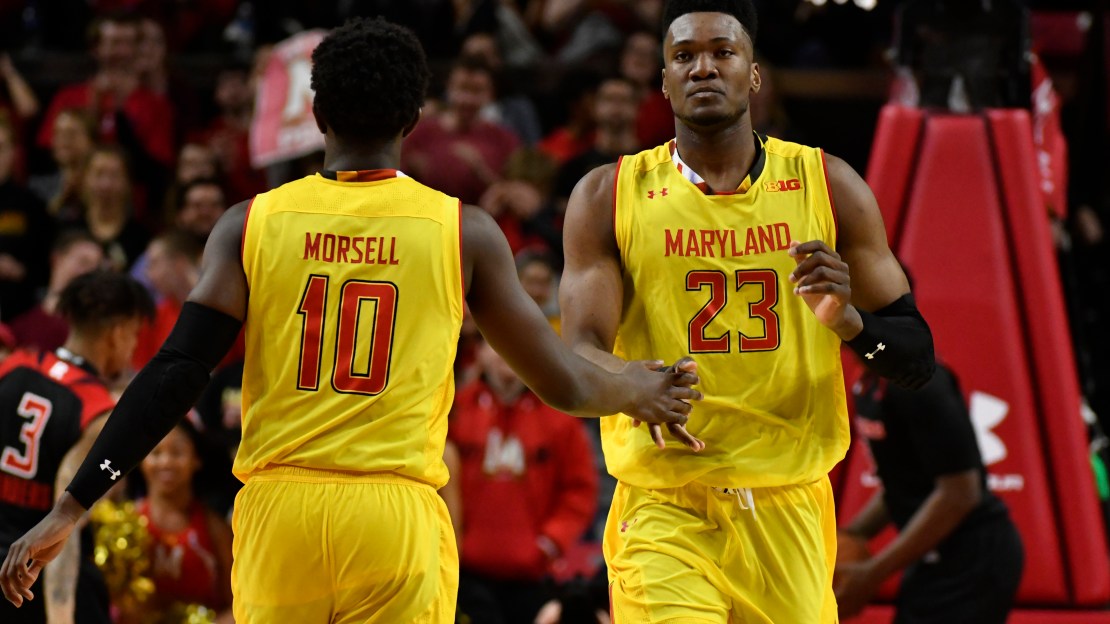 COLLEGE PARK, Md. (AP) Bruno Fernando had 18 points and a career-high 16 rebounds, and Maryland kept Rutgers winless on the road with a 61-51 victory Saturday night.

Fernando led the charge with a dominating performance on both ends of the court. The 6-foot-10 freshman made several rim-shaking dunks and was assured his third career double-double with 19 minutes remaining.

The high-spirited Fernando added some spice to the anticlimactic second half by drilling his first career 3-pointer to make it 55-36.

A 10-0 burst by Rutgers cut the gap to 55-46 with four minutes left, but the Terrapins easily thwarted the comeback bid.

Anthony Cowan Jr. scored 14 and Kevin Huerter added 11 to help Maryland improve to 15-2 at home, a sharp contrast to its 1-8 road record.

Eugene Omoruyi scored 11 for Rutgers. Corey Sanders, the team's leading scorer, was limited to 6 points on 3-for-14 shooting.

The Scarlet Knights missed three shots and committed three turnovers on their first six possessions, and a dunk by Fernando capped a game-opening, 10-point surge that put the Terrapins ahead for good.

It was 21-14 before Cowan made three driving layups in an 8-1 spree that restored Maryland's double-digit lead.

In the second half, two baskets by Fernando and 3-pointers by Cowan and Dion Wiley made it 41-22.

Rutgers: The Scarlet Knights have failed to build on last season, when they won a school-best three games in the conference and beat Penn State on the road. Rutgers isn't half bad at home, but its continued struggle on the road remains a glaring weakness.

Maryland: The Terrapins put on another impressive show at home. Maryland would be in the upper half of the Big Ten standings if it wasn't so darn inconsistent on the road.

Maryland: At Northwestern on Monday night in a rematch of a Feb. 10 game won by Terps 73-57.