How Michigan State is engineering buildings that stand strong in the face of fire: BTN LiveBIG 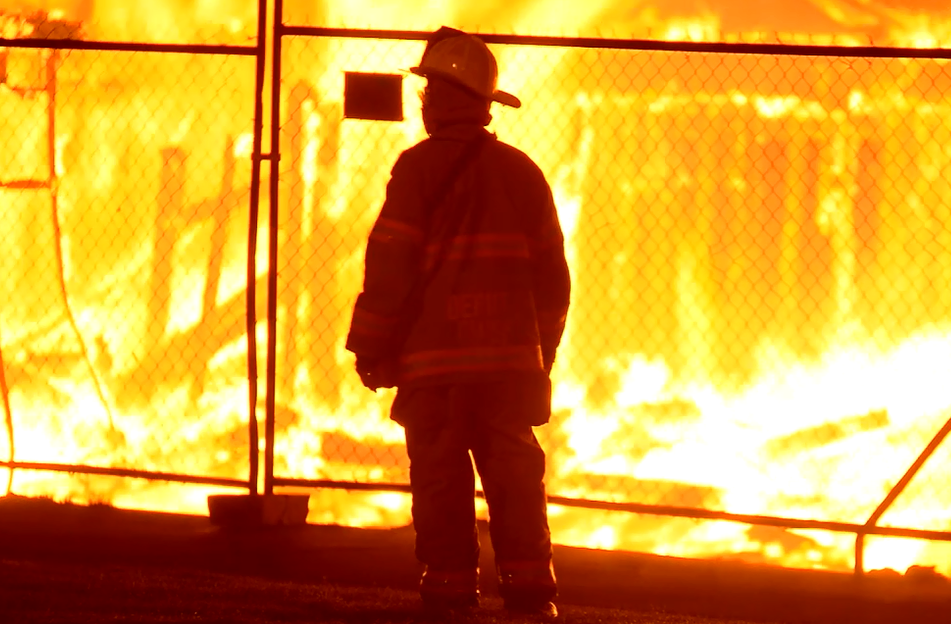 ?Is that not the Promethean fable, that the fire stolen from the gods will light men their way even while it burns their hands??

Contradiction is incumbent to fire. Without it, we would still be in the stone age. We need fire to live. It warms our bodies, our food; fire fuels our daily lives. Yet, out of control, it can take lives and level cities.

That is why understanding fire and how it affects that which it comes into contact with is crucial. Researchers at Michigan State University are at the forefront of expanding our knowledge of how building materials react in the presence of flames and intense heat and how to improve performance in the event of an unforeseen conflagration.

?What we?re trying to do is slow down the impact of the fire to let people escape and for first responders to get in safely and put out the fire,? says Mohannad Naser, a post-doctoral research fellow in the lab of Dr. Venkatesh Kodur.

The problem that modern buildings face in the event of fire is threefold, according to Kodur. First, he says, modern buildings are full of combustible materials, from the furniture to flammable paint. Second, modern architectural style and a desire for maximizing usable space has led to more open areas where a fire can breathe and quickly spread. Third, the very materials which we use to construct our homes, office, factories, skyscrapers - primarily concrete, steel and wood -  perform much more poorly in a fire than their antecedents.

?We need to account for the weakness of these materials,? says Kodur. ?They weaken the whole structural system because the fire severity today is much worse than before.?

Following the tragedy of 9/11 - of which Kodur was part of the investigative team - it became apparent that research was needed to more thoroughly study the effects of fire on structural materials. To that end, Michigan State equipped Kodur with a state of the art lab that includes a specialized furnace which allows researchers to submit massive structural members - columns, beam, entire wall slabs - to intense fiery conditions all while collecting detailed data on how they react.

That data is analyzed using advanced computer modeling which tells the researchers exactly what happened to a certain structural element during the burn. Kodur, Naser and their team have used this information to create a number of novel and inexpensive fixes to the deficits in materials precipitated by fire.

?In newer types of concrete, by incorporating small measures such as adding small amounts of fibers, you can overcome the problem of explosions during fire,? says Kodur. ?Similarly, by adding insulation in an effective way to steel members, we can enhance the fire performance significantly.?

Many of the techniques for creating more fire-resistant materials have already been implemented in new buildings around the world. What this adds up to is buildings that will maintain their structural integrity much longer during a fire. For occupants and first-responders, the strength of building materials and their predictability in the face of flames is paramount.

?Our research is already leading to enhanced fire safety in buildings, which reduces the number of lives lost or injuries, as well as the property damage,? notes Kodur. ?Here at Michigan State, we are developing solutions that will ultimately keep buildings standing longer and give enough time for firefighters to do their job and for people to get out alive.?