Dot Commentary: Which Big Ten men's hoops win has been most impressive? 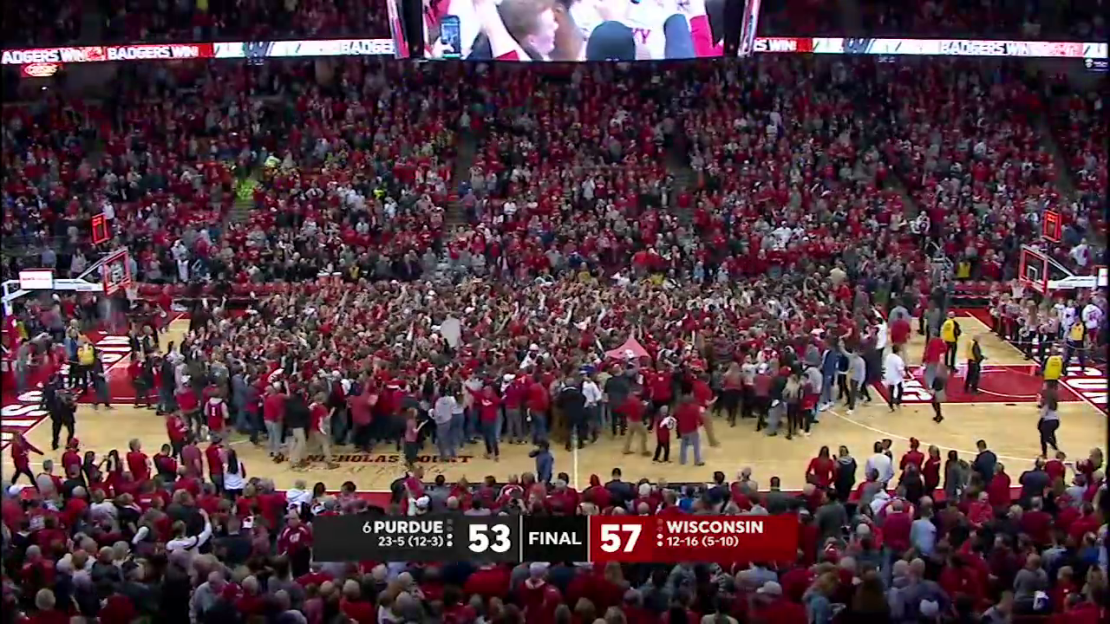 It feels like as this Big Ten men's basketball season has chugged along, captivating finishes and surprising results have happened with greater frequency.

Thursday evening was no different, as No. 6 Purdue and No. 8 Ohio State both went down on the road to unranked opponents. These thrillers helped spark the latest Dot Commentary debate topic for the BTN.com team of Tom Dienhart and Alex Roux:

Which in-conference win by a Big Ten team has been most impressive this season?

There have been some impressive wins in Big Ten action this season. Ohio State?s triumph at Purdue turned heads, as did Nebraska?s 20-point triumph vs. Michigan and the Buckeyes? victory vs. Michigan State. But the most impressive of all was Michigan?s 82-72 win at Michigan State on January 13.

The Wolverines were unranked at the time and coming off a loss to Purdue. But undeterred, Michigan marched into the Breslin Center and dumped the No. 4 Spartans by double-digits. Credit Wolverine big man Moritz Wagner, who tallied a career-high 27 points. Even more impressive, Wagner did that while playing with a bum ankle. Regardless, Wagner burned his rival on 8-of-13 shooting and made 3-of-4 3-pointers en route to leading Michigan to a big win, the only time MSU has lost at home this season.

"We didn't know if Moe would play," coach John Beilein said afterward. "He tweaked the ankle. We have a trainer, Alex Wong, who needs a shout-out for this one."

Added Michigan State star Miles Bridges: "He's a pick-and-pop guy and it's tough to guard him. We could tell he really wanted that game."

THAT is your most impressive Big Ten win of the season, ladies and gentlemen.

Until Thursday evening's events played out, I had my answer already in mind: Ohio State snapping Purdue's 19-game winning streak last Wednesday was incredibly impressive. But as this Thursday's 57-53 Wisconsin win over No. 6 Purdue went final, I reconsidered.

After all, Ohio State is a good team. Maybe a great team. Despite a raucous home court disadvantage and the suspension of Kam Williams, the Buckeyes were still expected to put up a fight before they marched into Mackey Arena and actually pulled it off. I doubt anyone expected Wisconsin to knock off the Boilers a week later.

Wisconsin was 11-16 overall and 4-9 in Big Ten play heading into the game, and they carried a win probability of just 10.7 percent, according to ESPN. Sure, Badger great Frank Kaminsky's number retirement ceremony would bring some extra juice to Kohl Center, but I figured Purdue would even that out with some extra motivation after dropping two straight games. Plus, Wisconsin should have been overwhelmed on the perimeter on paper, with D'Mitrik Trice and Kobe King injured and Purdue at full strength. But that's why they don't play games on paper.

Carsen Edwards played well with 22 points, but Dakota Mathias, Vince Edwards and P.J. Thompson combined for just 12 points. That trio was outplayed by Wisconsin's Brad Davison and Brevin Pritzl. And the star of the evening–besides Kaminsky–was Ethan Happ.

Happ was brilliant, moving ahead of Kaminsky on Wisconsin's all-time scoring list and into the Top 10 with 21 points, and he snagged 12 rebounds to boot. Plus, he played the Boilermakers' monster in the middle perfectly, pulling the chair out from under Isaac Haas on defense while disrupting Purdue's offensive rhythm.

The win won't mean much in the grand scheme of things, as Purdue's still headed for high NCAA tournament seed while Wisconsin watches from home. But for one night, Wisconsin hoops made this year feel like each of the previous 20 years as they pulled off the most impressive victory of the Big Ten season.