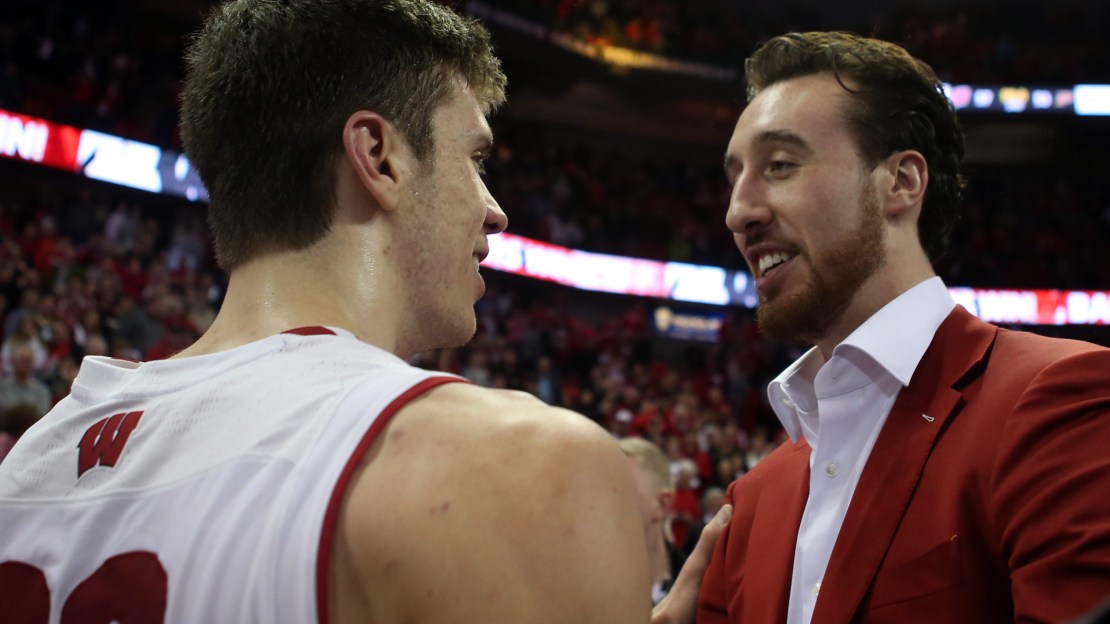 MADISON, Wis. (AP) Ethan Happ had 21 points and 12 rebounds, and Wisconsin secured its biggest win of a challenging season, beating No. 6 Purdue 57-53 on Thursday night.

Brad Davison added 16 points for the Badgers (12-16, 5-10 Big Ten), who handed the Boilermakers (23-5, 12-3) their third straight loss on the night the program honored one of its best. Charlotte Hornets forward Frank Kaminsky, who led the Badgers to the national championship game in 2015, had his jersey retired.

Carsen Edwards, who finished with 22 points, missed a 3 with 12 seconds left to end Purdue's comeback hopes.

Wisconsin's Brevin Pritzl went 3 of 4 from the foul line over the final 19 seconds to seal a win so big in Madison that Badgers fans rushed the court after the final buzzer – including Kaminsky.

Maligned by injuries in the backcourt, the Badgers have had to rely on young players to step up into more prominent-than-expected roles. Leave it to Happ, who practiced against the 7-foot Kaminsky for one season, to lead the way. He got help from Davison, a freshman playing through a left shoulder injury.

The Boilermakers had seemingly overcome early offensive hiccups after a 10-0 run gave them a 39-32 lead with 9:37 left when Wisconsin answered with aggressive play sparked by Davison.

It was a debilitating loss for Purdue's chances of winning the Big Ten. They're struggling with the conference tournament just a couple weeks away.

A choppy first half ended with a 21-all tie after the teams combined to miss 37 shots. The pace benefited Wisconsin, which played consistent defense and hustled for loose balls to keep its vocal crowd in the game all night long.

Purdue: The Boilermakers were lucky to be tied at halftime after laboring through a scoring drought of 8:17. Seven of their first 13 turnovers came in the game's first 16-plus minutes. Their offensive woes continued after coming into the night having been held to less than 65 points for two straight games for the first time since 2014-15.

Wisconsin: Young players have been thrust into bigger-than-expected roles because of injuries this season, but they put together a complete game against one of its toughest opponents of the year. The Badgers have had games when they've played well for one half, only to get blown out in the other, or vice versa. This game represented an important step forward for coach Greg Gard's club.