Carr's 30 carries Penn State to blowout of No. 8 Ohio State 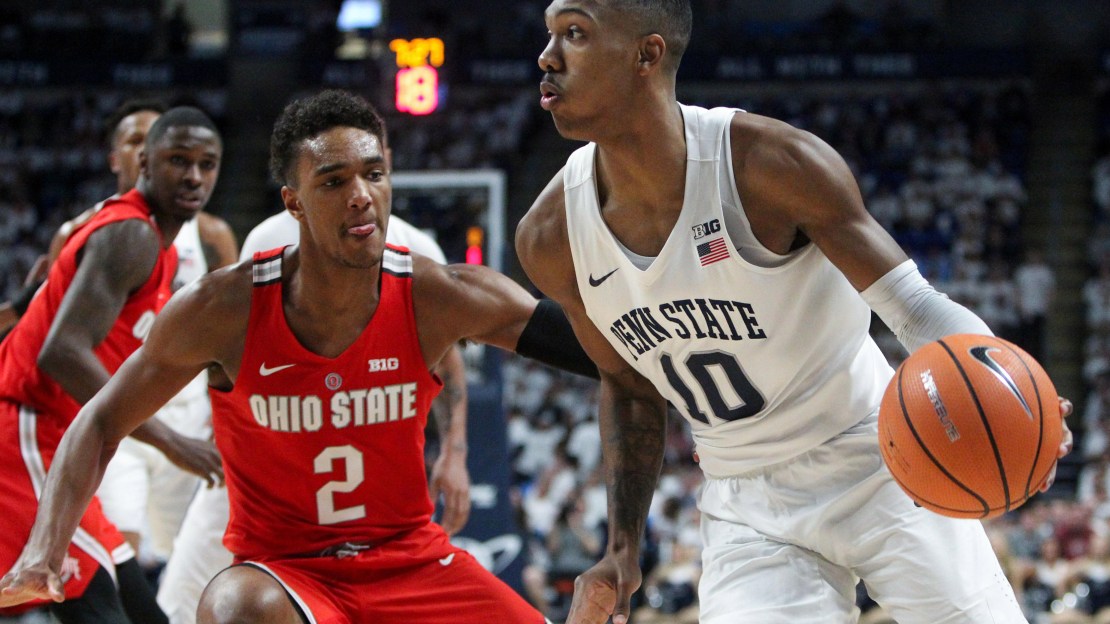 Mike Watkins added 11 points and 10 rebounds for his tenth double-double of the season, and Shep Garner and Josh Reaves added 13 and 10 points apiece for the Nittany Lions (19-9, 9-6 Big Ten), who won their sixth in seven tries since beating the Buckeyes in Columbus on Jan. 25.

C.J. Jackson led Ohio State (22-6, 13-2) with 13 points and Keita Bates-Diop added 10 for the Buckeyes, who had their four-game wining streak snapped.

The Nittany Lions took control in the first half with a 12-0 run over 5:06 as the Buckeyes went 0-for-5 in that span.

Carr tossed an alley-oop Watkins' way and the forward jammed home the run's second basket to give Penn State the lead for good just 3:20 in.

Penn State added a pair of 7-0 runs and a 6-0 spurt later in the half and Carr buried an awkward layup off a full-court inbounds pass and an ensuing free throw to give Penn State a 45-21 halftime lead.

Ohio State: The Buckeyes entered a half game up on No. 2 Michigan State in the Big Ten standings and a 1 1/2 ahead of No. 6 Purdue with the head-to-head tiebreaker over both. The Boilermakers fell to Wisconsin on Thursday, so they didn't gain any ground. But the Buckeyes' lead isn't safe with three games left, especially if they shoot as poorly as they did inside the Bryce Jordan Center where they made just 28 percent of their field goals over the first 20 minutes.

Penn State: The Nittany Lions controlled this game from the opening tip thanks to stingy defense that turned into opportunistic offense. They improved to 2-2 against ranked teams this season. Now, the Nittany Lions will have a chance to beat ranked foes in back-to-back games for the first time since Jan. 2011 when the Nittany Lions beat No. 18 Michigan State and No. 16 Illinois consecutively.

Ohio State: Travels to No. 22 Michigan on Sunday.