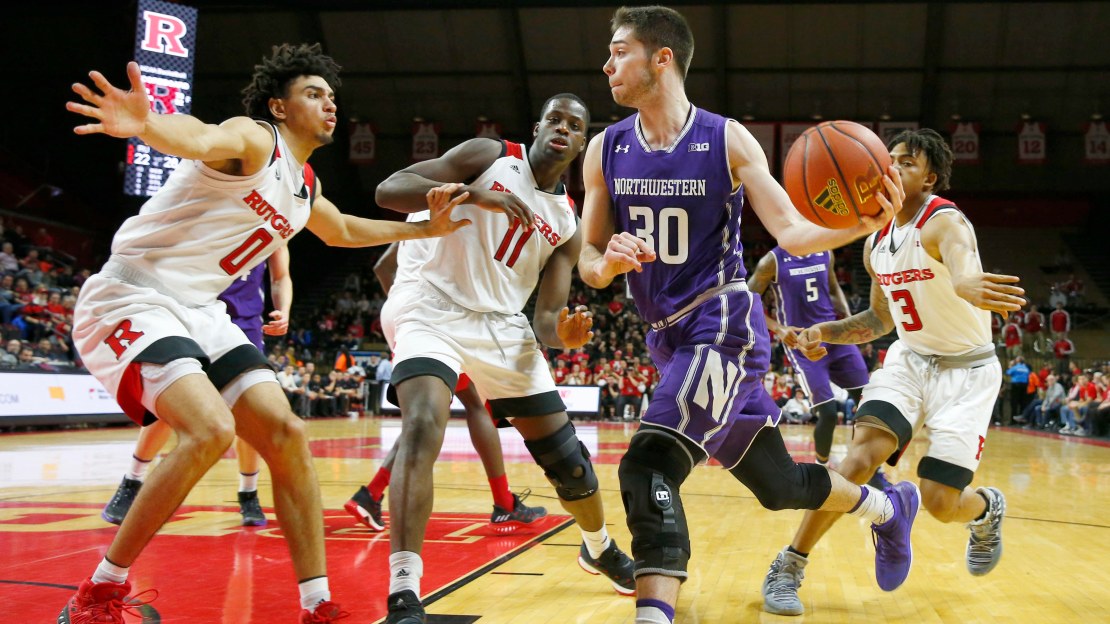 PISCATAWAY, N.J. (AP) With senior captain Deshawn Freeman benched, star guard Corey Sanders had a game-high 30 points to lead Rutgers to a 67-58 overtime victory over Northwestern on Tuesday night at the RAC.

Derek Pardon hit his first six shots and had 13 rebounds to go along with 12 points to lead Northwestern (15-12, 6-8). Scottie Lindsey added 19 points and Aaron Falzon – who went 3 for 3 in the first half – had eight points off the bench for the Wildcats.

Pardon and Falzon started a combined 8-for-8 shooting in the first half.

Northwestern jumped out to an 8-2 lead on a Lindsey jumper assisted by Bryant McIntosh before Rutgers tied it at 10 on a Sanders layup.

Northwestern: Losers of two in a row coming off a loss at Maryland, the Wildcats need to get back on track with a win as they try to build up a resume to make the NCAA Tournament after making it to the dance for the first time a season ago.

Rutgers: Picked to finish last in the Big Ten, Rutgers is trying to dig itself out of the basement of the conference as they snapped a seven-game losing streak.

Freeman didn't play for the first time this season because of a coach's decision. The senior captain started 31of 33 games last year and all 17 this year.

Northwestern: Hosts No. 2 Michigan State on Saturday, at 1 p.m.