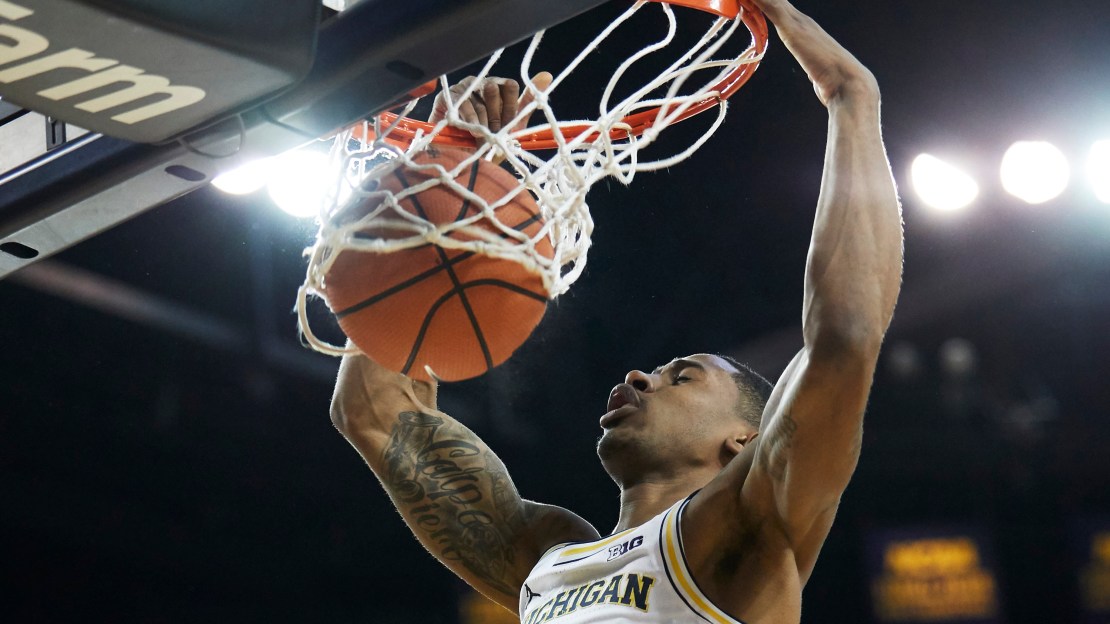 Senior co-captains Robinson and Muhammad-Ali Abdur-Rahkman each scored 18 points to help No. 22 Michigan beat Iowa 74-59 on Wednesday night. It was a win that both young men looked at as another stepping stone toward greater achievements.

"Now when you're a senior, you're looking at your last games," Robinson said. "You're kind of looking at it like it's now or never. You kind of see the time ticking down on your career.

"You've got to have a heightened sense of urgency about wanting to leave a mark. That's not me as an individual, I mean more as a team. If we want to do something this year and leave a mark, it falls on us, the captains and the older guys, to shoulder that responsibility."

With 33 points in the last two games, Robinson appears to be heating up at the right time of year for the Wolverines (21-7, 11-5 Big Ten).

"I think he's just showing a little bit more passion," Abdur-Rahkman said. "I was here when he was shooting 70 percent as a sophomore. I'm just glad he's getting back to his old self. He's one of the best shooters in the country, so anytime he's shooting well, it definitely boosts your team."

Michigan coach John Beilein knows that if the Wolverines intend to make any noise in the postseason, Robinson and Abdur-Rahkman must lead the way.

"It's their time right now," Beilein said. "I want them to shoot more. They've been leading, they've been great captains. But also, they've got to be the ones who are a little more aggressive, both offensively and defensively."

The Hawkeyes came into the game second in the Big Ten in scoring offense, averaging 80.1 points per game, but Michigan became just the third team to hold Iowa under 60 points this season.

"We just locked in on defense," Michigan guard Jaaron Simmons said. "We knew not to take them lightly, because they average like 80 points a game. We were ready."

GIVE IT AWAY NOW

Iowa opened a quick 7-0 lead, but 12 first-half turnovers by the Hawkeyes turned the game in Michigan's favor.

"I think what surprised me more was nine early," Iowa coach Fran McCaffery said. "You can't go in and play Michigan and turn it over nine times in the first nine minutes. They take those live ball turnovers and turn them into points.

"You can't turn it over in the middle of the floor with a team with this kind of speed, a team that passes the ball this well."

Iowa: The Hawkeyes have played three straight games against ranked opponents and lost all three by a combined margin of 252-216. … Iowa is 0-4 against ranked opponents this season. … Sophomore guard Jordan Bohannon has hit 30 successive free throws, four shy of the school record set by Chris Street in 1993. Bohannon's last missed free throw was Jan. 4 against Ohio State.

Michigan: When the Wolverines beat the Hawkeyes 75-68 Jan. 2 at Iowa City, it ended Iowa's season-high five-game winning streak and was the first win by the Wolverines at Carver-Hawkeye Arena since 2011. … Michigan is 52-24 all-time at home against Iowa. … Abdur-Rahkman leads the nation in assist to turnover ratio (90 assists, 15 turnovers).

Iowa: The Hawkeyes play host to Indiana on Saturday.

Michigan: The Wolverines play host to No. 14 Ohio State on Sunday.