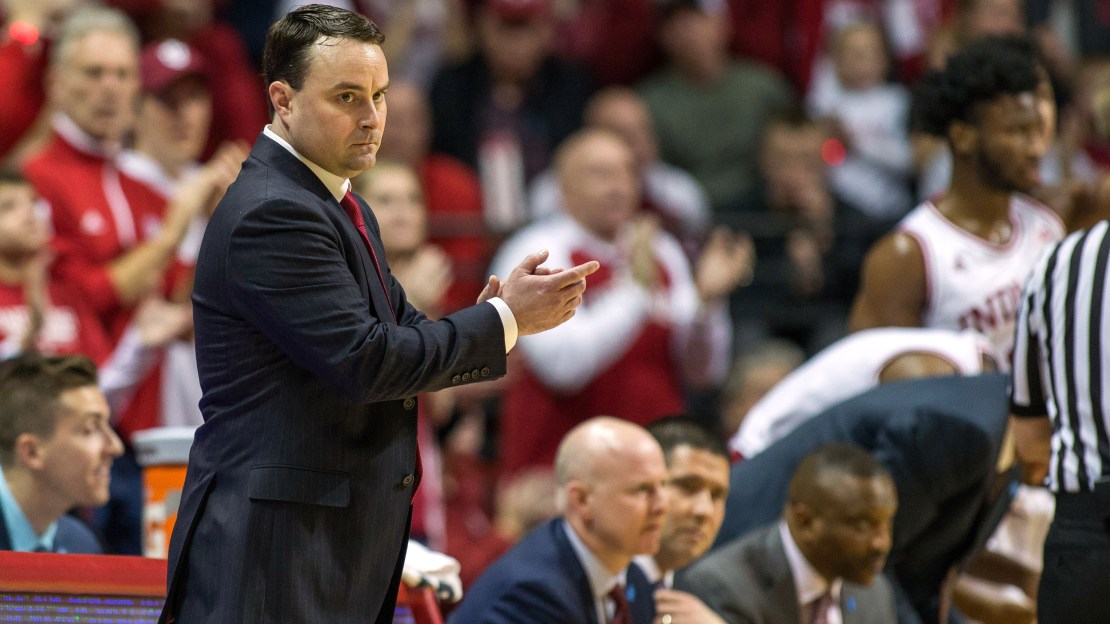 BLOOMINGTON, Ind. (AP) Juwan Morgan was one of three Indiana players to score 14 points Wednesday night and he posted his eighth double-double this season to lead the Hoosiers past Illinois 78-68.

And, as has been the case recently, the Hoosiers relied on a stout defense and a strong closing punch to seal this one.

Indiana first took control with a 14-0 run midway through the first half and still led 35-25 at halftime.

Illinois, which was 1 of 12 on 3-pointers in the first half, adjusted in the second half by repeatedly feeding the ball inside. For a while, it worked perfectly.

The Illini methodically trimmed the deficit, getting within 51-49 with 12:26 left. They could have cut the deficit to one if Kipper Nichols could have completed a three-point play.

Instead, he missed and the Hoosiers countered with an 8-2 spurt to rebuild a 59-51 lead and Robert Johnson's 3 with 7:24 to go extended the margin to nine.

Illinois: The struggles continue. Foul trouble, poor shooting and allowing too many easy baskets were a recipe for disaster. And that's exactly the Illini got – again.

Indiana: The Hoosiers continue to build momentum as the season winds down. With two winnable road games up next, a strong finish is exactly what Indiana fans hope to see.

Illinois: Trent Frazier scored 12 points and had five assists. … Black grabbed seven rebounds. … The Illini finished 4 of 19 on 3s, shot 40.7 percent overall and scored a season-low 25 points in the first half. … Illinois was called for 24 fouls and was 20 of 30 on free throws. … The Illini have not won this season when allowing 75 or more points.

Indiana: Johnson and Aljami Durham also scored 14 points each. Justin Smith added 13 and Josh Newkirk had 11. … The Hoosiers shot 64.7 percent from the field in the second half and 59.1 percent for the game. … Devonte Green left midway through the second half with an apparent knee injury and did not return. … The Hoosiers had a 34-23 rebounding advantage and were 20 of 29 from the free-throw line.

Indiana: Will go for the season sweep Saturday at Iowa.