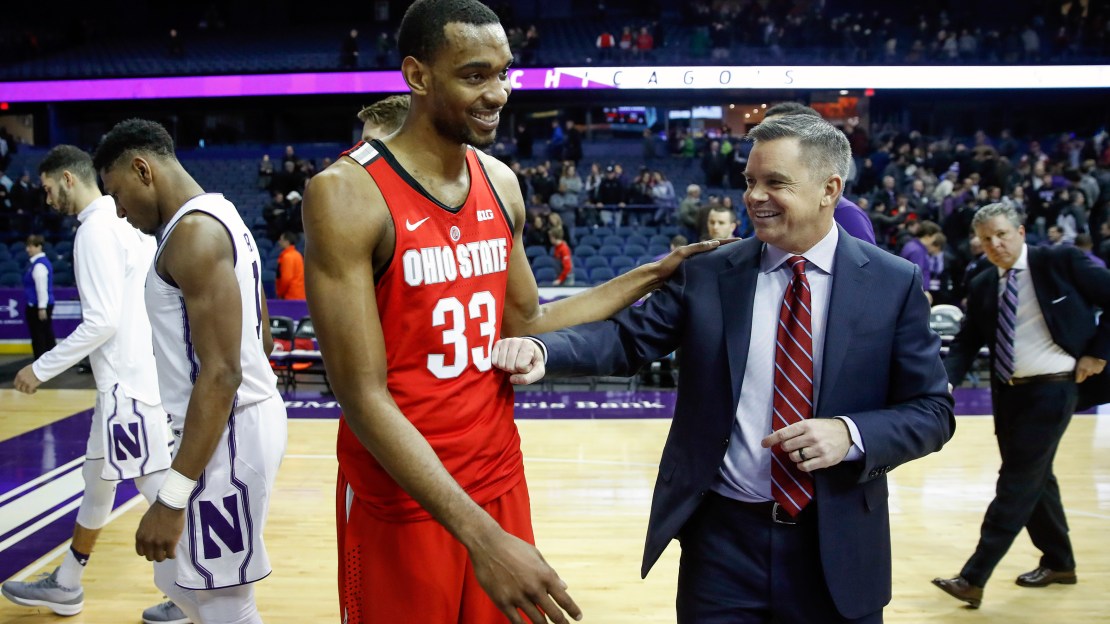 Before the penultimate week tips off Tuesday night, the @BTNStatsGuys have several nuggets for your consumption:

4, Consecutive seasons that the Big Ten champion has won the league by at least two games

14, the number of all-time outright Big Ten titles Ohio State is trying to capture, which would break a tie with Indiana for the most in conference annals

1, Number of teams among the top 5 in the Big Ten standings that have a home-and-home with the other four; Michigan played Purdue and Ohio State twice

2003-04, The last time a first-year coach (Bruce Weber, Illinois) won the Big Ten, something Chris Holtmann is trying to do at Ohio State

20 & 7, No Big Ten team with at least 20 overall wins and fewer than seven conference losses has missed the NCAA tournament; Nebraska currently sits at 19-8 and 10-4.

19, Consecutive seasons Wisconsin has finished with a winning record in Big Ten play, which it won't accomplish for the first time since 1997-98