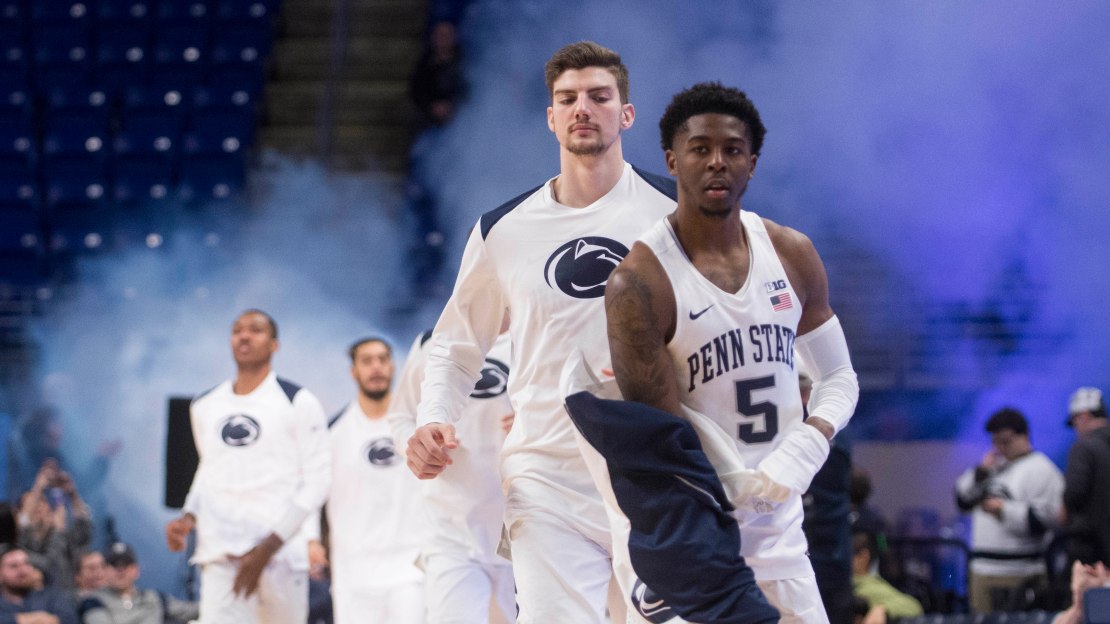 There are just two weeks left in the Big Ten regular season. It?s true. Schools have played 14 league games; just four remain over the last two weeks. The race for the championship remains tight between Ohio State, Michigan State and Purdue, while schools like Michigan, Nebraska and Penn State make a push to enhance their NCAA resumes.

Here is a look at the upcoming week.

Game of the week: No. 8 Ohio State at No. 22 Michigan, Sunday. Who can forget the first meeting between these border foes way back in December in Columbus? Back then, the Buckeyes were down by 20 points just before halftime and mounted a furious rally to topple the Wolverines, 71-62. Now, these fierce rivals meet again. And it?s a biggie. The Buckeyes have a one game lead in the Big Ten over Purdue and Michigan State. So, OSU (22-5 overall; 13-1 Big Ten) needs to win to maintain its edge. Keep in mind: Ohio State will be coming off a Thursday night game at Penn State, which could be taxing. Will that have any impact on the Buckeyes when they meet the Wolverines? Michigan (20-7 overall; 9-5 Big Ten) has a strong NCAA tourney resume. But no doubt, a win vs. a highly-ranked Ohio State would augment the Wolverines? cause.

Don?t overlook this game: No. 8 Ohio State at Penn State, Thursday. The Buckeyes have won 12 of their last 13 games. The lone loss? Against Penn State, 82-79, on January 25th, the only Big Ten team to topple Ohio State this season. That first meeting between these teams was epic, as PSU?s Tony Carr banked in a long 3-pointer at the buzzer for the win. Seconds earlier, the Buckeyes? Keita Bates-Diop hit a big 3-pointer to forge a tie and cap an Ohio State rally. The Buckeyes need this victory in State College to maintain their lead in the Big Ten chase. The Nittany Lions need the win to buff-up an NCAA resume that lacks polish.

Must win: Nebraska vs. Maryland, Tuesday. The Cornhuskers are one of the hottest teams in the Big Ten, winners of five in a row and seven of eight. The only defeat in that span was a 64-59 loss at Ohio State. The Cornhuskers are in fourth place in the conference with a 10-4 Big Ten mark (19-8 overall), but their lone marquee victory is a 20-point triumph vs. Michigan. Nebraska needs to win out and then probably win at least one Big Ten tourney game if it wants to earn its first NCAA bid since 2014, as the Huskers? resume leaves a lot to be desired.

Best individual matchup: Michigan State?s Miles Bridges vs. Minnesota?s Jordan Murphy, Tuesday. Bridges is coming off a big week, hitting a huge 3-pointer in the dying seconds to beat Purdue on Saturday. He looks like he?s taking his game to another lever down the stretch. Murphy has been one of the Big Ten?s most steady forces this season. Just call him ?Mr. Double-Double,? as the star averages 17.4 points and a Big Ten-high 11.6 rebounds. Bridges averages 17.8 points and 7.1 rebounds.

Upset alert: No. 6 Purdue vs. Penn State, Sunday. The Nittany Lions (18-9, 8-6) are a talented crew with players like Tony Carr, Mike Watkins, Lamar Stevens, Shep Garner and Josh Reaves. And Penn State already has won at Ohio State this season, so it?s capable of a monster road victory vs. a top team. Plus, the Nittany Lions are fighting for their NCAA life. A win over the highly ranked Boilermakers would help Penn State?s cause. Purdue (23-4 overall; 12-2 Big Ten) is coming off an 0-2 week and lost its Big Ten lead, so the Boilers may be vulnerable.

Big week: Penn State. The Nittany Lions have work to do if they want to make the NCAA tourney for the first time since 2011 when Ed DeChellis was coach as PSU was a No. 10 seed and finished 19-15 after a first-round loss. And this week provides two good opportunities for Pat Chambers' crew to impress the NCAA selection committee: vs. Ohio State on Thursday; at Purdue on Sunday. The fiery Chambers is in his seventh season with just one postseason appearance: CBI in 2013-14. Penn State needs to win one of these two games.