Penn State controls second half in 74-52 victory at Illinois 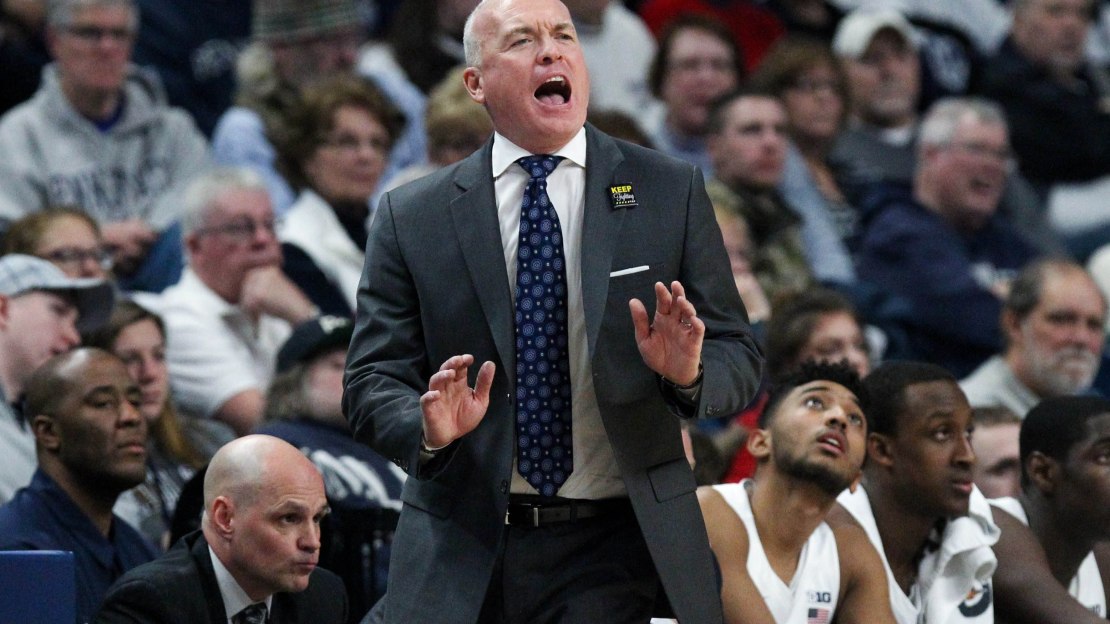 (AP) Shep Garner scored 16 points and Tony Carr had 15 points to lead Penn State to a 74-52 victory over Illinois on Sunday night.

Illinois missed its first nine second-half shots and didn't score for seven-plus minutes as Penn State went on a 12-0 run to make it 49-36. The Nittany Lions (18-9, 8-6 Big Ten) led by at least nine points the rest of the way.

Illinois had the lead for more than 15 minutes in the first half, but squandered it late. Carr air balled a 3-pointer from the right wing, but Jamari Wheeler grabbed the offensive rebound and kicked it out to Garner, who nailed a corner 3.

On the ensuing play, Mark Alstork stepped on the baseline while inbounding the ball, giving Penn State possession with 3.6 seconds left. Carr scored a layup before the buzzer to take a one-point lead into the break.

The Nittany Lions shot 54.5 percent from the field, outscored Illinois 34-12 in the paint and won their fourth consecutive game against the Illini. Penn State has won six of its last seven overall.

After finishing three games below .500 last season, the Nittany Lions continued their impressive turnaround this year. With a strong finish in conference play, Penn State could make its first NCAA tournament appearance since 2011.

After scoring career-high 32-points in a 78-69 loss to Wisconsin on Thursday, Trent Frazier was held to just six against Penn State. He has been Illinois' best player in conference play, and without a strong performance from him the Illini struggled.

The Illini will face Indiana on the Wednesday night. Illinois knocked off the Hoosiers on Jan. 24 for its first Big Ten victory of the season.

Penn State returns home to face No. 14 Ohio State. The Buckeyes sit atop the Big Ten after a one-point win over No. 3 Purdue last week.