Hot-shooting first half helps No. 20 Michigan get rare win at Wisconsin 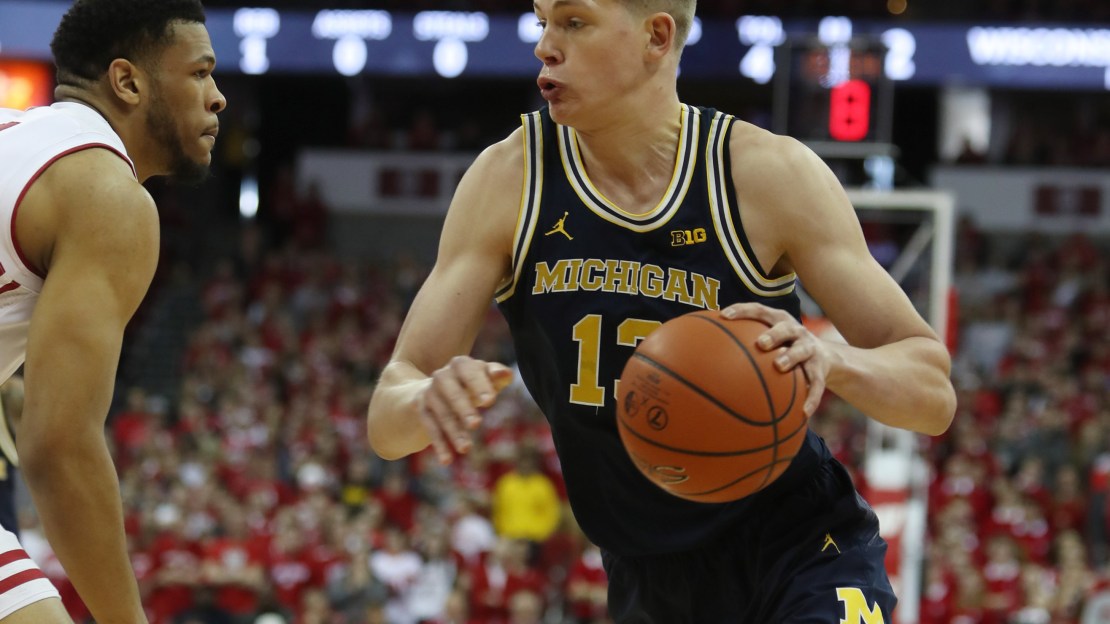 Duncan Robinson scored 16 points for the Wolverines (20-7, 9-5), who won for the first time on the road since upsetting Michigan State on Jan. 13.

This time, Michigan had to hold on after allowing much of its 22-point halftime lead slip away in the second half.

A quiet Kohl Center crowd reawakened after a 12-0 run drew the Badgers within 58-47 with 8:52 left. Aleem Ford's 3 with 2:37 left to get within eight kept Wisconsin's flickering hopes alive.

But coach John Beilein's club kept its composure and Wisconsin ran out of time. Allowing Michigan to shoot 65 percent in the first half proved to be too problematic.

Forward Ethan Happ led Wisconsin (11-16, 4-10) with a season-high 29 points, including 18 on 7-of-10 shooting in the second half. Happ had his way in the paint down the stretch with an array of baseline drives and post moves.

The first half belonged to Michigan.

Winning at Wisconsin, let alone so easily, is a rarity for Michigan. The Wolverines secured a road victory in the series for just the second time since 2000, with a 77-70 victory over the then-No. 3 Badgers in 2014 the only other win in that stretch.

Michigan: The Wolverines reached the 20-win plateau for the eighth time in John Beilein's 11 seasons as coach. Robinson was 4 of 5 from 3-point territory in the first half, matching his output from long range for his four previous games combined (3 of 14). … Wagner was 3 of 6 from 3-point range before fouling out with 39 seconds left.

Wisconsin: The Badgers trailed at home by at least 19 points at the half for at least the third time this season. With their guard rotation limited by injuries, Wisconsin doesn't have enough offensive firepower to come back from such big deficits.