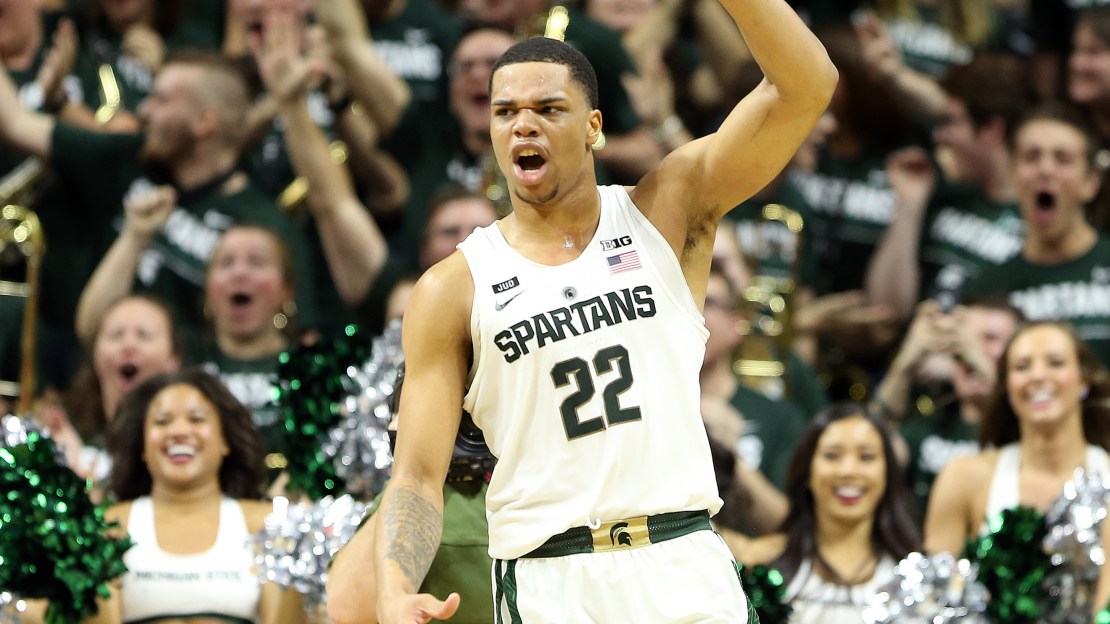 EAST LANSING, Mich. (AP) Miles Bridges made a tiebreaking 3-pointer with 2.7 seconds left and finished with 20 points, helping No. 4 Michigan State top No. 3 Purdue 68-65 on Saturday.

The Spartans (24-3, 12-2 Big Ten) have won eight straight, improving their chances of contending for a conference championship and earning a No. 1 seed for the NCAA Tournament.

Purdue led by as many as 10 points in the first half and by eight points early in the second half. Michigan State jumped in front for the first time when Bridges made a jumper near the top of the key with 9:06 left.

The Boilermakers tied the game four times over the last five-plus minutes and missed on chances to go ahead or at least get closer in the final minute.

Isaac Haas had a shot to put Purdue ahead with 23 seconds left, but was pushed away from the basket by Gavin Schilling and came up short on the shot in the lane. Purdue's Vincent Edwards missed the front end of a one and one with 2.4 seconds left, trailing by three.

Cassius Winston had 10 points and 10 assists for the Spartans.

Purdue: To get back to their winning ways, the Boilermakers have to find more than just two scorers to get into double digits. Other than Haas and Carsen Edwards, no one on the team scored more than eight points.

Michigan State: The Spartans have earned the swagger back that they lost with a lopsided loss to the Buckeyes on the road last month.

Purdue: Plays at Wisconsin on Thursday.