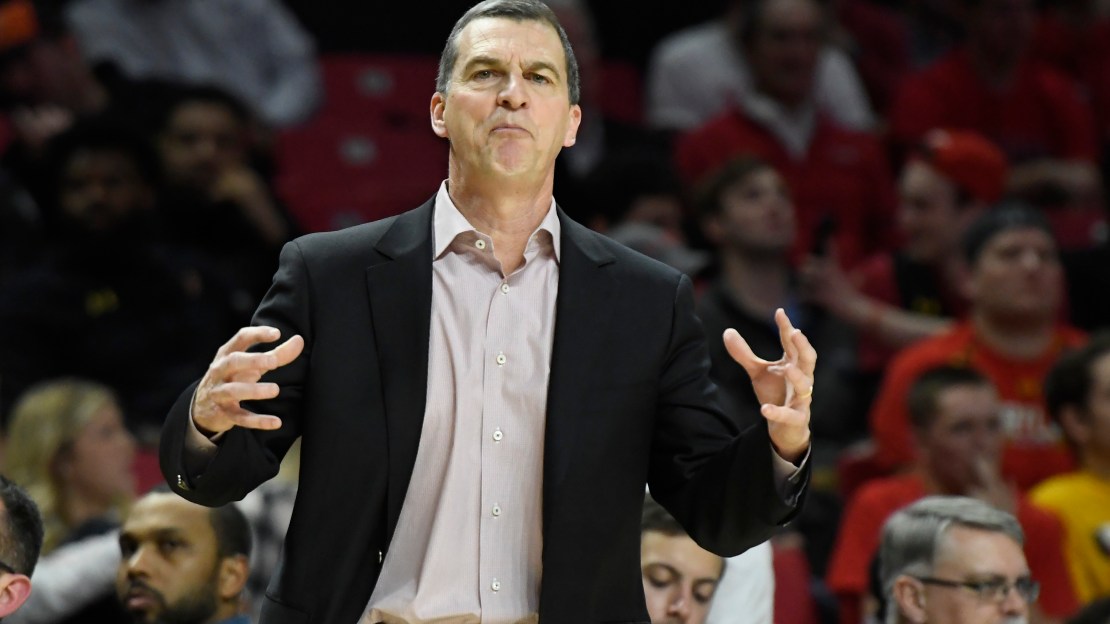 (AP) Sometimes, an uplifting victory can become the turning point of a trying season.

Maryland can only hope that its 73-57 rout of Northwestern on Saturday will turn out to be that kind of game.

Maryland had lost six of eight before coming up with its most lopsided Big Ten win of the season.

"We've been through it this year, but we continue to fight and we continue to get better," coach Mark Turgeon said. "It should give us a lot of confidence moving forward."

There would be no encore.

"We were feeling good about how we were playing," Collins said. "We were starting to hit our stride and felt like today was a great opportunity to play a good team on the road and get another chance to win. But we came up short. We were outplayed today."

The Terrapins made their first six shots and got 12 points from Huerter in bolting to 19-8 lead. After the Wildcats closed to 54-46 with 10 minutes left, Maryland used a 14-1 run to pull away.

Darryl Morsell had 14 points and nine rebounds for Maryland, which improved to 14-2 at home.

"We're a lot different team at home," Cowan said. "Our fans bring a lot of energy to the game. It's different on the road."

Scottie Lindsey scored 20 and Dererk Pardon had 12 for Northwestern (15-11, 6-7). Senior guard Bryant McIntosh, who scored 24 against the Wolverines, was blanked for the first time in his career on 0-for-5 shooting.

"Anytime a good player struggles like that, you have to credit the defense," Collins said. "They did a great job swarming him and for whatever reason, he was just a step slow with his energy today. We could just never free him up for clean looks."

The Terrapins shot 52 percent, made half their attempts from 3-point range and blocked five shots to go up 36-29 at the half.

After Huerter helped Maryland take control in the opening minutes, Cowan and Dion Wiley connected from beyond the arc to start a 10-2 run that made it 32-16.

Though the second half has proven troublesome for the Terrapins this season, there would be no letdown. Maryland scored the first seven points after halftime to go up by 14, and the Wildcats never threatened after that.

"At the beginning of the second half they kind of punched us in the face, and we couldn't catch up," Lindsey said.

Collins played for Duke back when the Blue Devils and Terps met in Atlantic Coast Conference play, so he understands how tough it is to beat Maryland on the road.

"I know from experience," Collins said. "I've been in this building for a lot of years. No matter what's going on with them, when they play at home – with the crowd and energy in this building – they're a very tough team to beat."

Maryland played perhaps its most complete game of the year, taking it to the Wildcats from start to finish.

"We didn't take any possessions off. We were dialed in the whole game," Cowan said. "We played with a lot of energy from the jump ball."

Northwestern: The Wildcats aren't going to win too many games in which McIntosh fails to score. Northwestern needs balanced scoring and team defense to win, and neither was available in this humbling defeat.

Maryland: The Terrapins are simply a different team when playing at home. Maryland looked confident and poised – qualities that seem to be lacking when the squad is on the road.

Northwestern faces Rutgers on Tuesday night to conclude a stretch of five of six games on the road.

Maryland travels to Nebraska in search of its second road win of the season.