How an Iowa grad turned an accident into a life of purpose: BTN LiveBIG 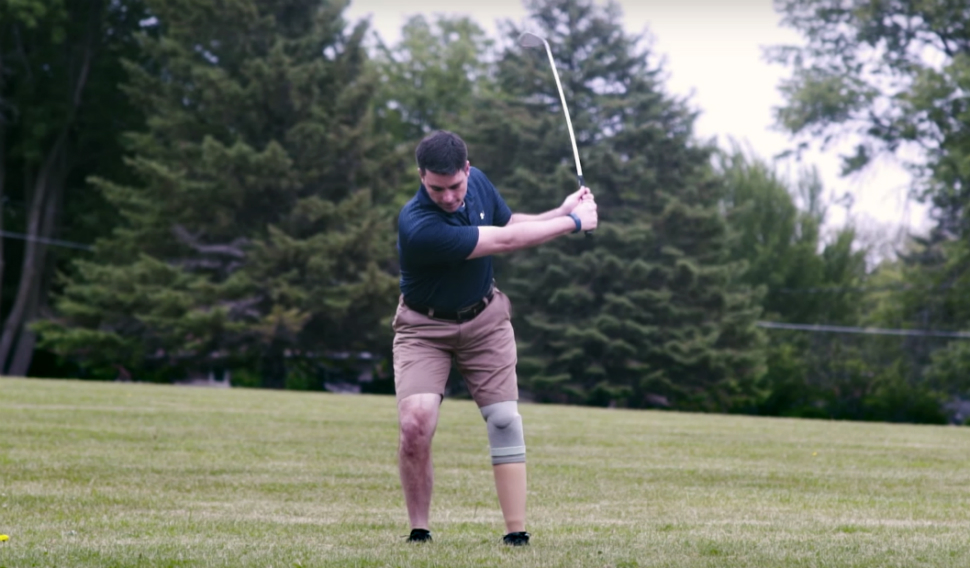 Sometimes you find your calling. Other times it is thrust upon you.

For Andrew Steele, his calling came in 1981 when, at 12 years old, he lost part of his leg in a farming accident.

He wouldn't realize the full impact of this moment on his life until many years later.

As a pre-teen boy, Steele was helped by Dale Clark, owner of Clark & Associates Prosthetics and Orthotics in Waterloo, Iowa, who fitted him with a prosthetic leg that helped him play baseball, football and golf throughout high school.

Clark & Associates provides prosthetic and orthotic solutions for patients, including treatment for prosthetic limbs. It has seven locations throughout Iowa, including the original office in Waterloo.

After earning an undergraduate degree from the University of Iowa and then a certification in prosthetics from Northwestern University, Steele went back to work with Clark. After 25 years with the company, he has been a managing partner for about 15 years, contributing to the company's business planning and financial analysis, in addition to his work with patients.

"I just did a Career Day lecture at my daughter's high school," he says. "To me it's been more of a calling than a vocation or a job. It isn't as if that's some sort of prerequisite, but it's nice to be able to make a connection. I've been very blessed "

Steele, an Iowa native, says he has the ability to connect with patients on another level, having gone through many of the same things they're experiencing.

"It's incredibly rewarding to be able to sit with a patient or their family," he says. "To know they're going to lose a leg is a really hard thing. I walk them through the process to calm them down. People going through that, the biggest fear is the unknown. 'I'm losing this leg. What's going to happen after this?' We tell them what their options are. It just brings that stress level way down. It's really rewarding to be that person to provide that."

That gives him an added sense of compassion, which makes all the difference in the world as patients try to grasp what is happening to their bodies.

"It garners their trust in you when people say, 'Oh, he's been through it.' I've been in the field for 25 years. And with all the technology that's available, it's really a privilege to be able to help people like this."

Especially for the kids. When he sees the Iowa football team and fans do their special "wave" — at the end of the first quarter, everyone waves to the kids at Stead Family Children's Hospital, which overlooks Kinnick Stadium — it holds a special place in his heart.

"It's great for me as an adult now, it's fun for me to see that," he says. "I know the effect those athletes have on kids that age."

That inspired Steele to stay in sports and realize he could do just about anything. That's saying something, considering the technology back then was rudimentary at best.

"The technology really hadn't evolved much since the '40s or '50s," he says. "It was really basic. Nothing fancy. You think of those traditional wooden legs, even though it wasn't made of wood. I think I must've just gutted it out."

Fast forward to today and prosthetic technology is on the cutting edge.

"In the last 10 years, the use of microprocessors in ankles and knees and elbows and hands is just amazing," he says. "You can program it to do a specific task or function at a certain level. It gives us a whole new repertoire of options to use. And the patients can be involved."

Patients can now use an app on their phone to tell the prosthetic to do different things. "They can pull it up and change what their knee is doing. You can go from walking to biking, then change it back to walking mode, just like that."

Patients really can do just about anything with these artificial limbs — even ski and snowboard. In fact, Steele just proved it by taking a group out on a trip down the slopes.

It came about from a patient who lost a leg in a motorcycle accident. He was an avid snowboarder and wanted to know if he could get back to it.

"We took him out to the local area, got him set up and made a few adaptations," Steele remembers. "And he just took off!"

One thing led to another, and Steele set up a day for any of his patients to get out on the slopes. Snow bunnies from age 5 to 65 came out. Some — like Steele — had never skied. Others thought they never would again. They all did, including Steele.

"There's a lot of confidence that comes with it," he says. "It really gives them confidence throughout their whole life. It's fun to help them out. On the way home, I said, 'We're doing this next year for sure.'"

Patients can now do just about anything they put their mind to. Andrew Steele will make sure of it.