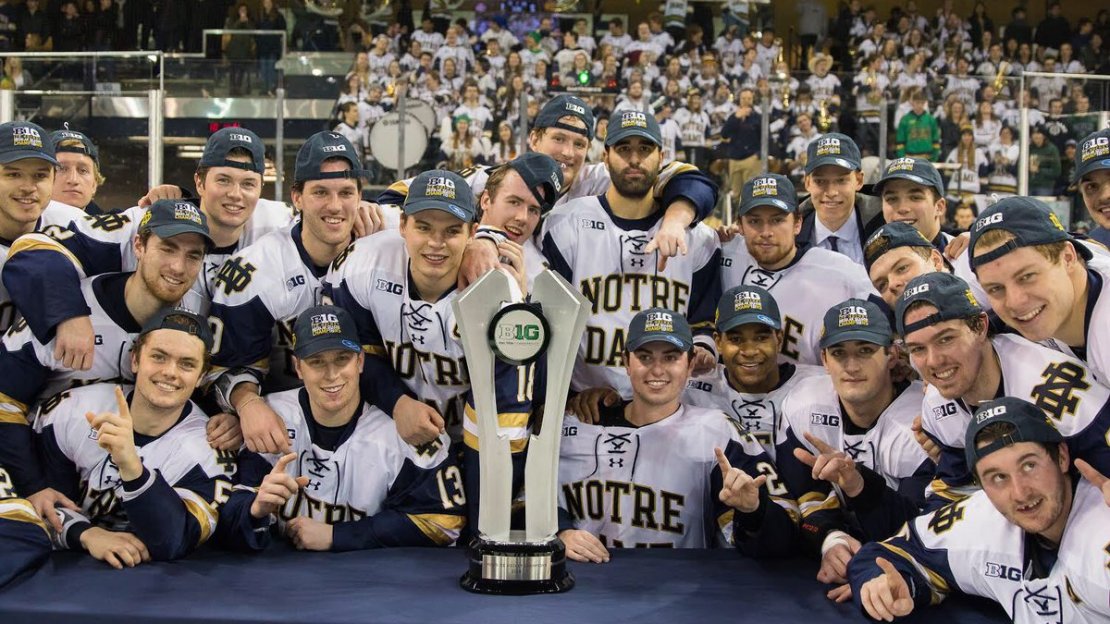 With a 2-1 victory Saturday over Ohio State, Notre Dame clinched the outright Big Ten Championship. In addition to their first Big Ten regular-season crown, the Fighting Irish (22-5-2, 16-2-1-1 Big Ten) secured the No. 1 seed and accompanying first-round bye in the upcoming Big Ten Tournament.

Andrew Oglevie netted his 12th goal of the season with the help of Dylan Malmquist and Cal Burke to put the Irish on the board halfway through the first period. Jordan Gross sealed the win with the eventual game winner in the second period, while Cale Morris recorded 31 saves to earn his 21st win of the season.

The 2018 Big Ten Tournament will feature a new three-weekend format with all games taking place on the campus of the higher-seeded teams. The tournament will open March 2-4 with three best-of-three quarterfinal series, as the second-, third- and fourth-seeded teams will each host a series.

?? year in the Big Ten, ?? sweet piece of hardware.#GoIrish pic.twitter.com/FZafID53aE