Robbie Hummel previews No. 14 Ohio State at No. 3 Purdue on BTN/BTN2Go 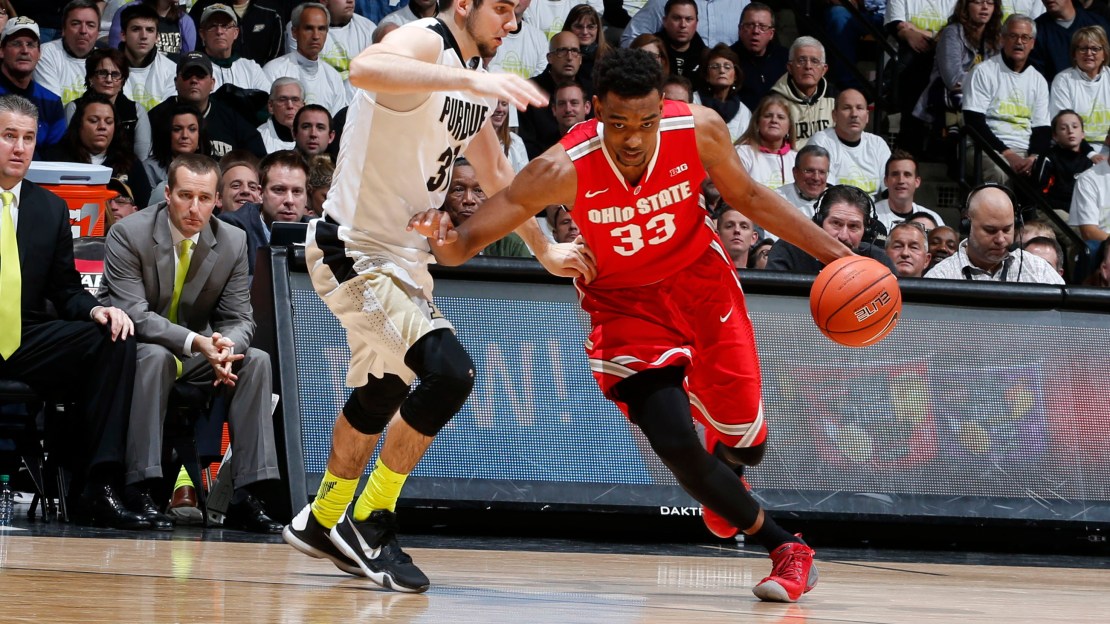 The Boilermakers enter the game at 12-0, winners of a program-record 19 in a row, while the Buckeyes sport an 11-1 clip, including a rout over then-No. 1 Michigan State last month.

To preview the highly anticipated matchup, I sat down with former Purdue star and current BTN analyst @RobbieHummel.

Purdue will win if … they rebound and defend. They're going to make shots, I'm not worried about that.

Ohio State will win if … they get big contributions from two guys other than Keita Bates-Diop.

How does Dakota Mathias match up against Keita Bates-Diop? (Mathias) has great feet. He's really smart and good at moving his feet. He's going to have to study Keita. Keita's an interesting matchup, because he's so long and can get over anyone – probably more than any player other than maybe (Miles) Bridges.

Under-the-radar Purdue player: Ryan Cline. He's always an x-factor. He can come off the bench and make an impact. He still hasn't shot a free throw (this year), even though he's driving more, usually always to pass. You'd think someone would foul him at some point.

Under-the-radar Ohio State player: I'd say Kam Williams, but he's suspended. I'll go with Andre Wesson. He's capable of making a 3; if he can hit, it will help spread the court and give the other guys more room to work.

Where does Purdue have the edge? On the offensive end. You can always throw it down to Isaac (Haas). If you double him, you're taking a guy away from someone who shoots 40 percent from 3.

Where does Ohio State have the edge? They have the Big Ten player of the year in Keita Bates-Diop.

With No. 4 Michigan State on the schedule Saturday, does Purdue start preparing for it now? You just prepare for the first one. Once it's over, you can start on the next one.

If you're talking Ohio State-Purdue with Hummel, one isn't doing his job if he/she doesn't show highlights from the 2010 game in West Lafayette. Hummel scored 29 of his career-high 35 points in the first half, before eventual national player of the year and No. 2 pick in the NBA draft Evan Turner answered with 23 second-half points in a comeback victory.

Relive the madness in the video above.