Dienhart: Setting the table for the Big Ten's Big Three 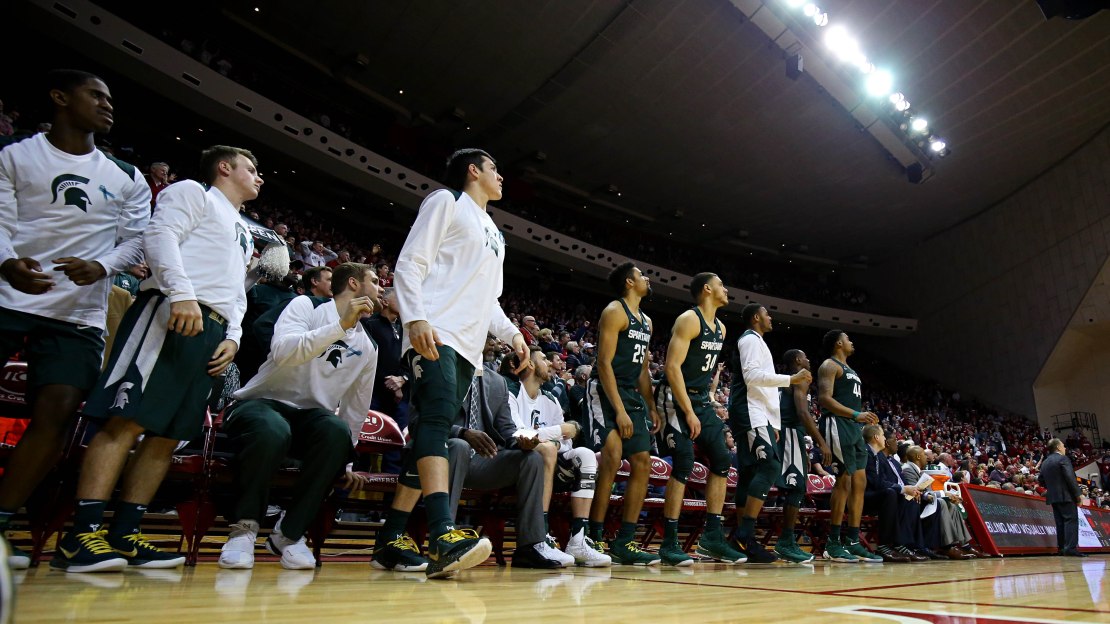 It took a while, but it's finally here ? the week we all have been waiting for, the week that will have the most impact in determining which school will win the Big Ten title: No. 3 Purdue, No. 14 Ohio State or No. 4 Michigan State.

At the epicenter of this epic week is Purdue, which is the midst of a season for the ages. On Wednesday night, the first-place Boilermakers (12-0 Big Ten) will play host to second-place Ohio State (11-1). Then, on Saturday, Purdue plays at third-place Michigan State (10-2). What's unfortunate is these three heavyweights-who are a combined 33-3 in Big Ten play this season-play each other just one time. Ohio State beat Michigan State in Columbus earlier this season, 80-64.

If Purdue coach Matt Painter's team can slay Ohio State and Michigan State, it will be very difficult to catch. In fact, a sweep by the Boilermakers this week would give the program a great chance to finish 18-0 in the Big Ten. The last time that was done was by Bobby Knight's iconic 1975-76 team that went 32-0 overall en route to winning the national championship. As it is, the Boilers' 12-0 Big Ten start is the best in the conference since Indiana began the 1992-93 Big Ten season 13-0. Illinois' 2004-05 team began 15-0 in the Big Ten.

Even a split by Purdue (most ideal for the Boilers would be to beat OSU; lose at MSU) still would have Purdue a game up on both the Buckeyes and Spartans down the stretch in its quest to win the Big Ten again and stay on course for an NCAA Tourney No. 1 seed, which the Boilermakers haven't achieved since the 1995-96 season.

This run by the Boilers is especially impressive when you consider Purdue lost 2017 Big Ten Player of the Year Caleb Swanigan from last season's Big Ten title team. Without Swanigan, the Boilermakers are even better as they ride a school-record and national-high 19-game winning streak into Wednesday's showdown in Mackey Arena. The 23-2 Boilers have not lost since dropping back-to-back games in the Battle 4 Atlantis in the Bahamas on Nov. 22 (Tennessee) and Nov. 23 (Western Kentucky). Amazing.

No one envisioned the Buckeyes being in this spot. Flipping through a Street & Smith preseason basketball magazine, the Buckeyes were projected to finish 13th, ahead of only Rutgers. Hard to argue with that prediction at the time of publication. Ohio State was coming off a 17-15 season (7-11 Big Ten), missing the postseason for the first time since Thad Matta's debut in 2004-05 when the program was ineligible. Matta-who was battling health issues-cleaned out his office after 13 mostly stellar seasons.

The Buckeyes went out and hired Chris Holtmann from Butler, and it has proven to be a prescient move by A.D. Gene Smith. No school has been a bigger surprise than Ohio State, which had lost three of its top four scorers from 2016-17. And no player has been a bigger surprise than Keita Bates-Diop, who missed the final 18 games of last season with a stress fracture in his left leg after averaging 9.7 points and 5.2 rebounds. This season, Bates-Diop leads the Big Ten in scoring with a 20.2 average and is No. 3 in rebounding with an 8.9 average.

But here are the Buckeyes, making an improbable push for their first league crown since 2011-12 when they tied with MSU. If not for an improbable last-second bank shot by Penn State's Tony Carr that beat the Buckeyes, 82-79, last month, OSU would be 12-0 in the Big Ten and tied with Purdue.

As it stands, this 20-5 Buckeye squad has rarely slipped, only falling to Gonzaga (86-59) and to Butler (67-66 OT) in the Phil Knight Invitational in Portland, to Clemson (79-65) in the Big Ten/ACC Challenge and to North Carolina (86-72) in the CBS Sports Classic in New Orleans in addition to the flop vs. Penn State in Columbus.

Then there is Michigan State, which was the consensus pick to win the Big Ten, something the Spartans haven't done since 2011-12. Many hailed this MSU team as the "most gifted" in the era of Tom Izzo, who is in his 23rd season in East Lansing. That's a big statement when you consider Izzo has been to seven Final Fours and won the 2000 national title.

Michigan State started well. Following an 88-81 loss to No. 1 Duke in Chicago in the State Farm Champions Classic, the Spartans got on a roll and earned the No. 1 ranking before losing, 80-64, at Ohio State on January 7. Two games later, the Spartans were stunned at home by Michigan, 82-72. Since then, MSU has won six in a row as it plays amid a swirl of ugly headlines that have engulfed the school and athletic department.

You have to like the 22-3 Spartans' chances to win out. If that happens, Michigan State could earn a No. 1 seed in the Big Dance-depending on how Purdue performs down the stretch.

So, the team, Michigan State, that's two games behind in the standings has the most manageable schedule, by far. If Ohio State upsets Purdue on Wednesday and Michigan State drops Purdue in East Lansing this weekend, it will be a wild three-team race to the finish. Stay tuned, because this figures to be a lot of fun, regardless of this week's results.