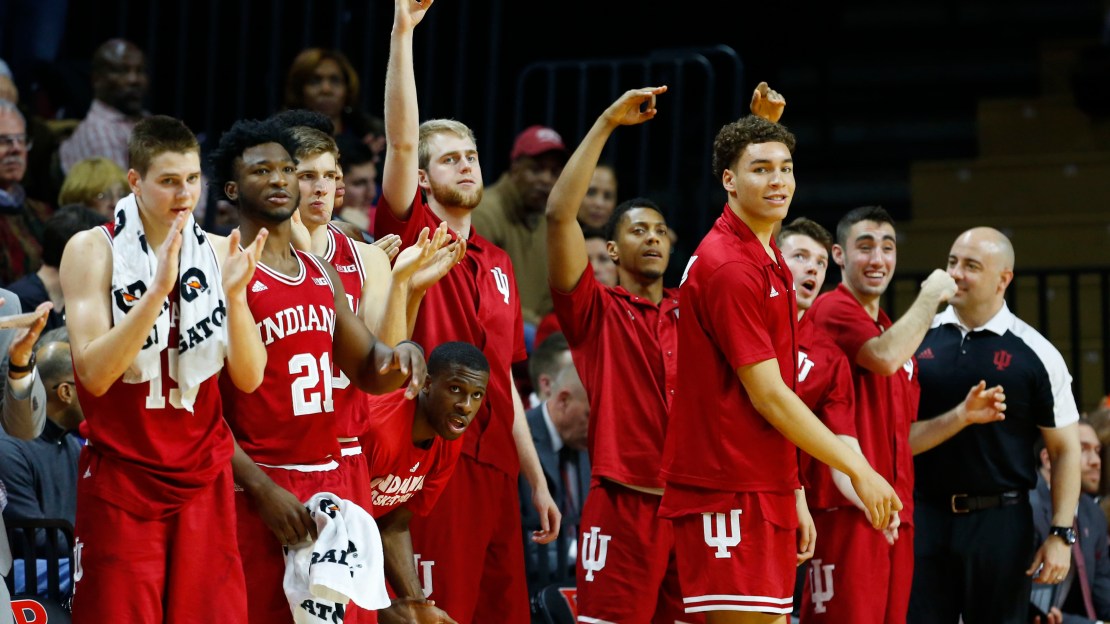 (AP) After falling to .500 coming off four straight losses at the end of a stretch of seven games in 17 days, Indiana was desperate for a win to keep the rebuild season meaningful.

Juwan Morgan and Robert Johnson helped the Hoosiers do just that.

Morgan had 24 points and eight rebounds and Johnson scored 19 points to lead Indiana past Rutgers 65-43 on Monday night.

"We had two keys in the game, they were Morgan and Johnson," Rutgers coach Steve Pikiell said. "Obviously didn't do a good job on either of those."

"It feels good. We've been having a lot of back-to-back games so it's been tiring, so it's good to have a break," Indiana guard Devonte Green said, adding, "it gives us a little bit of confidence."

"The one thing is, you can't make excuses," Indiana coach Archie Miller said. "You can't use turnarounds and things like that as excuses, you have to be ready. When the ball is tipped, the most ready team usually has the best chance to get off to a good start. I thought tonight we were ready."

Rutgers (12-14, 2-11) was led by Deshawn Freeman, who had 13 points, eight rebounds and three steals, as the Scarlet Knights shot 24.1 percent (13 of 54) from the field and tied their lowest scoring output of the season.

"Just keeping to our principles. What we practice every day on," Freddie McSwain Jr. said of the team's defense. "It was just a great team defense and everybody just being scrappy."

Indiana: The Hoosiers climb closer to .500 in the Big Ten as they try to move up in the standings. While first place is a three-team race, teams in the middle of the pack are jockeying for position in the Big Ten Tournament.

Both teams were coming off home losses against Top-5 teams on Saturday night. Rutgers lost to No. 3 Purdue 78-76 while Indiana lost to No. 4 Michigan State 63-60.

Rutgers will continue to look for its first win vs. Indiana, as the Hoosiers improved to 6-0 all-time against the Scarlet Knights in a series that dates back to 1980.

Rutgers: At Nebraska on Saturday afternoon.