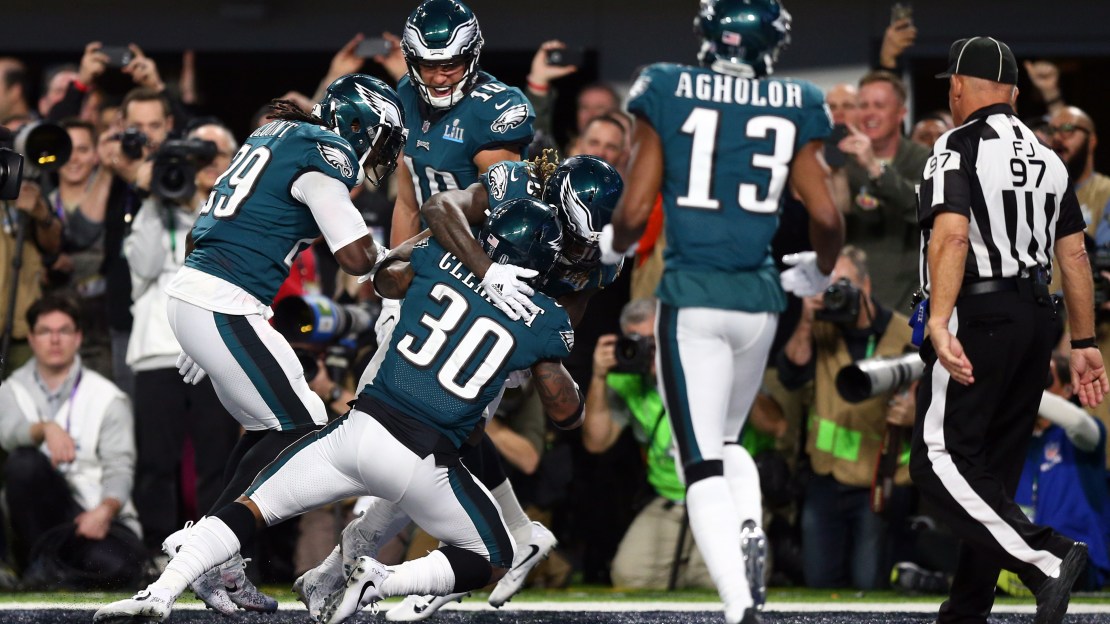 Philadelphia RB Corey Clement (Wisconsin), undrafted in the 2017 NFL Draft, caught four passes for 100 yards and a touchdown and Philadelphia DL Brandon Graham (Michigan) registered a late sack-fumble on Tom Brady (Michigan) to help lead the Eagles to their first Super Bowl in a thrilling 41-33 victory.

Speaking of Brady, the five-time Super Bowl champion, he threw for a Super Bowl record 505 yards, and tossed a trio of scoring strikes.

* Indicates a player who attended school before it entered the Big Ten.

And here are some stats from the Big Ten stars of the night:

Former @B1Gfootball players had a hand in five of the nine TDs in Super Bowl LII.

(Include one-time MSU QB Nick Foles, and it's all but one.) pic.twitter.com/7KoNSuMmLd

The only running backs in #SuperBowl history with 100 receiving yards:

Tom Brady is the 1st QB in NFL history to lose a game with at least 500 passing yards, 3 TD and 0 interceptions (regular season or playoffs). pic.twitter.com/fryLNXdBIO