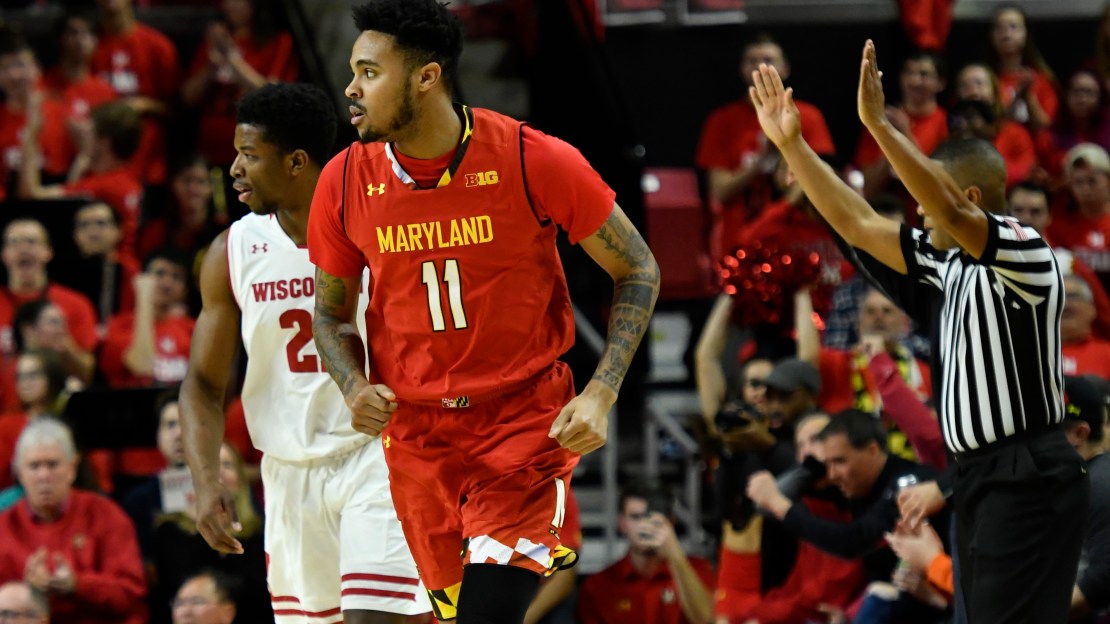 Huerter's driving layup with 1:25 left put the Terrapins up 62-60. After a Wisconsin misfire on the other end, Huerter bounced a runner off the glass.

Brad Davison answered with a 3-pointer for the Badgers with 10.6 seconds left. Cowan then made two foul shots for a three-point cushion, and Maryland's Dion Wiley sealed the victory by swatting away a layup try by Davison.

The Terrapins (16-9, 5-7) ended a three-game skid and won for only the second time in seven games.

Ethan Happ scored 18 points for Wisconsin, which has lost eight of nine. The Badgers are 1-8 on road, including 1-6 in the conference.

After being outscored 18-1 by Northwestern at the outset of Thursday night's game, Wisconsin flipped the script and bolted to an 18-11 lead.

The advantage stood up until Davison and Nate Reuvers each scored four points in an 11-2 spree that put Wisconsin on top with 9:42 remaining.

Maryland won despite 9-for-22 shooting in the second half.

Wisconsin: Barring a stunning turnaround, the Badgers will need to win the Big Ten Tournament to get an NCAA bid. Coach Greg Gard can only hope this youthful squad will benefit in 2018-19 from the experience gained this season.

Maryland: The Terrapins' tepid performance against a young, struggling team did little to convince anyone that they have the ability to finish this disappointing season with a flourish.

The Terrapins were without 7-foot-1 center Michal Cekovsky, who was in a walking boot after bruising his left heel in practice last week. Maryland lost Justin Jackson (shoulder) and Ivan Bender (knee) in December.

Maryland encouraged fans to wear red on "Red-Out Day," so the Terps wore their red road uniforms and the Badgers wore white.

Wisconsin: On the road Thursday at Illinois, a team the Badgers have defeated 12 straight times.

Maryland: At Penn State on Wednesday. The Terps beat the Nittany Lions 75-69 on Jan. 2.