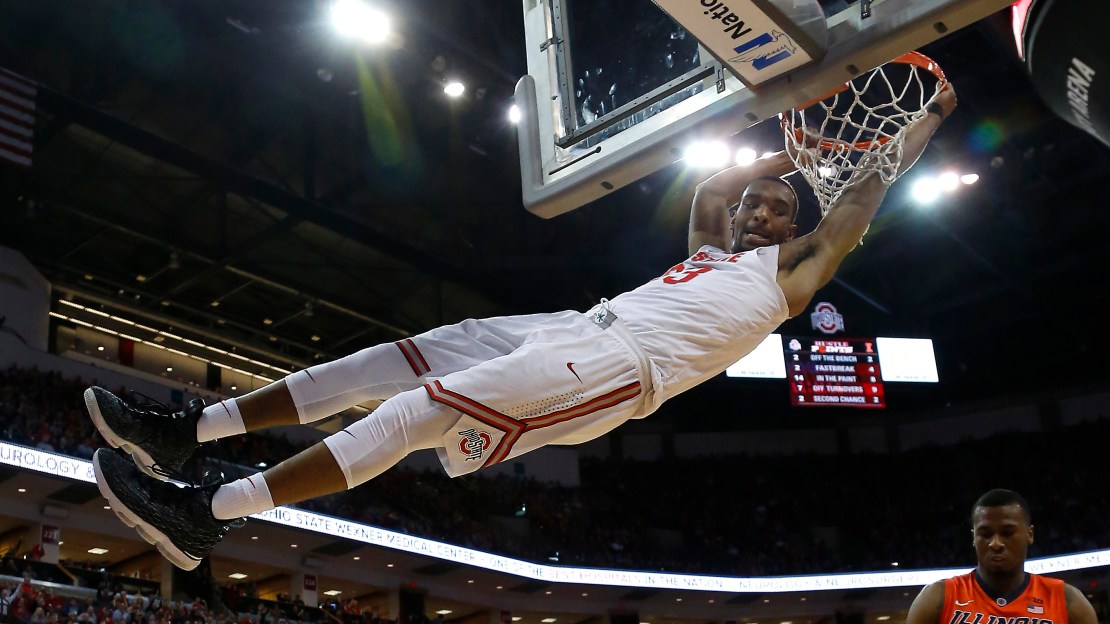 The Buckeyes, playing without suspended guard Kam Williams, overcame an Illinois lead to tie the score at the 5-minute mark. But they wouldn't get the game in hand until Kaleb Wesson grabbed an offensive rebound and put it back up with 48 seconds left. That gave the Buckeyes a 72-67 lead, and any momentum Illinois had was gone for good.

Jae'Sean Tate scored 11 points for the Buckeyes (20-5, 11-1), who have won three straight and 10 of their last 11. They move on to a showdown with No. 3 Purdue on Wednesday to determine first place in the Big Ten.

Bates-Diop had 17 of his points in the first half – 11 straight in one stretch – when Ohio State had to dig its way out of a 15-point hole. He finished with his 10th double-double of the season.

Buckeyes coach Chris Holtmann, in his first year at Ohio State after a successful run at Butler, now has won 20 or more games in each of his last five full years as a head coach.

The loss snapped a two-game winning streak for Illinois (12-12, 2-9). The Illini have yet to win a game on the road this season.

Illinois: The Illini fought gallantly but didn't have enough to beat the more talented Buckeyes.

Ohio State: The Big Ten bottom feeder gave the Buckeyes a scare. Did they miss Williams, whose suspension for an unspecified violation of team rules was announced hours before the game? Were they looking ahead to Purdue?