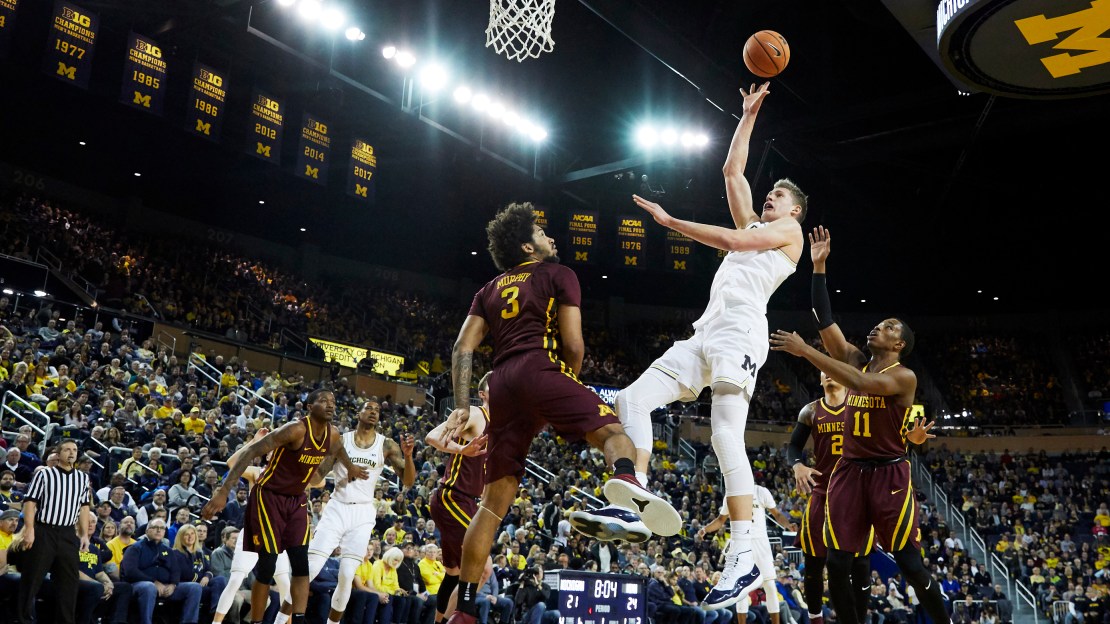 (AP) Muhammad-Ali Abdur-Rahkman made a tiebreaking three-point play with 3.8 seconds left and finished with 17 points as No. 24 Michigan held on to beat Minnesota 76-73 in overtime on Saturday.

The Wolverines (19-6, 8-4 Big Ten) needed the extra time to win because they struggled to shoot from the field and the line. And they failed to slow down a pair of guards.

The Golden Gophers (14-11, 3-9) were in a position to end their longest losing streak of the year because freshman Isaiah Washington had a season-high 26 points and Nate Mason scored 22 points, including a 3-pointer with 5.3 seconds left that tied the game.

Mason was just short on a shot from about 30 feet that would have forced a second overtime.

Michigan's Zavier Simpson made a layup and a 3-pointer – after missing his first seven attempts beyond the arc – to give his offensively challenged team a four-point lead with 2:50 left in the extra period.

The Gophers tied the game with 11 seconds left, but couldn't keep Abdur-Rahkman from making what the game-winning play on a hard-charging drive for a layup on which he was fouled by Jamir Harris.

Moe Wagner had 16 points and 10 rebounds, Simpson scored 15 and Charles Matthews had 13 points for the Wolverines, who have won four straight at home. Michigan made just 44 percent of its shots from the field and was 8 of 32 from the 3-point line.

Minnesota's Jordan Murphy fouled out in overtime with 12 points and six rebounds.

Minnesota: The short-handed Gophers, who played just seven players, extended their season-long losing streak to five games. Minnesota was without Reggie Lynch because of an investigation into sexual assault allegations along with Amir Coffey (right shoulder) and Gaston Diedhiou (ankle) due to injuries.

Michigan: The Wolverines will lose some games they should win if they don't shoot better at the free throw line. They were 12 of 28 at the line, an area that has been a season-long weakness.