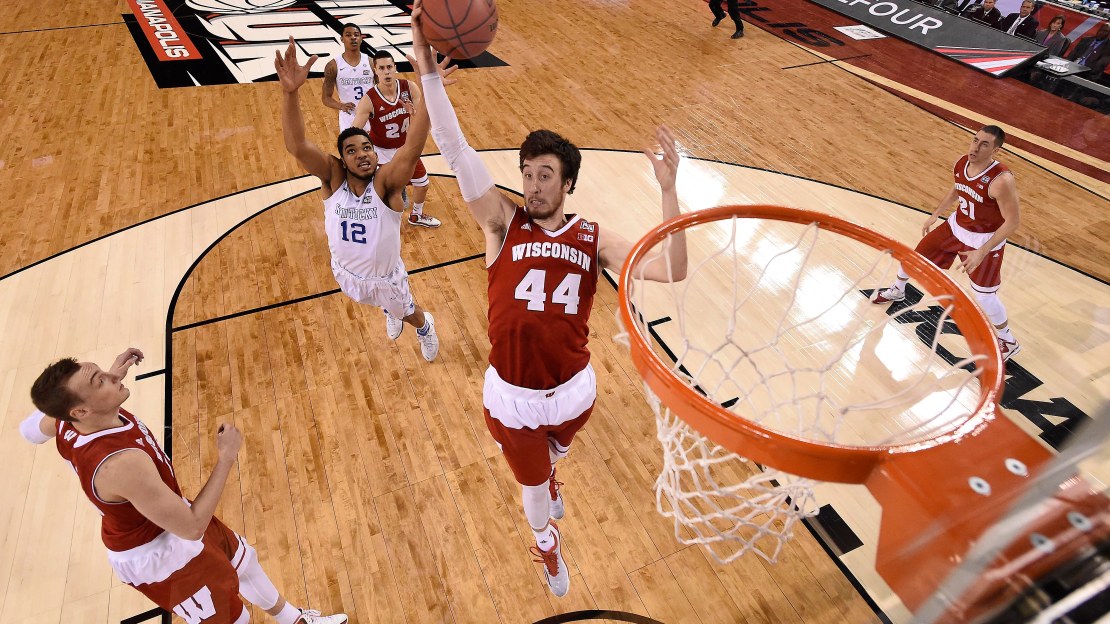 Let's make this perfectly clear: Purdue's Glenn Robinson has been the most dominant player the Big Ten has seen in the last 25 years. And, it's not even close.

But Robinson did more than stuff the stat sheet: He was a winner, too. He almost single-handedly led the Boilermakers to the Big Ten title in 1993-94, a No. 1 NCAA seed and the Elite Eight during a 29-5 season. He seemingly could score at will … inside, outside. There was no shot he couldn't take … and make. Robinson was unstoppable and went on to be the No. 1 pick in the 1994 draft.

Recently, I was asked via Twitter: Who are the best Big Ten players since Robinson?

Here are my eight picks, in alphabetical order.

Eric Gordon, Indiana 2007-08. The focus of an intense recruiting battle between Illinois and Indiana, Gordon was an instant star in Bloomington. He played just one season but averaged 20.9 points. Gordon was named Big Ten Freshman of the Year, first-team all-conference and third-team All-American. He was the No. 7 pick in the 2008 draft.

Frank Kaminsky, Wisconsin 2011-15. He led the Badgers to an incredible two-year run, as UW went 30-8 his junior year and 36-4 his senior season with a Final Four and national runner-up finishes, respectively. As a senior in 2014-15, Kaminsky was national player of the year and a consensus All-American. He was the No. 9 pick in the 2015 draft.

Greg Oden, Ohio State 2006-07. He played one sensational season in Scarlet and Gray, teaming with Mike Conley to lead the Buckeyes to a 35-4 record and the national title game. A ferocious defender, the seven-footer averaged 15.7 points and 9.6 rebounds en route to becoming the first freshman to earn first-team All-American honors since 1990. He was the No. 1 pick in the 2007 draft.

Shawn Respert, Michigan State 1990-95. His career overlapped with Glenn Robinson, but Respert stayed for one more season. And it was special effort in what was a special season in 1994-95. He led the Spartans in scoring all four seasons and left as MSU's all-time leading scorer (21.3 ppg) and the Big Ten's all-time leading scorer in league games. The 6-1 Respert averaged 25.6 points his senior year when he was consensus All-American under Jud Heathcote. No Big Ten player has averaged as many points in a season since. He was the No. 8 pick in the 1995 draft.

D'Angelo Russell, Ohio State 2014-15. The 6-5 Russell was a superstar in his only season on campus, leading the Big Ten in scoring with a 20.3 average. He was a consensus first-team All-American who was the No. 2 pick in the 2015 draft.

Deron Williams, Illinois 2002-05. He was the alpha dog during a magical 2004-05 season in Champaign that saw the Illini go 37-2 and play in the national championship game. That season, Illinois went undefeated until the last game of the regular season, when they lost to Ohio State by one point. Fans never will forget Williams' effort in an NCAA tourney comeback win over Arizona. Illinois rallied from a late 15-point deficit to win, pushing on to the Final Four. Williams made the game-tying 3-point shot with just 38.5 seconds left in regulation. He then hit the go-ahead 3-pointer in overtime. Williams skipped his senior season and was the No. 3 pick in the 2005 NBA draft.